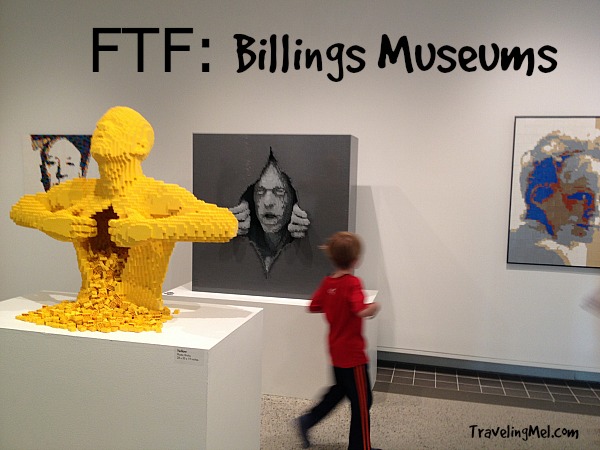 On Fridays, I (sometimes) post about our field trips exploring near home. Pack a lunch and hop in the car– here’s what you need to know to plan your own field trip.

I was at one of my kids’ soccer games last week–don’t ask which, between games and practices, we have soccer four days a week. Better than last year when it was five days a week. At one of these games, my friend Lesa mentioned a Lego exhibit at the Yellowstone Art Museum in Billings.

We eat, breathe, and talk Lego around here. The boys are obsessed. That’s all they want for every holiday and birthday. We own one zillion Lego bricks. We had to go to the “Art of the Brick” exhibit, it was made for us.

Because you will ask: The exhibit runs through January 4, 2015.

And it was pretty cool, even if you are merely the mom of Lego-obsessed boys and don’t really care about Lego yourself. The exhibit, by Nathan Sawaya is traveling around North America and Australia. We feel pretty lucky it came to Montana. 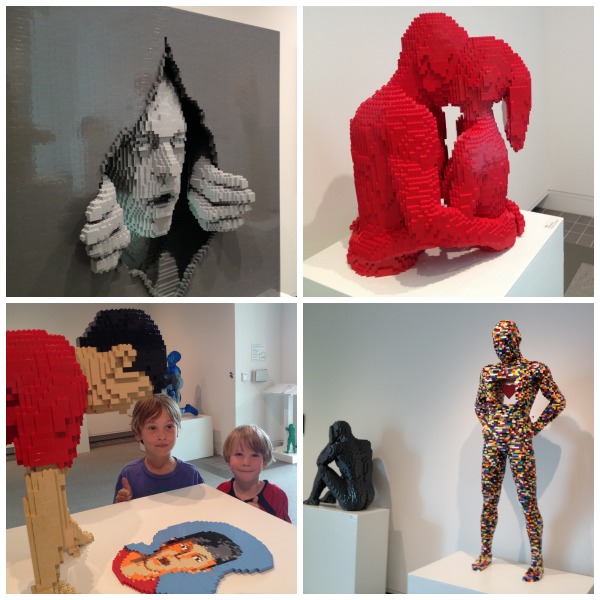 It was the first time I heard my boys exclaim, in an art museum, “This is so cool!” They were genuinely excited and impressed. It may be a gateway art.

Outside the exhibit rooms, the museum set up a few tables with lots of bricks. The kids played there for 45 minutes while I looked around the rest of the museum. I had to tear them away. And remember, this is exactly what they do for hours at home every day. 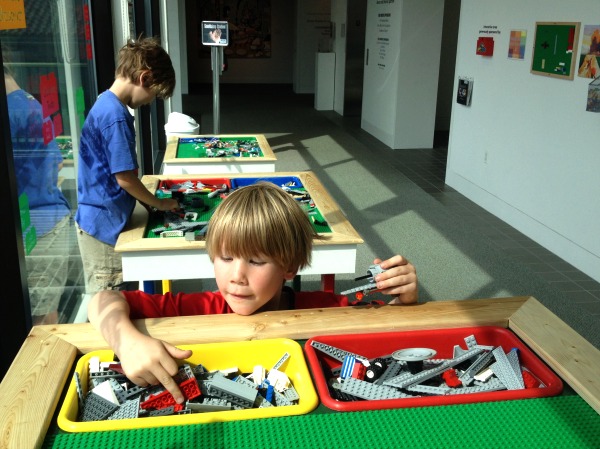 As long as we were in Billings we decided to check out the Yellowstone County Museum. I’ve been wanting to see their two-headed calf for years and never got around to it.

Obviously, the calf was rad, but the rest of the museum is really neat, too. Even though Billings is the largest city in Montana (population nearly 105,000), the museum has a small town feel, with lots of great stuff. And the view over Billings is pretty spectacular. 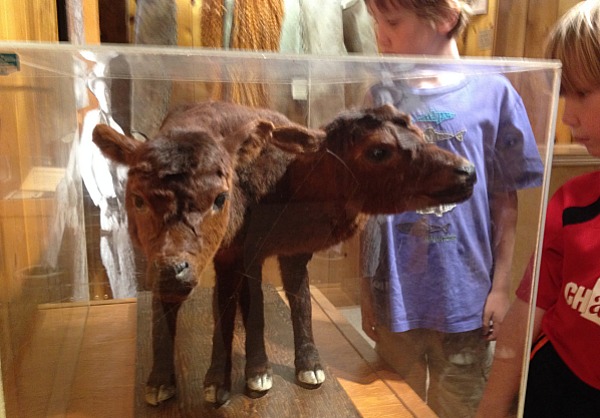 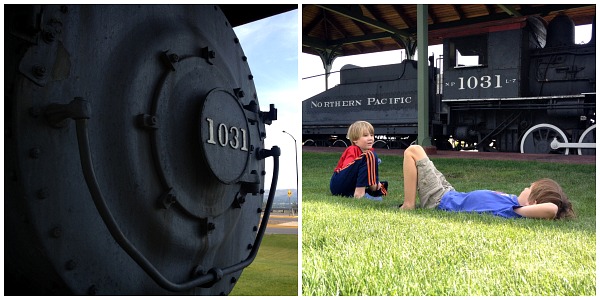 Our last stop was at Bricks and Minifigs, a Lego store. They sell the regular box sets of Lego, but they also have bulk bins where you buy by the pound. We were more looking than shopping this time, which no doubt encouraged the kids’ drooling and lustful feelings. 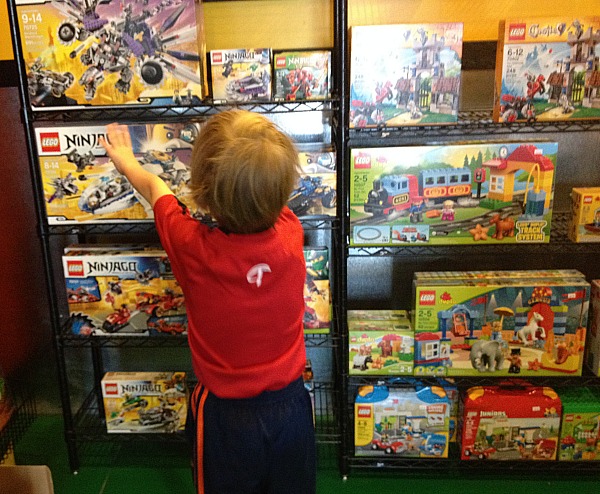 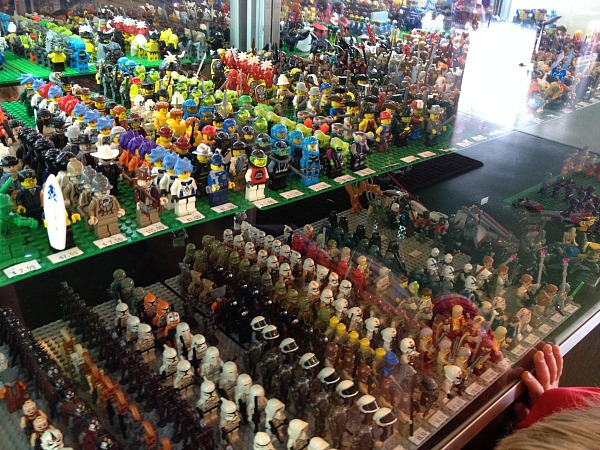 What: The Yellowstone Art Museum and Yellowstone County Museum
Why: Traveling Lego exhibit and two-headed calf.
Where: Billings, Montana! Both are on 27th Avenue. Follow the links above for specific directions.
Who: Lovers of kitch.