On Fridays, I (sometimes) post about our field trips exploring near home. Pack a lunch and hop in the car– here’s what you need to know to plan your own field trip. 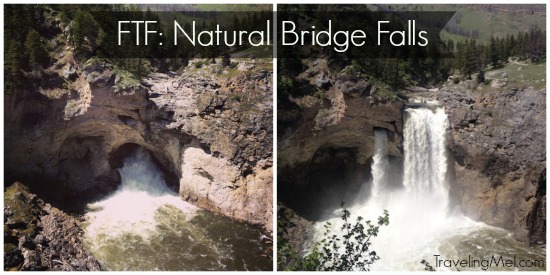 Natural Bridge Falls is about an hour from here, but its a place I seem to forget about. I don’t think we’ve been there in four years. We made up for it this year with two visits.

We met our friends April, Summit, and Journey at the falls a couple Mondays ago. The water was strong, but not strong enough to make a waterfall.

The thing about the falls is that it is only a waterfall when the river is really high. Until then, the Boulder River drops into a hole in the limestone and comes out mid-cliff downstream. Still very cool.

The falls gets its name from the natural bridge that once spanned the river, but collapsed in 1988.

When you visit at high, but not high enough, water, it comes gushing out of that hole like a fire hose.

We walked around the short trails, then dropped down to the stream bed between where the river disappears and reappears. The kids had a blast dipping their toes in puddles, climbing over rocks, and discovering fossils. We found shells fossils all over the place and corals that looked like lizard skin.

(We kind of hoped it was lizard skin, but April sent a photo to a scientist at Montana State University who identified it as coral. Still cool.) 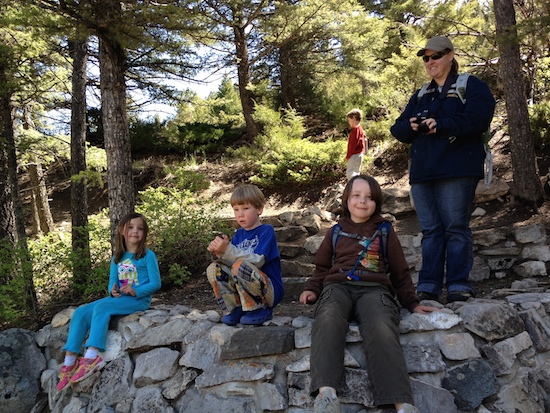 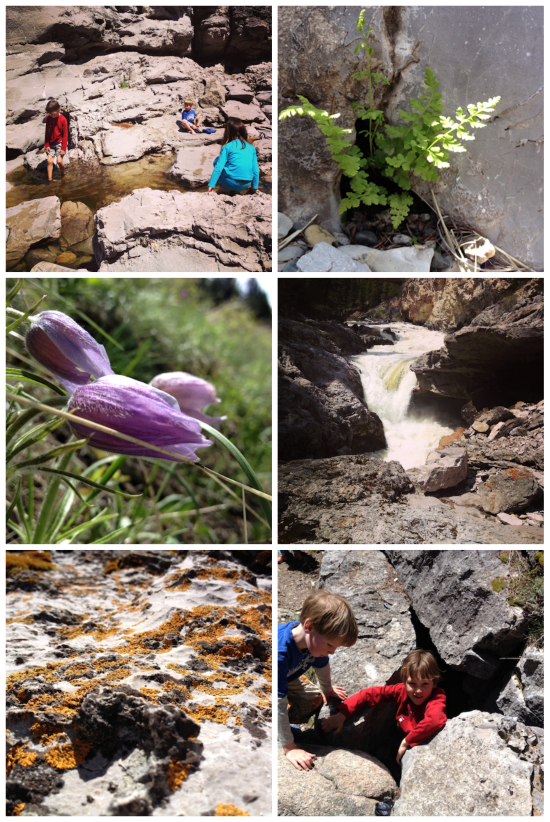 Back home, and after some more research by April, and another friend we ran into at Natural Bridges, Sara, we learned that the river needs to near 5,000 cubic feet per second to go over the top of the falls. It was under 2,000cfs when we thought there was so much water.

April and family went back the next Saturday and sent pictures of the now-full waterfall. We had to go. Sara and I met the following Monday when the water was just under 5,000cfs. That was May 26, and after that it went even higher. 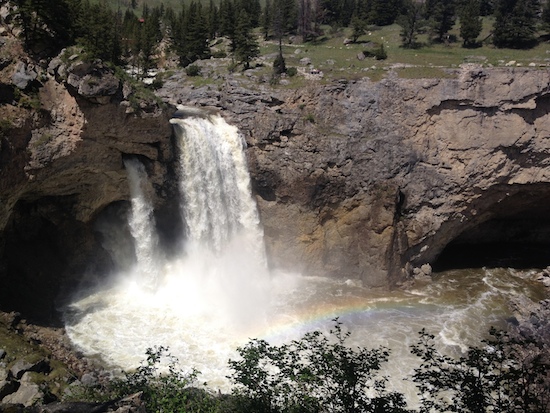 We hiked to the bottom of the falls and sat in the mist for an hour. Despite the busy parking lot, we were the only ones down there save for a couple that popped down for a couple minutes. It was the first time the boys and I had ever seen the waterfall. That roar of water was well worth a second trip. 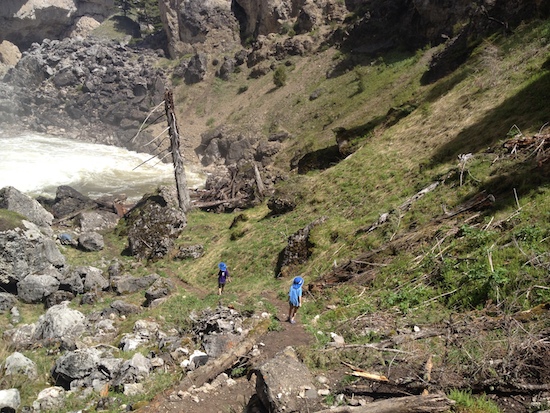 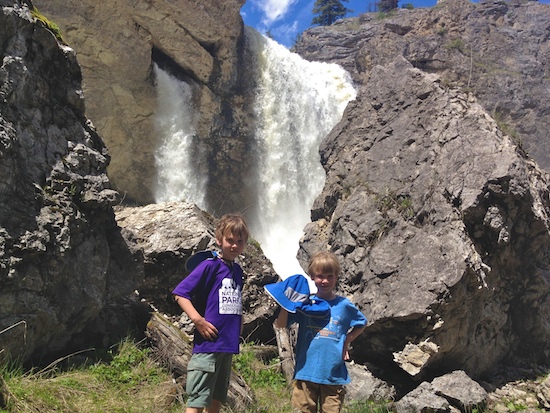 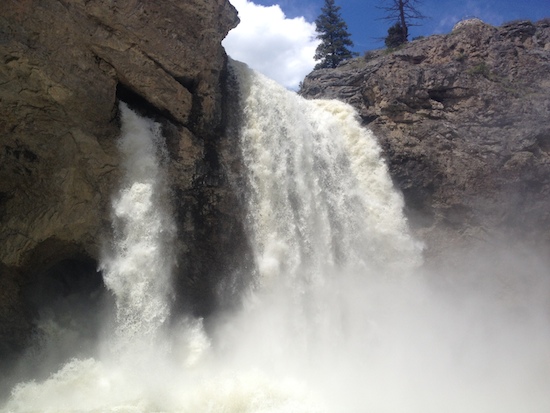 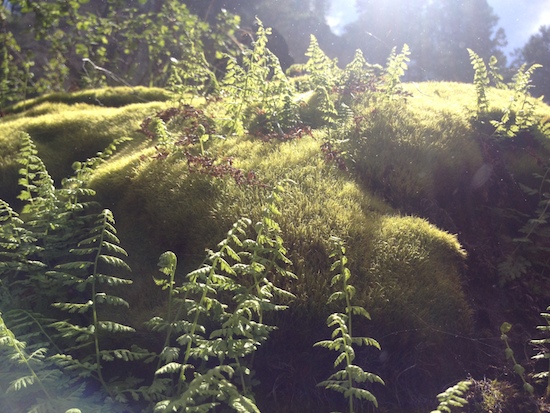 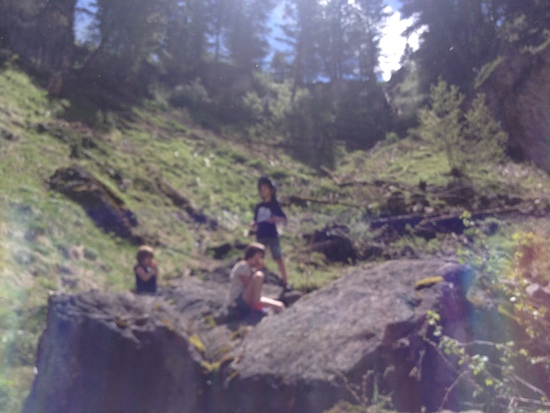 Before you go, check the U.S. Geological Surveys real-time water data for the Boulder River near Big Timber. When flows close-in on 5,000cfs, its time to go. Or go whenever, if the falls arent the main draw for you.

What: Natural Bridge Falls (maintained by the U.S. Forest Service)
Why: 100-foot waterfall (or disappearing river), wildflowers, trees, fossils, picnicking
Where: On the main branch of the Boulder River just south of McLeod (26 miles south of Big Timber) in the Gallatin National Forest.
Who: You! The Gallatin National Forest maintains a couple picnic tables, trails (including handicap-accessible route), and viewing platforms with interpretive signs.