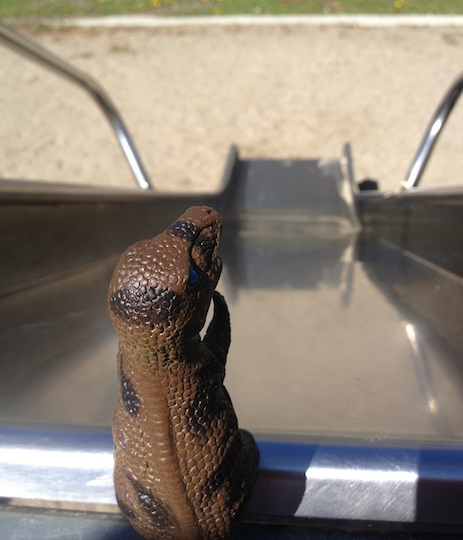 I’ve been MIA here on the blog for a bit, and not reading all my favorite blogs, because we have been out of town. We took an exotic family vacation (except Henry was working and we were in Provo, Utah and Idaho Falls, Idaho). While Henry toiled away webcasting polar bear scientists and filming fly tiers, the boys and I explored. 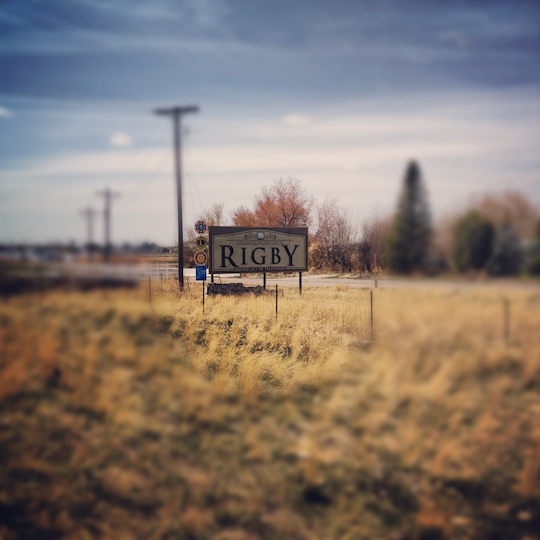 Driving through Rigby, Idaho on the way down south. Birthplace of the t.v., and of course, the world’s cutest dog. 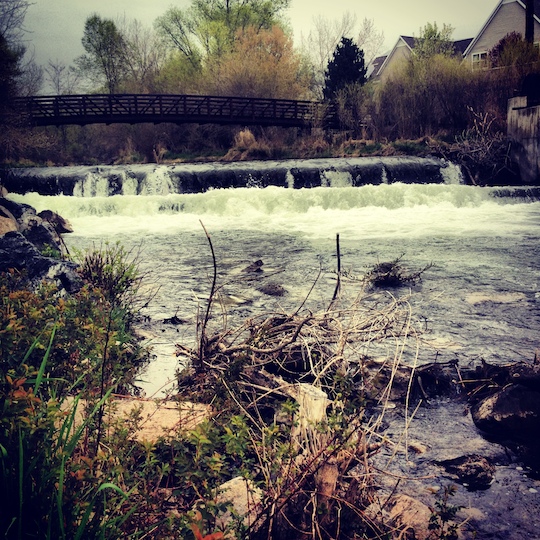 Provo Creek near our hotel

The first day we went to the Museum of Ancient Life. It was raining and the boys are very into dinosaurs and ice age mammals and other things I’ve pretended to be interested in ;). The museum was great, though. It’s interactive, interesting and they have a Mammoth Screen 3D Theatre. 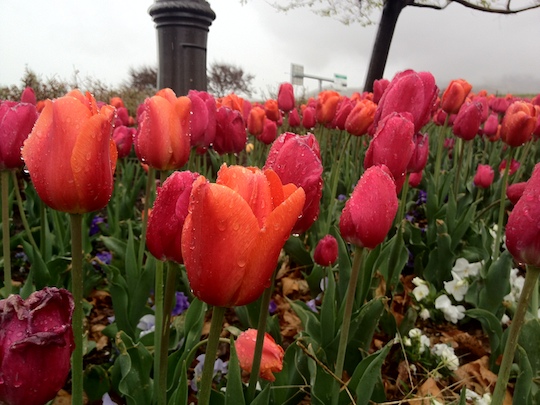 Tulips outside the Museum of Ancient Life. 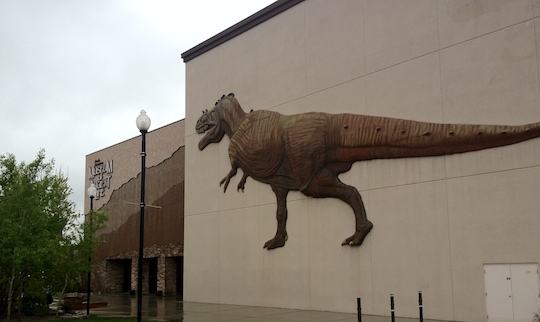 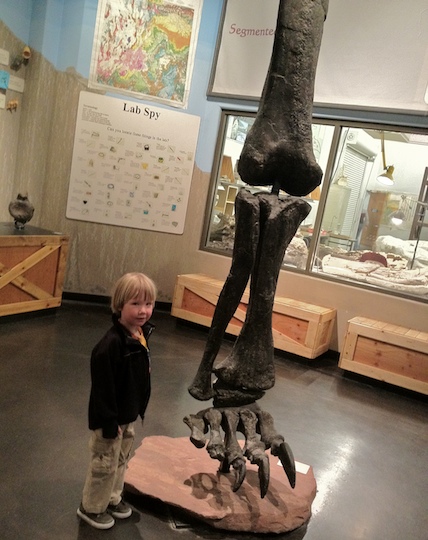 Finny and a really big leg. 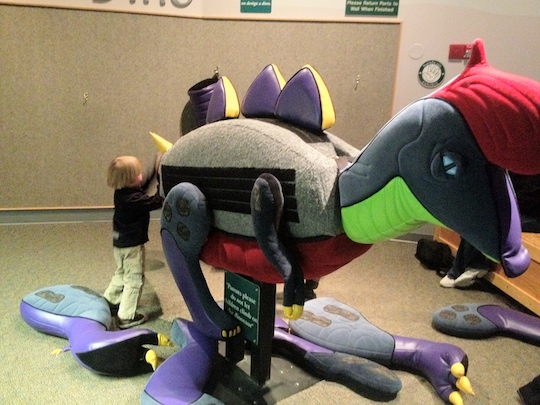 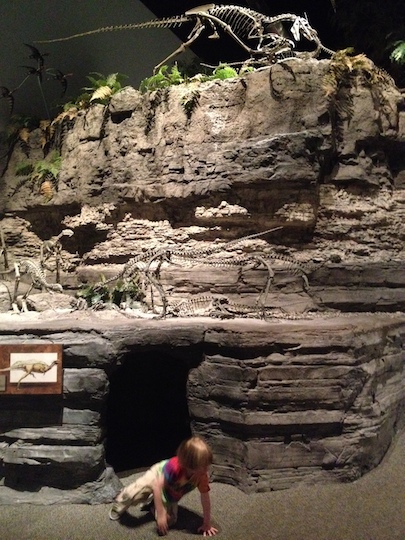 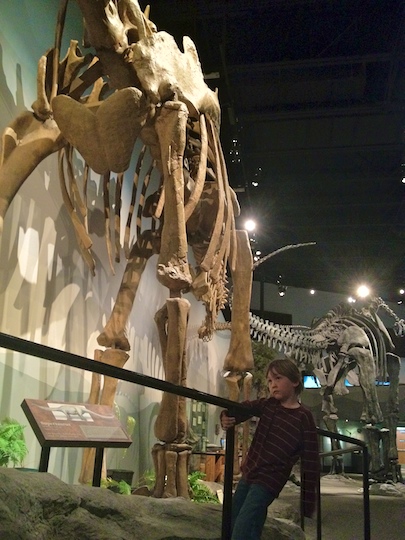 More big dinos and a kid putting up with his mom’s picture taking habit.

After our museum visit, the sky cleared up and we were ready to get outside. We went to a state park on Lake Utah. There was just one little nature trail and it was closed, so we snuck up on ducks and threw rocks in the slough. 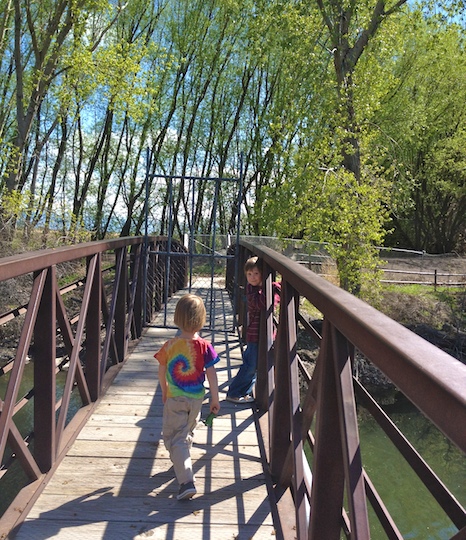 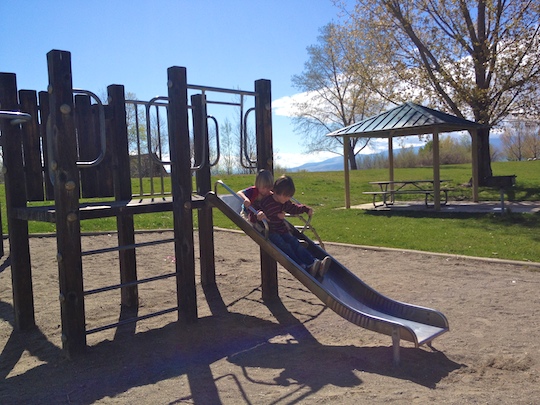 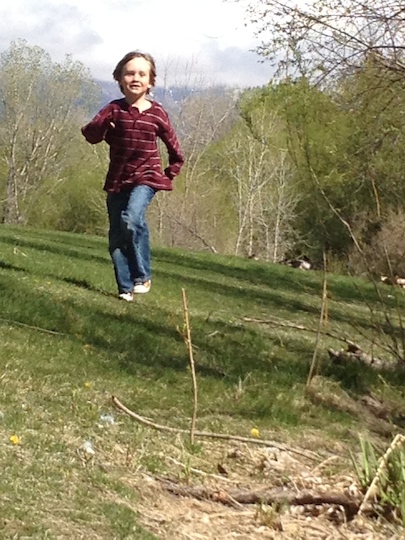 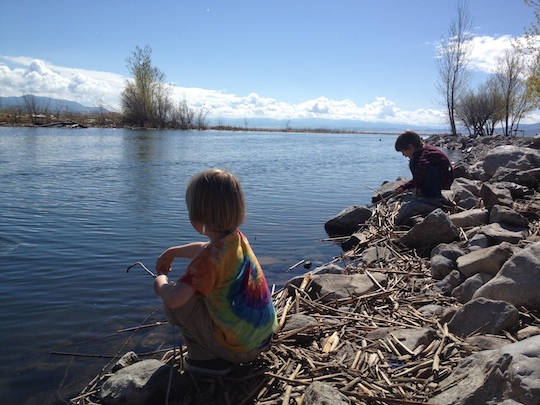 Right before Anders fell in the slough.

Then Anders fell in. Anders always falls in. He’s fallen in fountains, rivers and now a slough. That boy lives in his head much more than his body. So, I stripped him down and we headed back to the hotel. 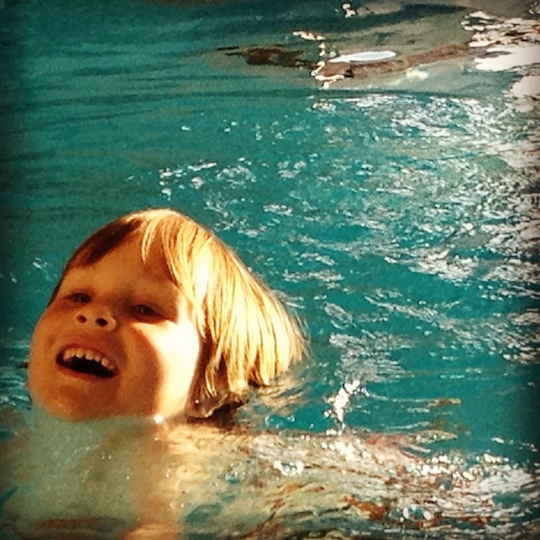 A purposeful dip in the pool. 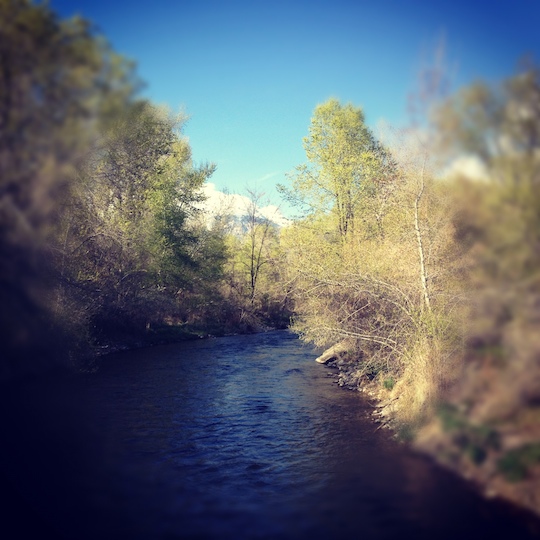 ** In case you are wondering about the title, I left my purse in a restaurant. When I realized it the next morning, it was gone. Kind of a hassle.