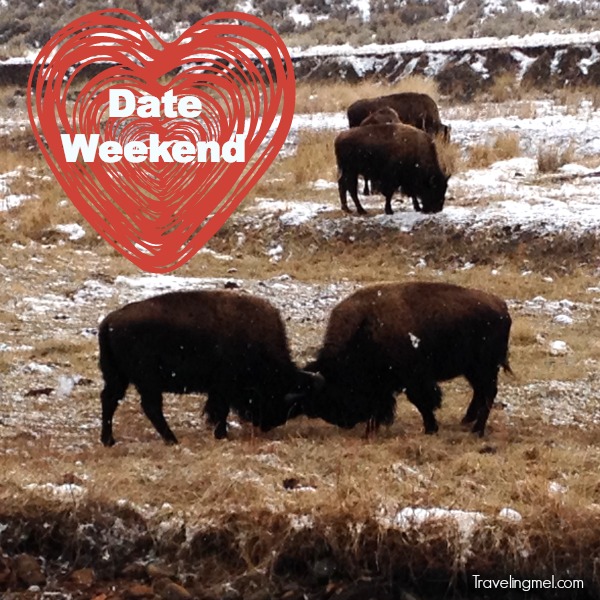 A few weeks ago, Henry and I had a date weekend. Just not with each other. We each spent one day, with one son, doing what they wanted.

Our kids spend a lot of time together. Since we homeschool, they are together all day, weekends are family time, and they share a bedroom. They have the same friends and are in most of the same activities. It’s amazing how well they get along and love spending time together. Not every minute is idyllic, but they do pretty well.

Still, it’s nice to have mom or dad to yourself once in awhile. It’s nice for Finn to get a chance to talk without being overrun by his big brother. It’s refreshing for Anders to not have to give in to Finn’s meltdowns.

Finn and I started planning our Saturday. I suggested sledding, ice skating, hot springs, and playing in the snow. He wanted to go to the mall. That’s not really my thing, but since this day was about spending time together, we went to the mall.

Finn loves those little “rides.” You put in $.50 and they move up and down or back and forth. They’re old, dingy, and kind of lame, in my opinion, but I gave him $5 and let him go for it. He had a blast. Then we walked down to the bookstore so he could show me all the books he hoped to buy some day.

Next up was lunch at the restaurant of his choice, building at the Children’s Museum of Bozeman, and playing ranger at the Museum of the Rockies. Treats and a long dissertation about his favorite dinosaurs followed and then it was home.

We didn’t get outside, but we did talk and connect. I am definitely one of those parents that pushes her agenda. When we have family time, I want it to be outside. I want our kids outside everyday, even if just for an hour. There are a zillion places where you can read about the importance of outdoor play, so I won’t go into it here, but it does inform how we spend our days. And frankly, I just like being outside myself, so I make everyone go.

Finn likes to play outside, but the transition to get there is often difficult for him. He’s a kid who like to be warm and comfortable and not exert himself too much, in a family that wants to get out there. I imagine that’s a tough spot to be in. That’s why days like these are important. He’ll still have to hike and cross-country ski (and he usually has a great time once he gets past the whining), but once in awhile I want him to determine what we do. I want him to be in charge. 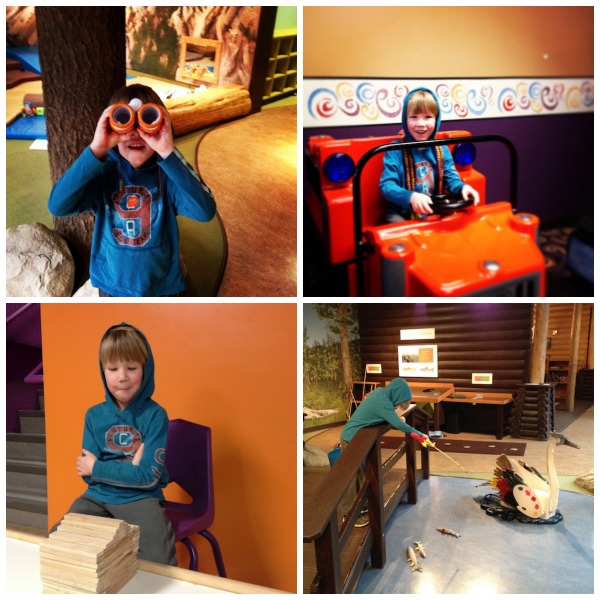 Sunday was Anders’ day. He was a little easier to persuade to play outside. I suggested we go for a ski in the park. He usually skis up ahead of Finn and I and has to stop and wait a bunch. Today was his day to go at his speed and ski with mom.

We stopped at the Mammoth Inn for lunch and hot cocoa before setting off on the groomed trail around the Upper Terraces at Mammoth (that’s in Yellowstone, if you are wondering). There are some big hills at the beginning, but Anders powered up them and loved the downhill.

He got to tell me every detail of a Lego story he read. And every detail of every other thought that was in his head. I got to point out how beautiful it was and how much I loved spending time on skis with him. Win-win. 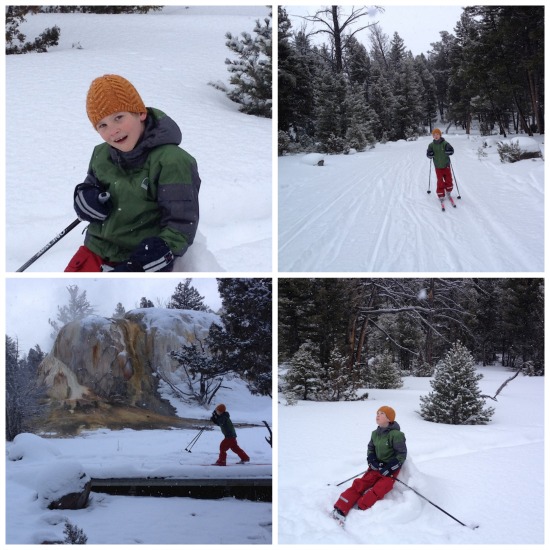 Henry can pop in in the comments if he wants to share his days. I wasn’t there to record it.