“What is Melynda cooking today?” you ask yourself. I am on a roll, people.

I started out with a double batch of cream of tomato soup. This is not the same thing as yesterday’s roasted tomato soup, but they do look similar. Until you add the milk.

These scrumptious tomatoes came from our friend Mark who farms near here. He sells awesome produce at the farmers market, which I have turned into awesome soup. We had some for dinner tonight and it was pretty tasty. 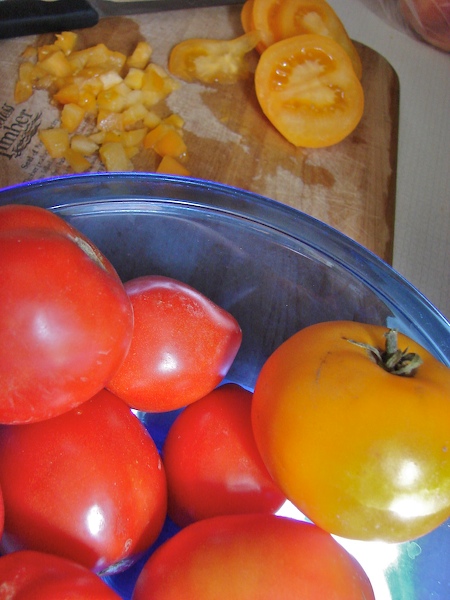 Heirloom tomatoes from the farmers market. 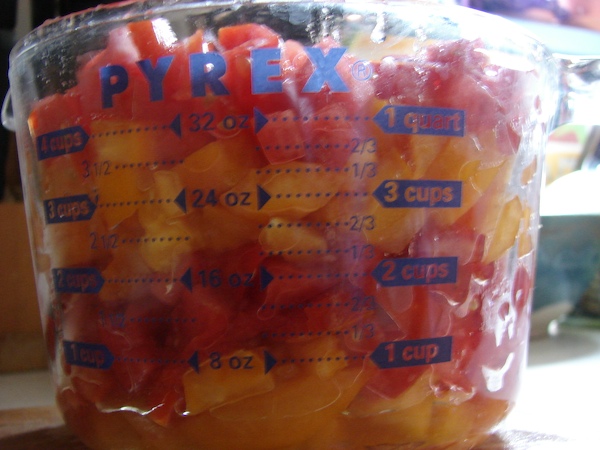 All chopped up and ready to go. 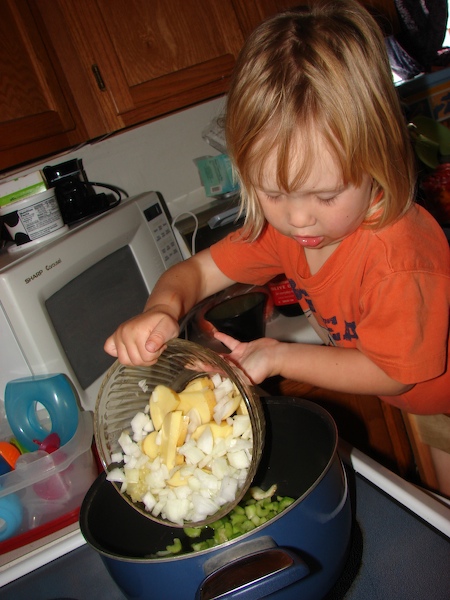 Anders add the other soup ingredients while Finn took a 3.5 hour nap. Yeah for naps! 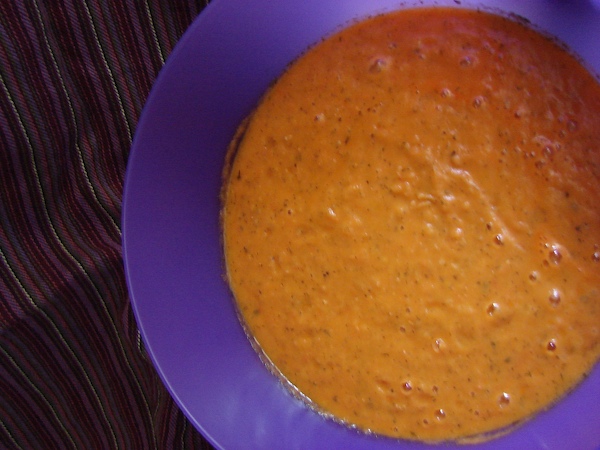 When the boys and I came home from the farmers market Wednesday evening I found a water canner and a box of jars on my front steps. Big H and Mogie were at it again! I had mentioned earlier in the day that I couldn’t can anything larger than half-pint jars. Well now I can. And I am.

Henry came home from his filming gig in NoDak (North Dakota) this afternoon and as soon as the boys were in bed I put him to work peeling the apples I’d collected from our neighbors’ tree. (Then his forearm got tired and I had to put him on coring duty.) 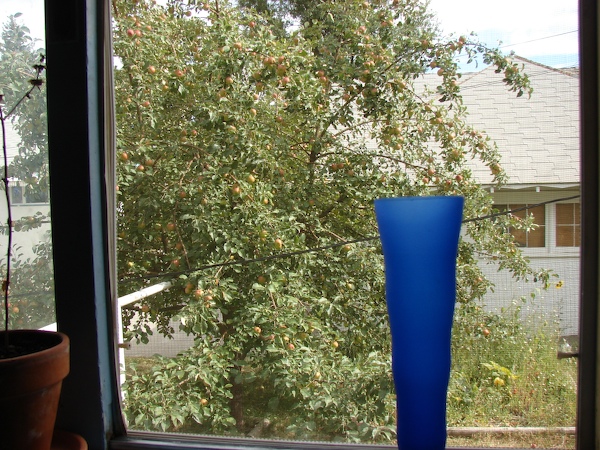 Looking out the kitchen window at the apple tree. This is after I picked and there are still a ton out there. I think I’ll pick more and take them in for cider making. 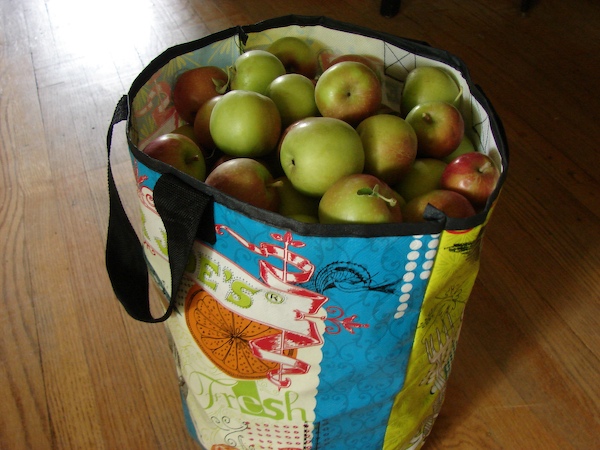 We spent forever peeling apples and came out with 4 jars of applesauce. Oh well, I canned them anyway. We’ll do more later. 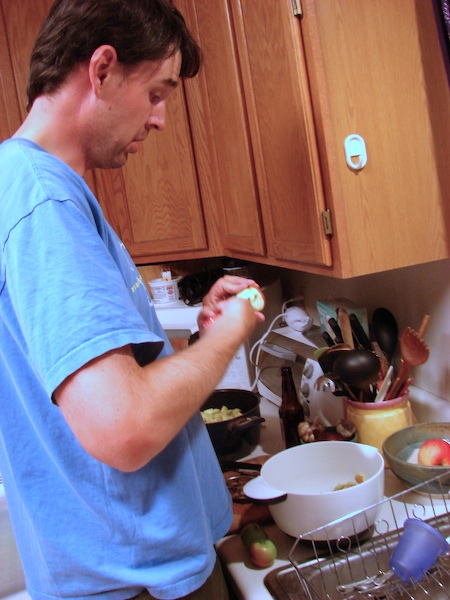 H getting the peeling done. 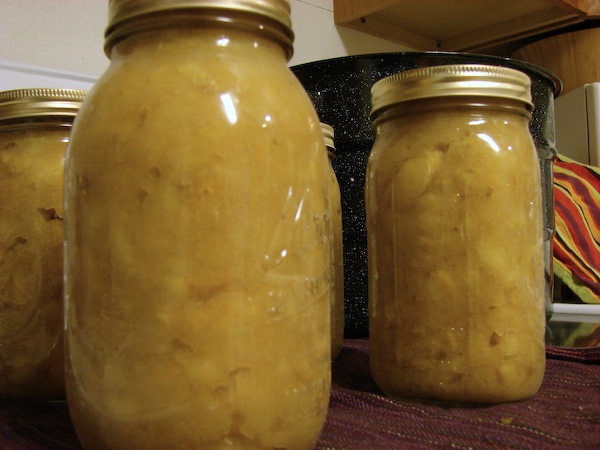