Today was a rest day. I feel like maybe Im pushing Anders a little hard. There are so many things to do and see around here and I dont want to miss out. But, he doesnt sleep in the car like he used to, so when we go all day he doesnt nap much.

We slept in until 10 (his choice, not mine) then ate breakfast and headed to the city park. We sat on the swings a bit and then Anders chased pigeons. He didnt catch a single one (and frankly, they didnt look like they were working too hard to avoid him). His favorite part of the morning was climbing up the steps to a bust of San Martínthe Liberator, and then having me help him get down. 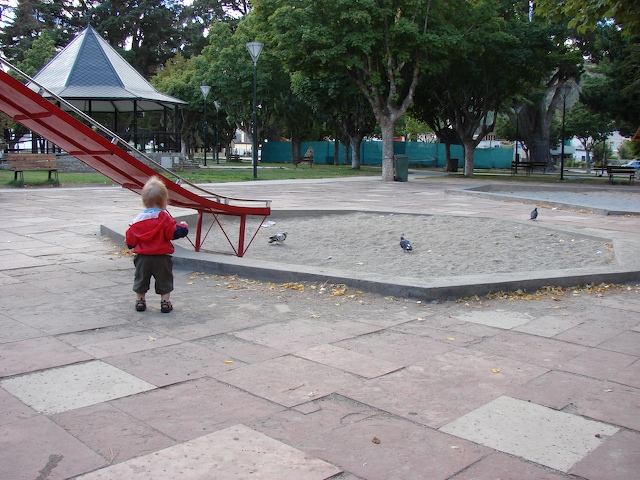 Those wily pigeons are tough to catch… 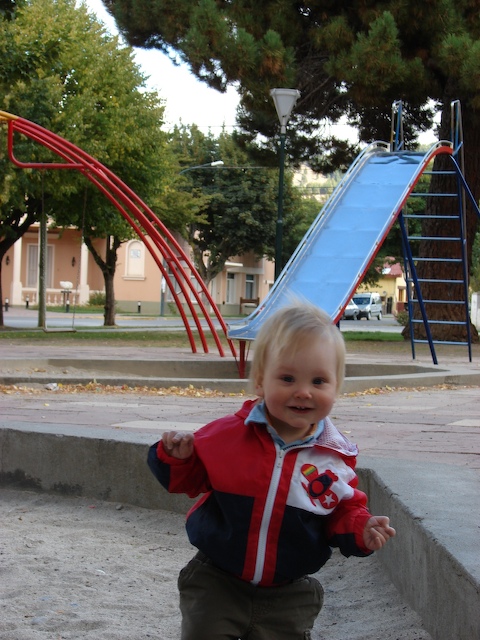 Playing in the sandbox 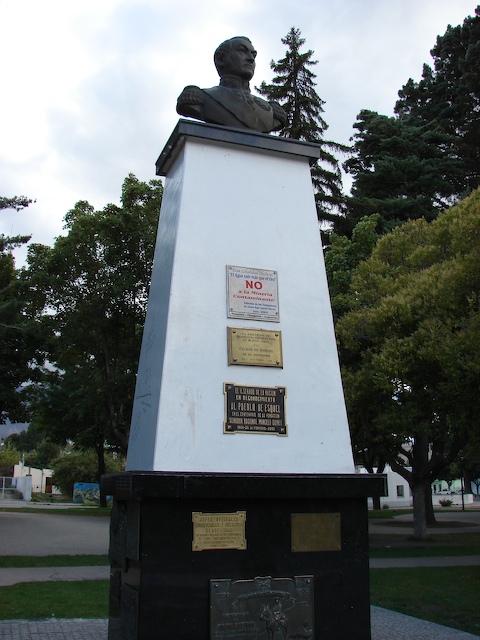 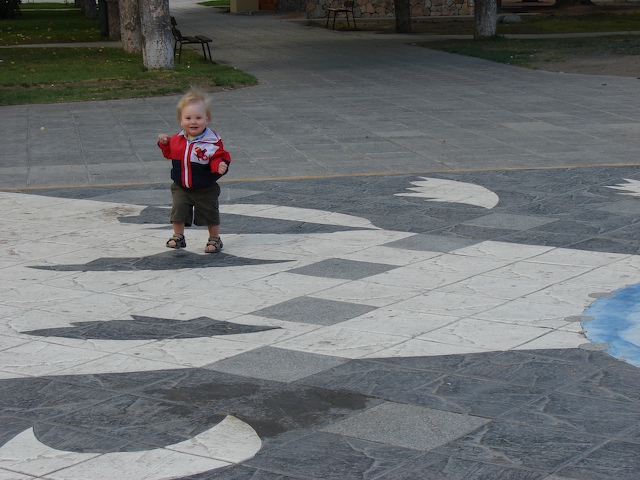 Walking on a sundial/mosaic of a rhea. There is a walking tour of sundials you can do in Esquel, but this is the only one I saw.

After a couple hours we headed across the street to a bakery. It wasnt really planned, but after watching people go in and out of there all morning, I had to see what the fuss was all about. Plus, a pastry on a Sunday morning seems appropriate. They had all sorts of fancy cakes and pies, as well as a huge variety of breads and crackers, all baked on the premises. If I had someone to share it with I would have been so tempted by one of those pretty cakes. Instead I bought some medialunas for breakfasts and one cream-filled pastry, which I ate while Anders napped. (That’s right, I sneak treats while Anders sleeps.) 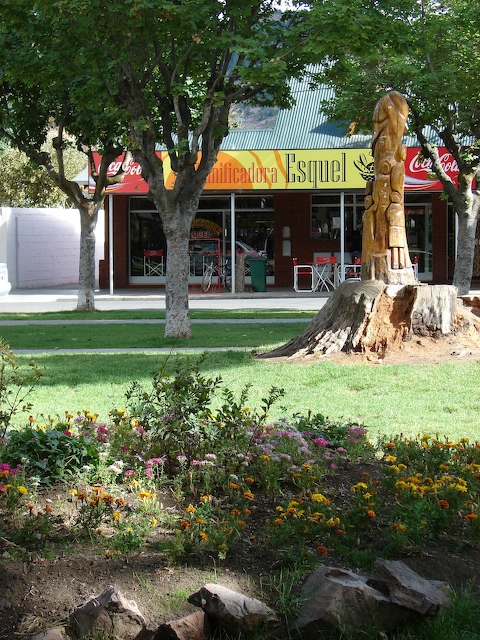 Sneaking a peek at the bakery across the street.

After lunch at the cabaña Anders took a 3-hour nap (today was needed, for sure) and I read and took a 45-minute nap. It was quite luxurious. The benefit of not having an Internet connection is that instead of working or messing around with my blog, I read for the longest time in awhile.