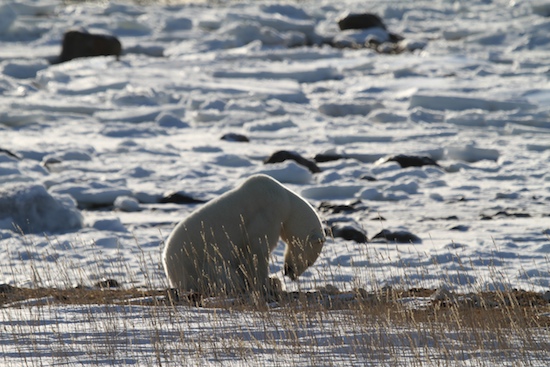 Once again, I am hanging out on the western Hudson Bay with Polar Bears International and a bunch of our favorite marine mammals. You may know that I am the social media manager for PBI, and as part of my job I get to spend a little time up here during bear season.

I usually come in early October to help out with our Leadership Camp, but this year I am here for Polar Bear Week.

I flew to Winnipeg yesterday and up to Churchill this morning. We went straight from the airport to the Tundra Buggy Launch and went looking for bears. We had a bunch of scientists on our buggy, plus some PBI folks, and a reporter and filmmaker from The Guardian. Everyone had such interesting information and stories to tell.

This is a whole different scene than the early October one I am used to. Gone are the reds and golds, and in thier place gray and white. And the bears! So many more polar bears as the freeze-up of the Hudson Bay gets closer.

Tonight the northern lights are out, curtains of green are dancing across the sky. It’s been a pretty great day. 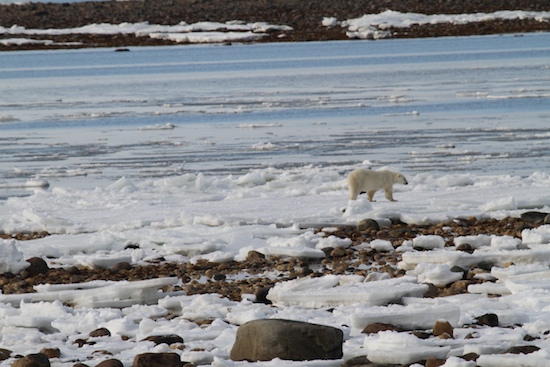 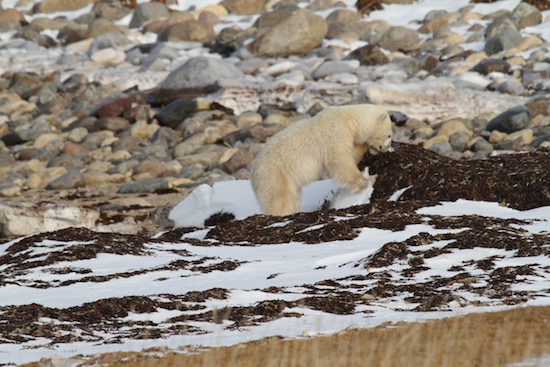 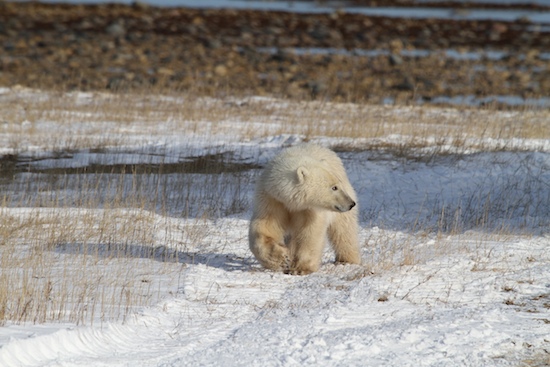 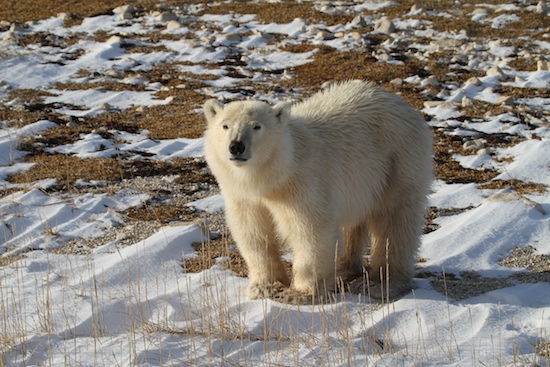 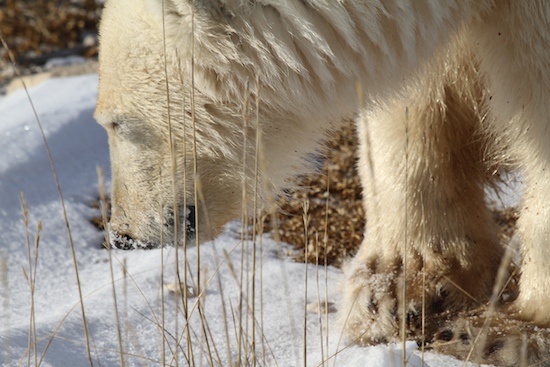 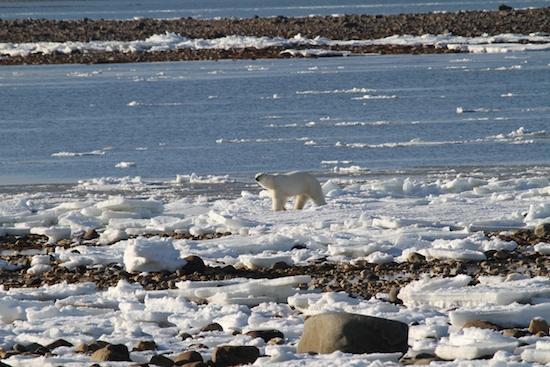 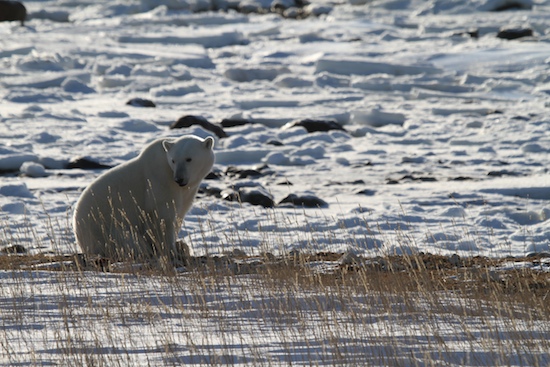