We went to the annual Livingston Downtown Christmas Stroll last weekend. It is a combination of art walk, stores staying open late, and Christmas activities. There is a hay ride (too cold for us!), pictures with Santa and crafts (line too long for us), art exhibits (we saw a few) and a reading of the “Polar Express” at the Murray Hotel.

We went to the reading last year and had such a good time that we had to go back. There is hot cider and cookies, middle school and high school choirs and the highlight of the evening: a man dressed as a conductor reads the story.

If you aren’t familiar with Livingston’s past, it is/was a railroad town. Currently, only freight trains stop here, but there is a beautiful depot across the street from the Murray that was used with passenger trains. Many of the old hotels and buildings downtown were built in conjunction with the railroad.

The “Polar Express”, a story about a train ride to the north pole, is the perfect pick for a town like this.

All the kids are handed bells and instructed to ring them at certain points in the story. Anders was about a half step behind on the ringing, but he sure had fun doing it. 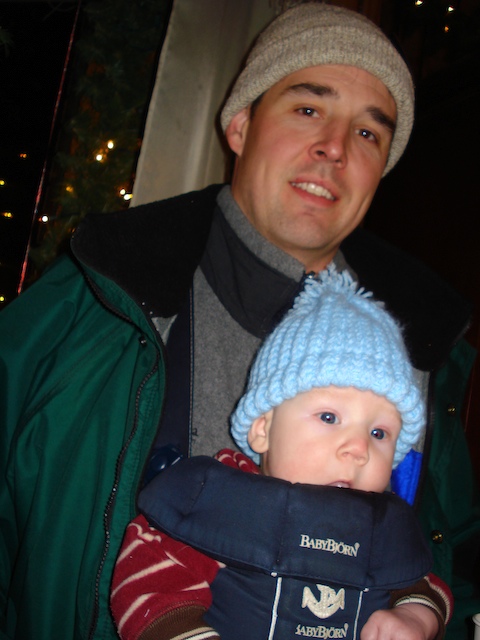 Henry and Finn getting festive. 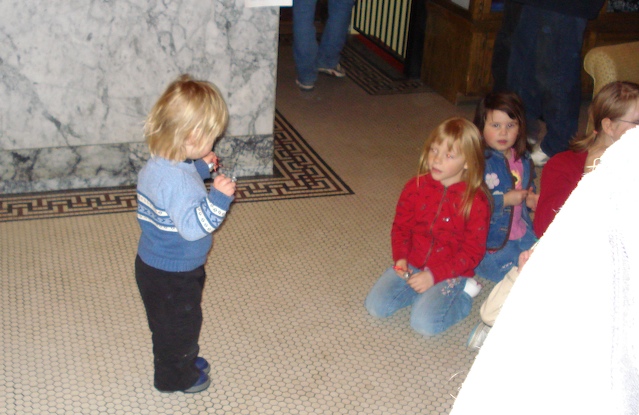 Anders does a little stand-up for the crowd… 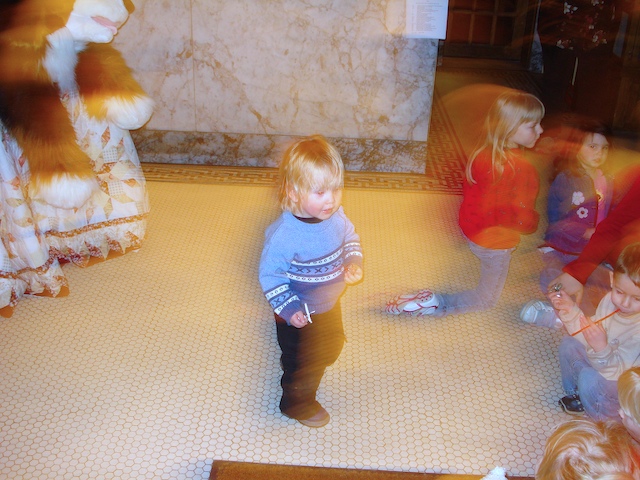 …then shows them his dance moves. 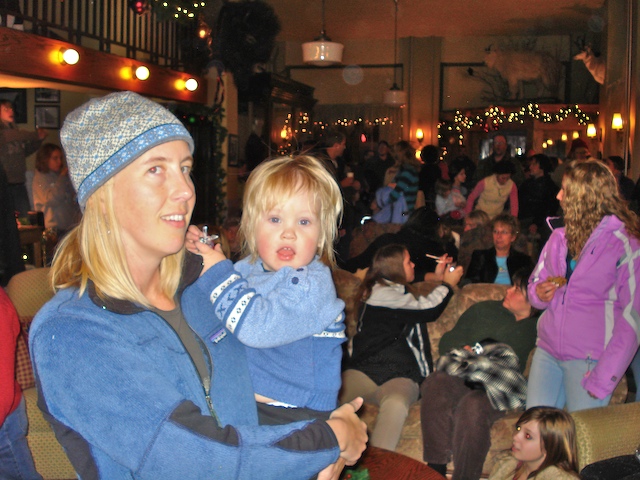 Anders and I getting festive. 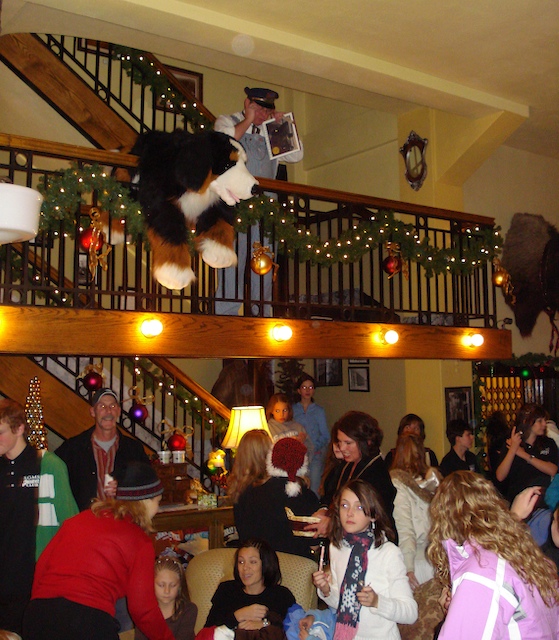 The conductor prepares to read the “Polar Express”. Note giant Bernese Mountain Dog stuffed animal. They give that away after the story. Every child wishes themselves the winner and every parent prays they don’t have to take that beast home. 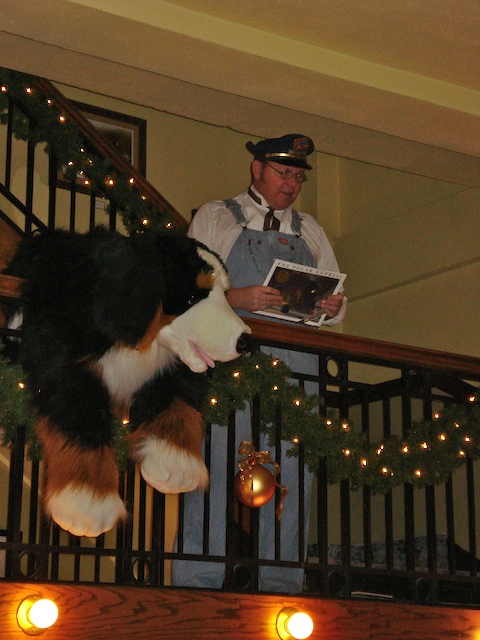 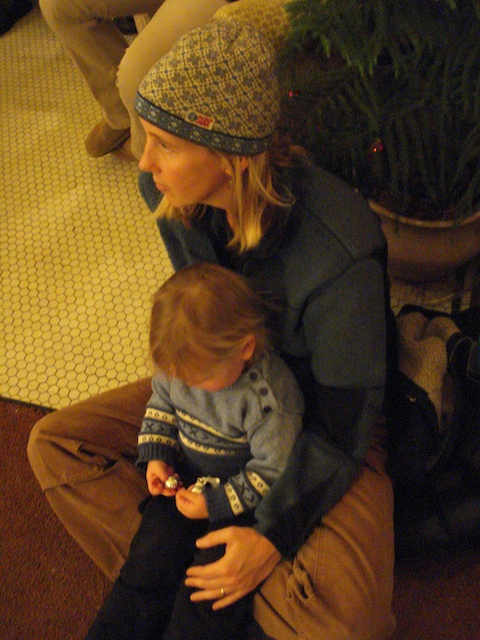 Anders inspects his bells to be sure they are ready for ringing.

After the Murray we went across the street to the model railroad museum. It’s in a couple tiny rooms in the basement of the Depot. We’ve never been down there before and were amazed at how cool it was. The set ups and sceneries these trains travel through are so intricate. A bunch of retired guys hang out here and must spend a lot of time working on this.

Anders was entranced. He is into trains right now. Our friends have a train table at their house and whenever we go there he heads straight back into the bedroom and plays by himself for a long time. And he is always trying to talk us into walking over to the train tracks to look for real trains. 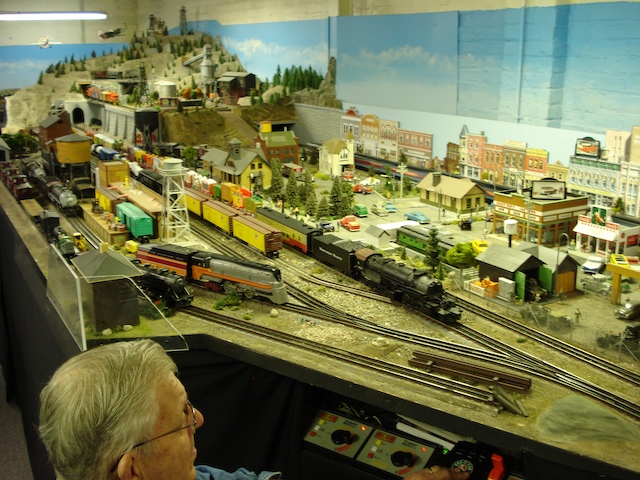 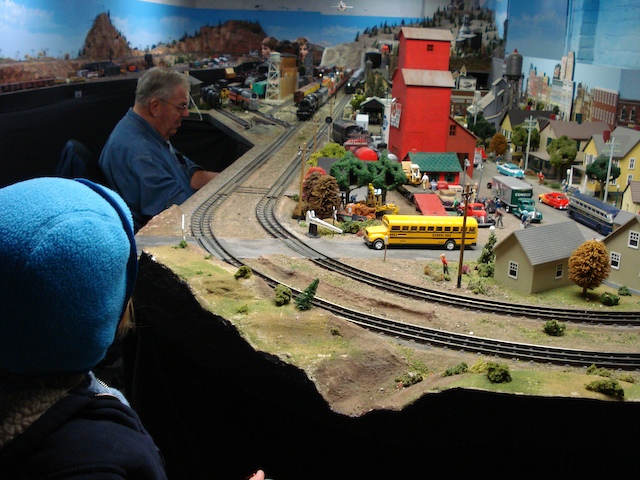 Another train with its conductor. 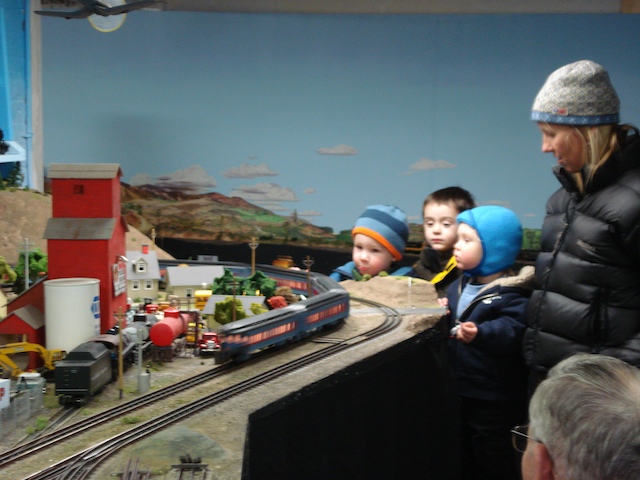 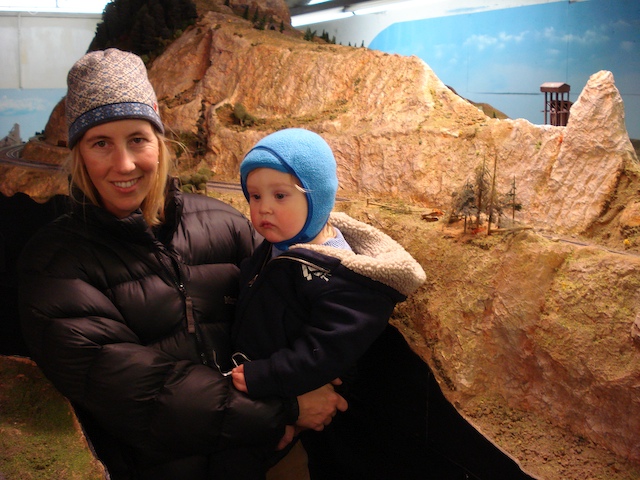 Someone is looking sleepy. Anders is tired,too. 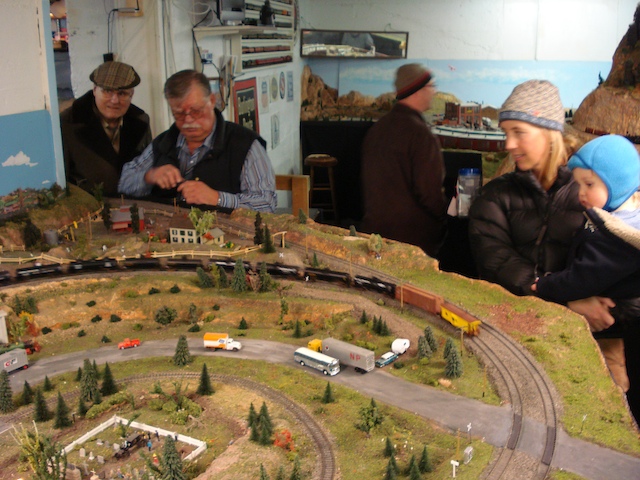