It’s a tradition in my family to open one present on Christmas Eve. You can’t open it until after dinner and it has to be from out of town. It’s a pretty good tradition since you get to open a gift early. Henry’s family also has the same tradition minus the out of town stipulation.

Tonight we gave Anders an early bath and stuffed him into his pajamas. There was much debate about which ‘jamas to wear. He wanted “white woofs woofs” as he always does. I wanted him to wear red so he’d be extra cute in the morning Christmas photos. I told him “white woof woofs” were in the laundry and he could choose “red woof woof” or “red moose”.

With the pajama situation handled, we headed into the living room to meet up with Henry and Finn. We each got to open one gift of our choosing (ok, I picked them all out, but Anders was trying to open one of my gifts). 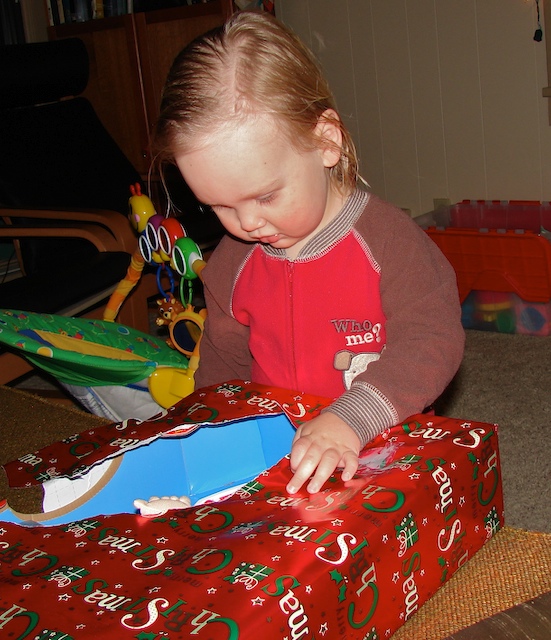 Anders rips into a singing barnyard toy from my dad and Karen. 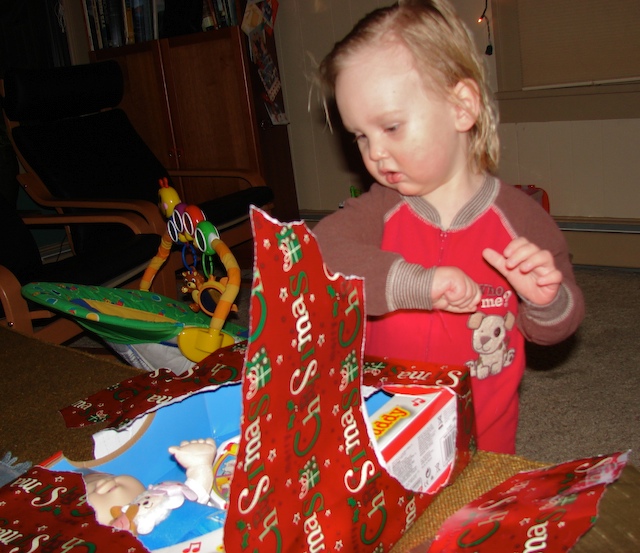 He is pleased with what he sees. 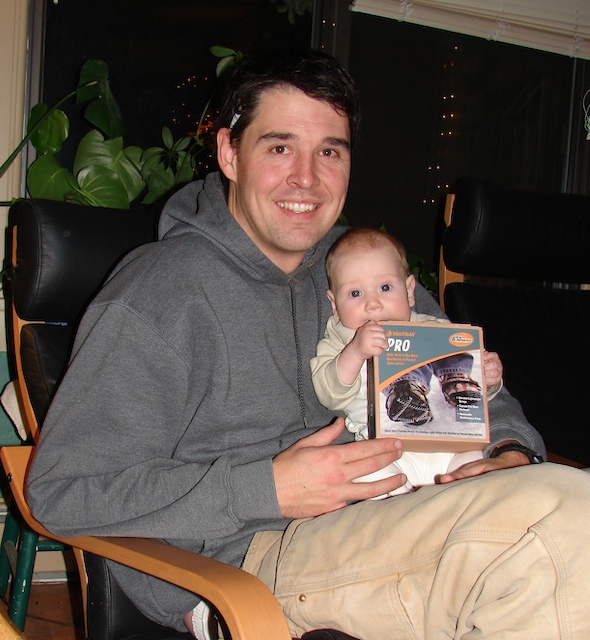 Finn is unclear on the use of Yak Trax. (You put them over your shoes so you don’t slip and fall on icy sidewalks or trails.) 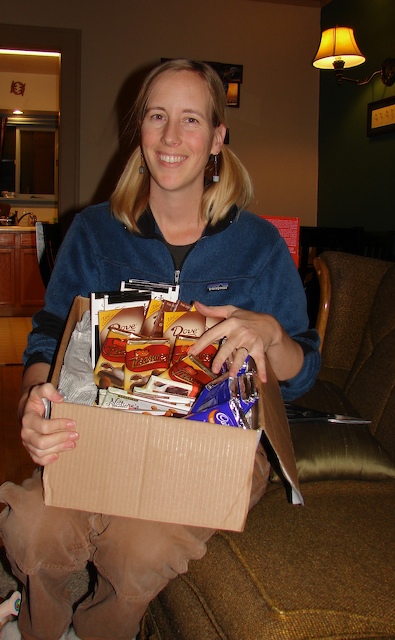 Big H gave me this huge box of chocolate. There must be at least 50 delicious bars in there. 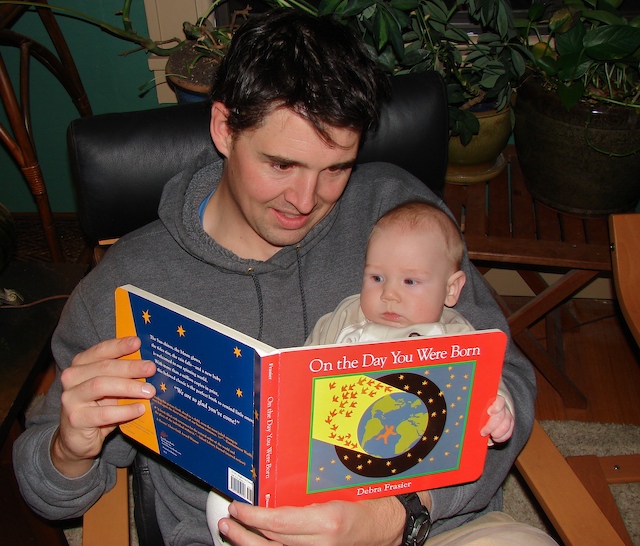 After opening presents and playing for a bit, it was time for milk and cookies. We put some out for Santa and Anders got to have a taste, too. 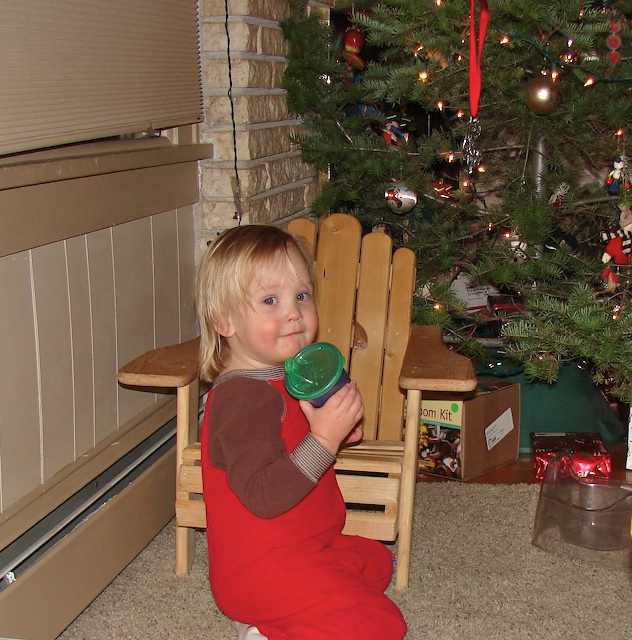 Anders drinks his milk and eats his cookie not quite in the chair I asked him to sit in. 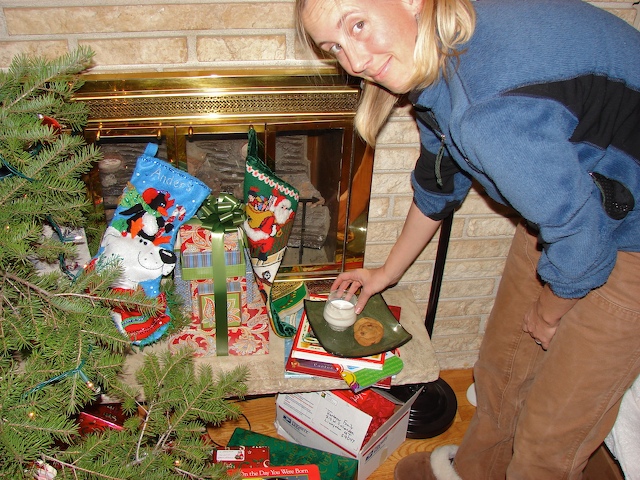 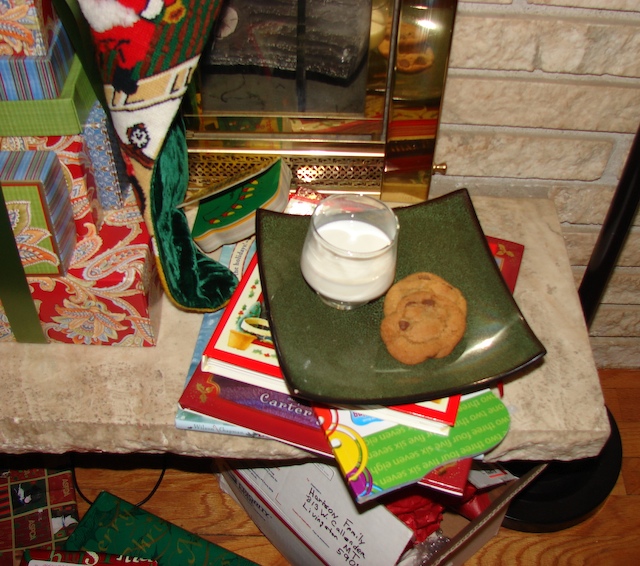