We all slept in on Christmas morning, thanks to the pj party the night before. Rolling out of bed at 7 was one of the best gifts I got this year!

We opened gifts, played with toys and ate Swedish pancakes. 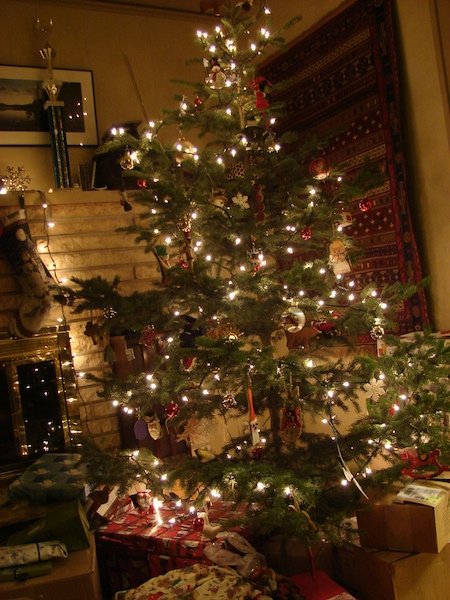 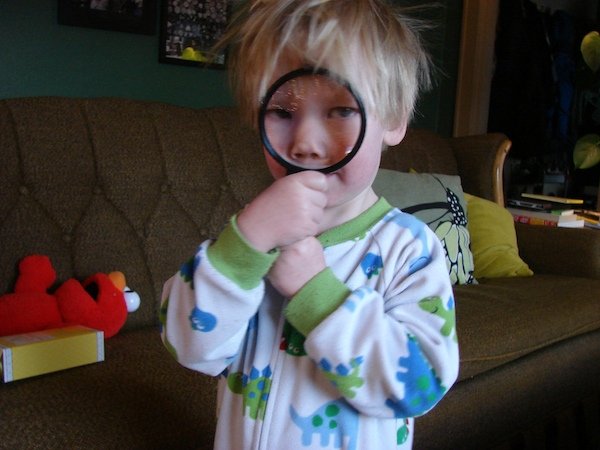 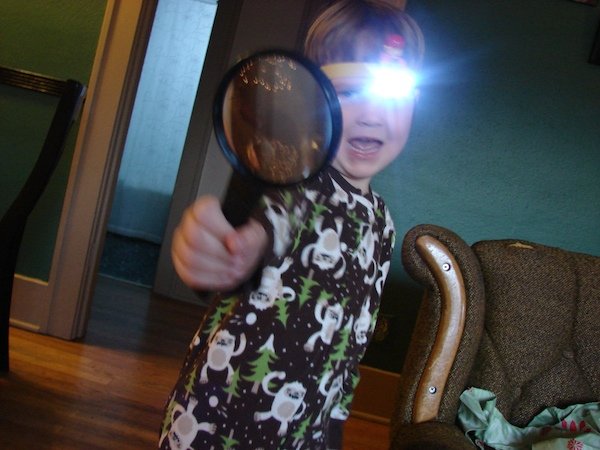 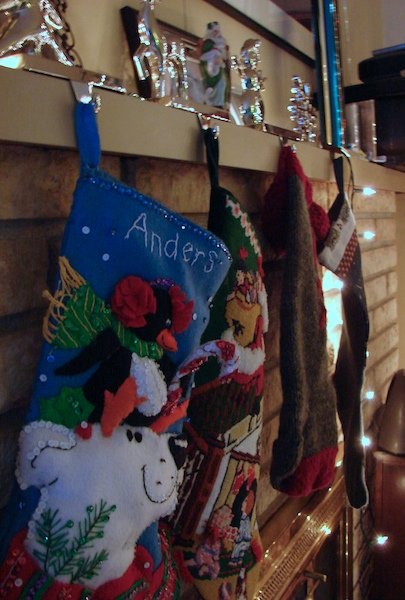 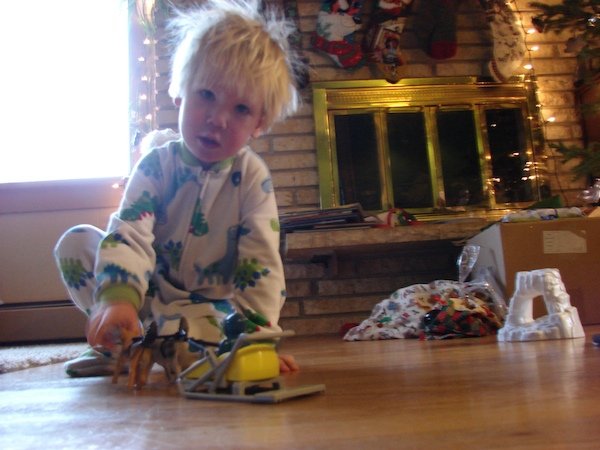 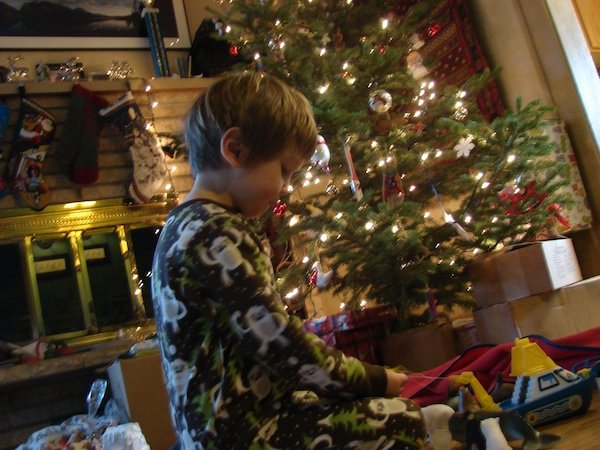 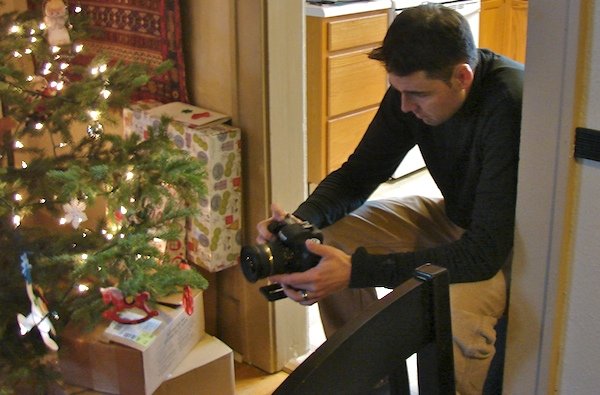 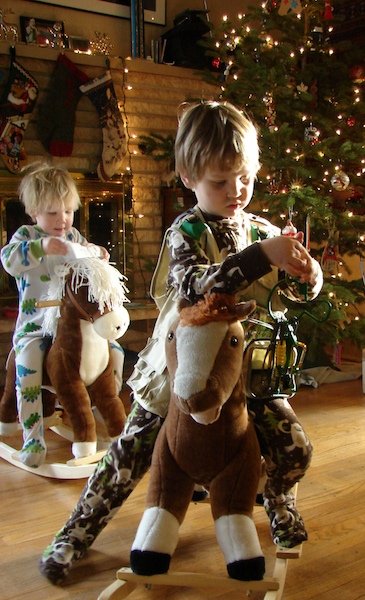 We added a second horse our herd. Let’s hope Sage is a little mellower than Cactus.

The boys and I needed to get out of the house and stretch our legs, so we walked around the neighborhood. Anders wore his new explorer vest from Aunt Su and we tested out some of the explorer tools. 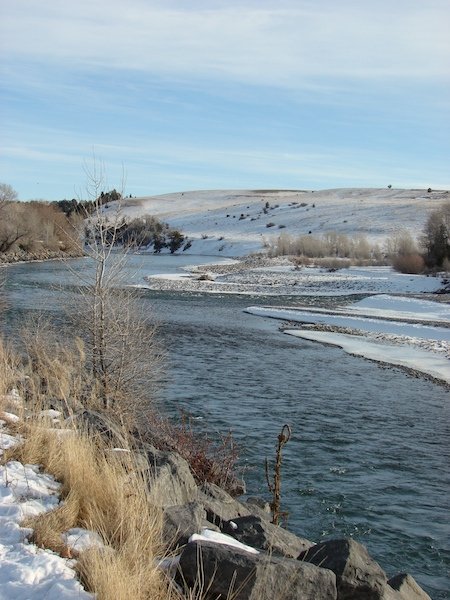 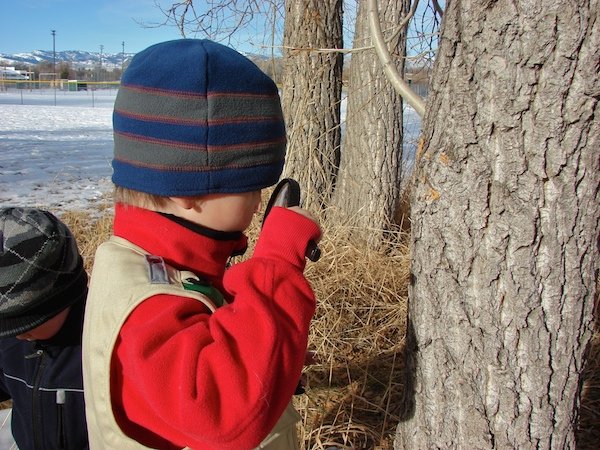 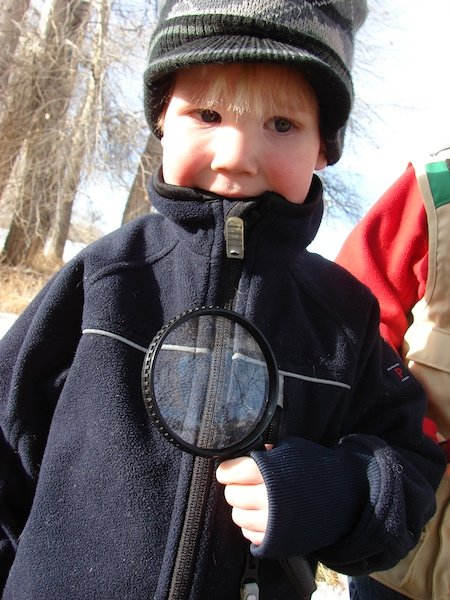 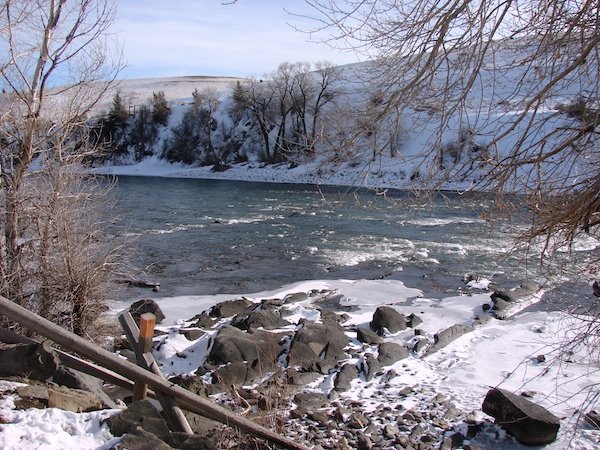 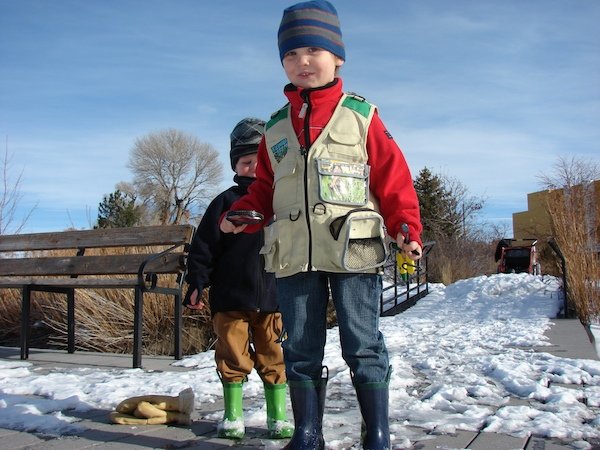 I let them wear their rain boots instead of snow boots. It seemed like one of those battles not worth fighting. Until Anders cried all the way home because his feet were cold. Oops. 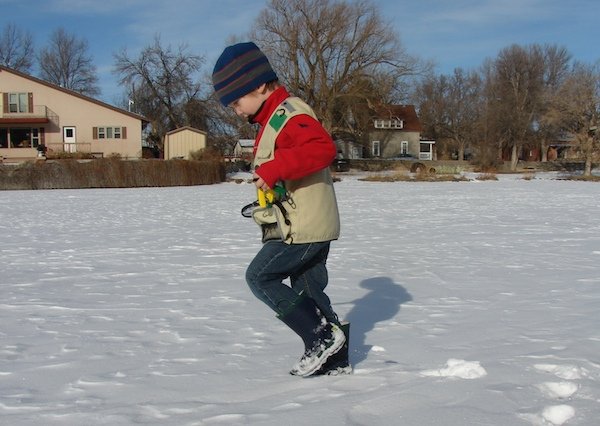 Running on the frozen lagoon. 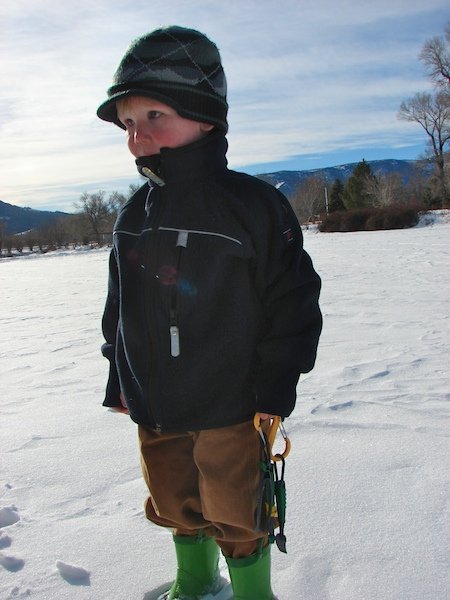 We watched someone skating on the lagoon and then had to test out the ice ourselves. It held.

That evening our next door neighbors came over. I made sushi and miso soup. It was delicious, if I do say so myself.

(FYI Wikipedia says: Sushi does not mean “raw fish”, and not all sushi includes raw fish.[44][45] The term sushi actually comes from the rice used, sumeshi, which is gently folded with rice vinegar, salt, and sugar dressing.[46] The rice is traditionally topped by raw fish, cooked seafood, fish roe, egg, and/or vegetables such as cucumber, daikon radish, and avocado. The related Japanese term, sashimi, is closer in definition to “raw fish”, but still not quite accurate: Sashimi can also refer to any uncooked meat or vegetable, and usually refers more to the dish’s presentation than to its ingredients. The dish comprised of sushi rice and other fillings wrapped in seaweed is called makizushi, and includes both “long rolls” and “hand rolls”.) Thanks to PlayaMinded for posting that page.