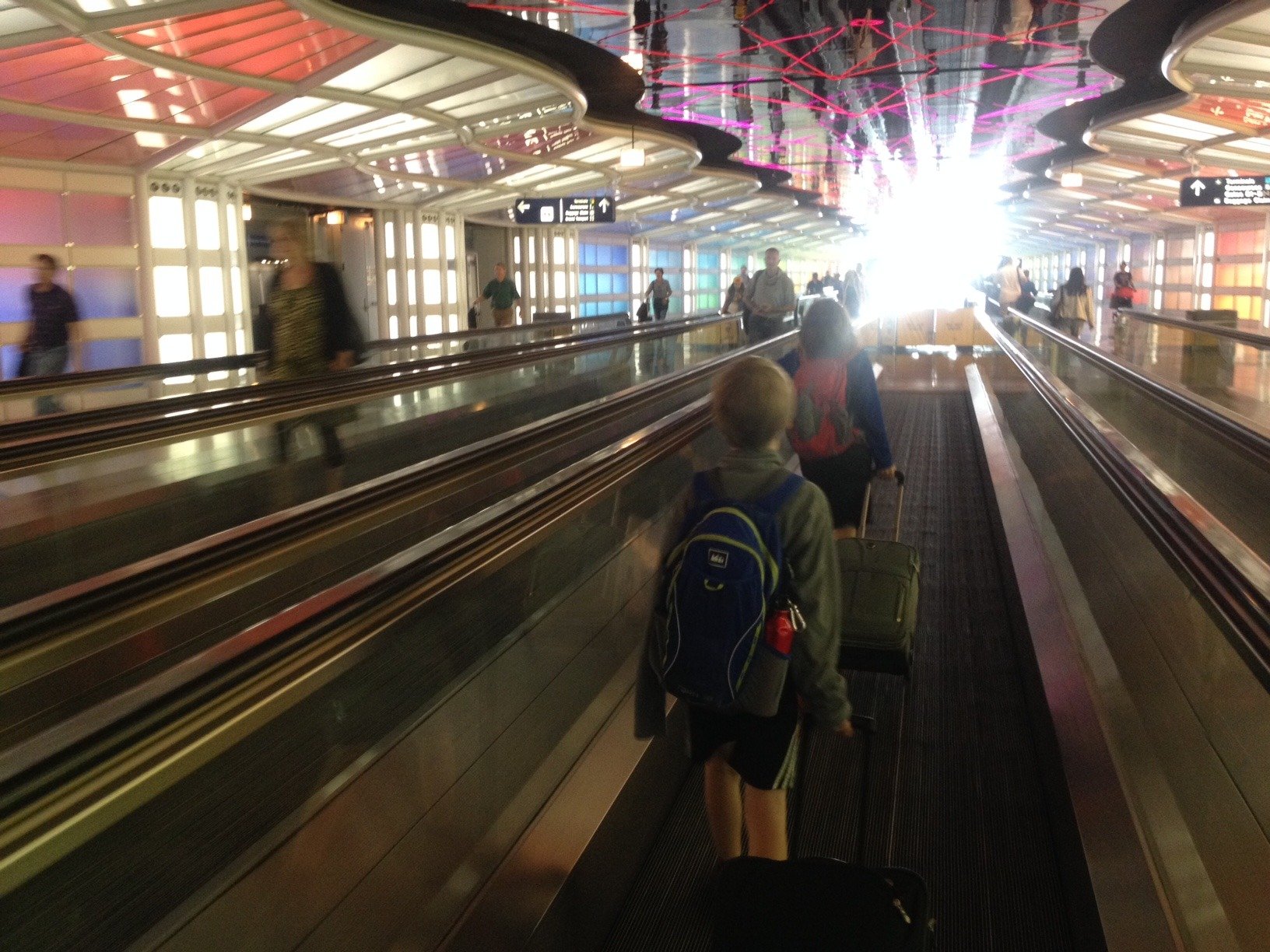 We are wrapping up an incredible ten days. We’ve been in three time zones, six airplanes, a subway, a taxi, a rental car, and my sister-in-law’s SUV. We’ve spent the night in a casino on the California/Nevada border, my brother’s townhouse a mile from the ocean, a gorgeous row house on Capitol Hill, and my quiet, tree-surrounded house that you’d never know was in the middle of everything.

It’s been early mornings and late nights, but also lazy days at the beach and pool, and sitting around the table with friends and family.

Here’s how it went down.

My brother–who I am pretty sure walks on water, at least in my mind, got married to a very cool woman. Because Scott is so happy, I am thrilled. And I am pretty excited to add a second amazing sister-in-law to my collection.

The boys and I flew to Las Vegas, drove to Primm, and spent the night at Whiskey Pete’s. (This is not an endorsement for Whiskey Pete’s, whose name is so much better than its accommodations.) It was the cheapest way to get there without having to drive all the way from Montana to California for a third time in as many months. Henry flew straight to LA and met us there.
Scott and Angela got married in a beautiful boutique hotel in Manhattan Beach, followed by a very fun party on the rooftop.

The next day we took Henry to the airport, enjoyed family brunch at the hotel, and then played at the beach all day with my mom. 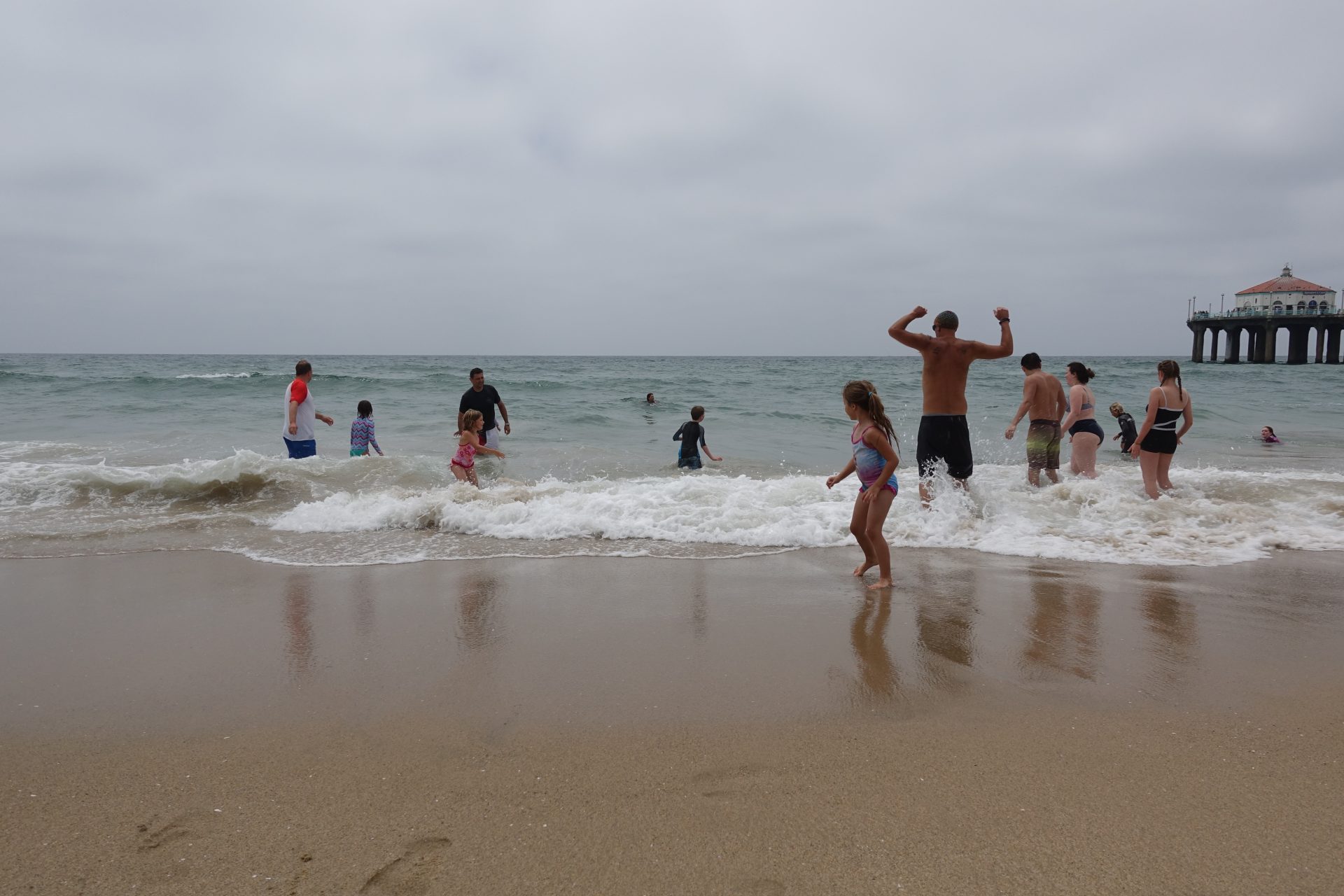 Day three was spent driving across the Mojave Desert to Las Vegas for the flight home, with an 11 pm arrival in Bozeman. Not an ideal day, but we did get to stop at The Mad Greek, a mediocre Greek restaurant whose billboards I’ve seen for at least 20 years.

After a day at home to catch up on work and laundry, the boys and I left at 5:30 am to fly to the Capitol. We joined over 700 people from all 50 states, plus Puerto Rico and Washington DC, at a play-in for legislative action on climate change.

We met up with our neighbors, Michelle and four-year-old Luka, and Michelle’s 87-year-old grandma, Gigi at Ronald Reagan Airport. From there we taxied to our Air B & B on Capitol Hill. Michelle’s sister-in-law, Amy also joined us.

Michelle and I got an earlyish start and walked over to the Dirksen Building for “Montana Coffee.” Our Montana delegation–Senators Tester and Daines and Representative Zinke–carry on the tradition of hosting a coffee and donuts social every Tuesday morning for people visiting from Montana. Don’t worry, they had good Earl Gray tea, too.

We returned to the house, got the rest of the group and went to the Moms Clean Air Force play-in. We signed cards for our legislators, listened to music and speakers, and participated in a climate themed movement/dance. Oh yes, we did.

After the play-in on the Upper Senate Lawn, our little group–Team Montana/Idaho–went to five different meetings with Montana and Idaho Senators and our lone Montana Congressman. We got to walk through all three Senate buildings and one Representative building.

Anders did most of the talking, of course. He explained why climate action mattered to him and other Montanans. But we all got to talk a bit about how we are affected by climate change and how we want clean air and water for our kids, grandkids, and selves.

It was a great unschooling lesson in civics.

The next day I met our Polar Bears International Communications Director (and my boss) for breakfast. The avocado toast was amazing and it was great catching up with Barbara who recently moved to DC.

Amy had made my kids breakfast–she is awesome!– so we finished packing up and walked to the Metro.

We couldn’t pass up the chance to see Henry’s sister and family since we were so close. It was a quick visit, but really wonderful to see the four cousins play together as if they hung out all the time. And I love that they got to reinforce those cousin bonds. My kids don’t have any other cousins, so it’s important to me to foster the relationship with the Harvey boys. Plus, I get to hang out with the fabulous Susannah.

We ate, spent a day by the pool, watched a movie, and took one picture at the end. Sometimes you just want to be in the moment. 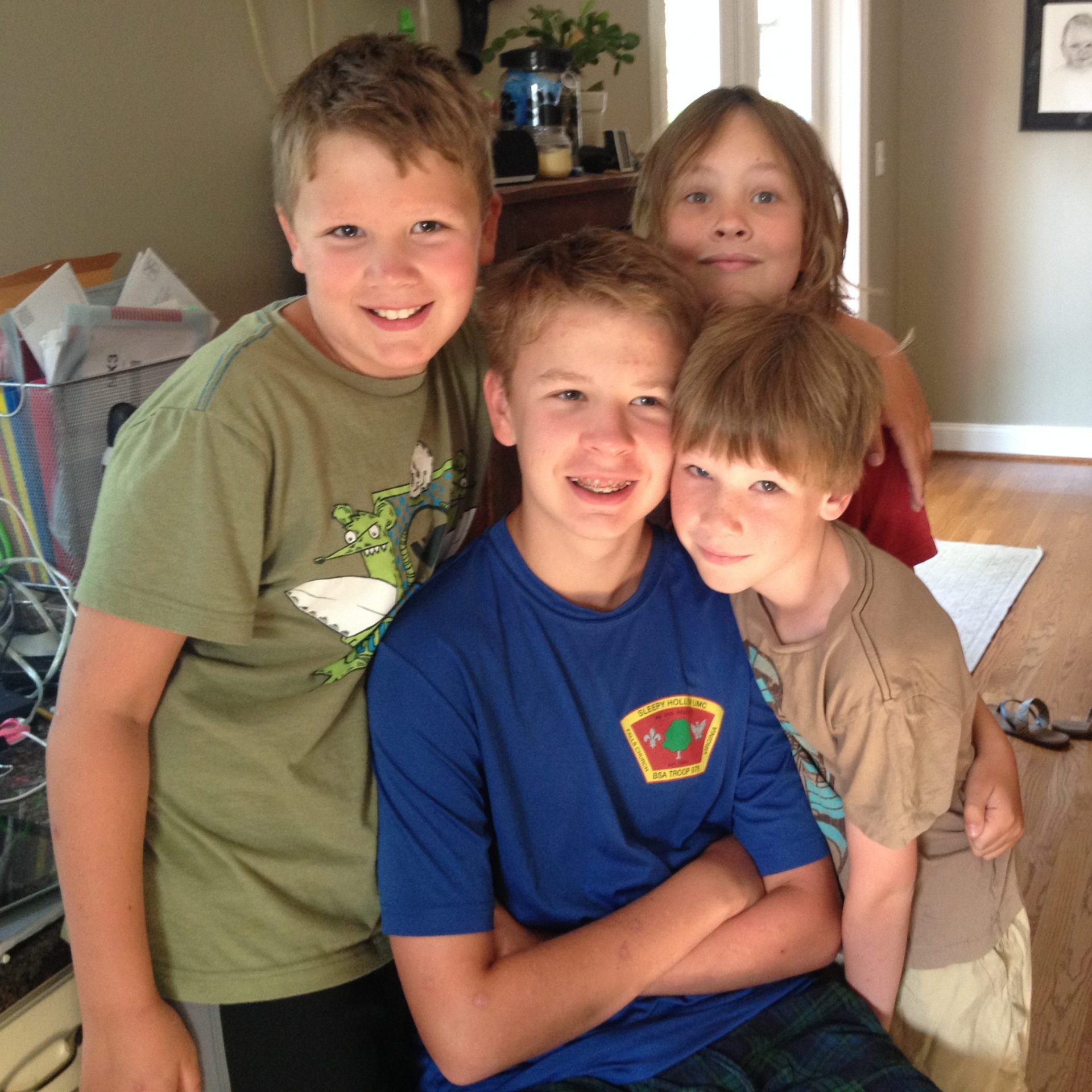 I’m siting on an airplane somewhere between Chicago and Bozeman. The man in front of me is practically in my lap.

The last week has been intense, but I’m glad we were able to mix it up with some chill time, too. That’s summer for you; we can rest in October.

7 thoughts on “California to DC via Montana”