On day four of our California odyssey, the boys and I explored Queen Califia’s Magical Circle Garden. I first read about this place in Sunset a couple years ago and knew the next time I was in Escondido I had to visit. And since it had the word “magical” in the name, I knew Anders would love it.

Califia was a black Amazon queen for whom the state was named. I always thought California was a Spanish word. Califia ruled the terrestrial island paradise of gold and riches “on the right hand of the Indies.” The legend was first popularized in the 16th century romance novel, Las Sergas de Esplandian, which received wide circulation in Spain.

Geologist John McPhee recalled the tale in his book, Assembling California, which the garden’s artist, Niki Saint Phalle, read and drew upon when planning the garden. As a huge McPhee fan, I’ve read this book, but seemed to have forgotten this legend.

This is the only California project by Saint Phalle, and her last international project. There are nine large-scale sculptures, a snake that wraps around the garden wall, a maze entryway and native plants along the edges. And it’s all mosaic.

We had a blast running around in here and playing games. Plus, it’s located in Kit Carson Park, so there are trails, playgrounds and other recreational amenities to take advantage of.

I’m not going to lie, there are a lot of photos in this post. Probably more than you want to see, but this place was so cool, and so hard to capture in pictures. 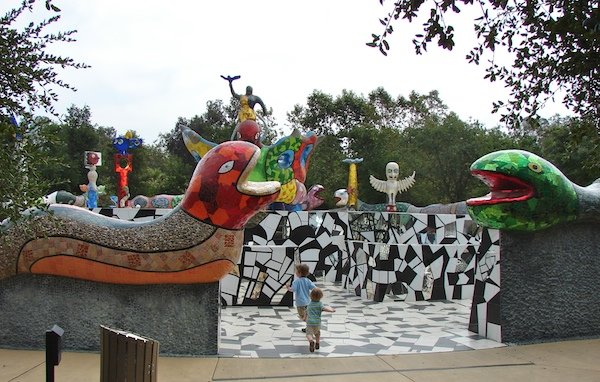 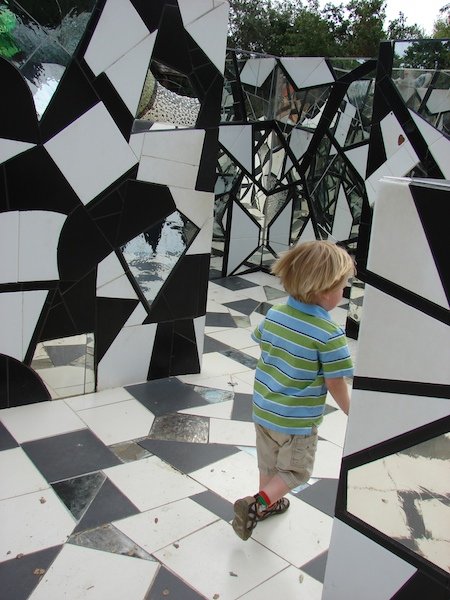 You get to go through this cool maze to get into the inner garden. 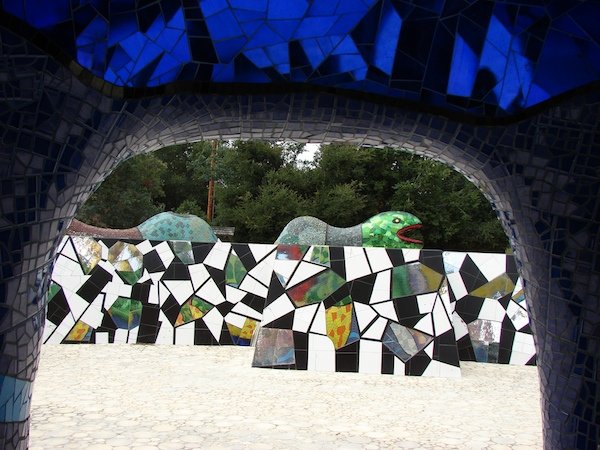 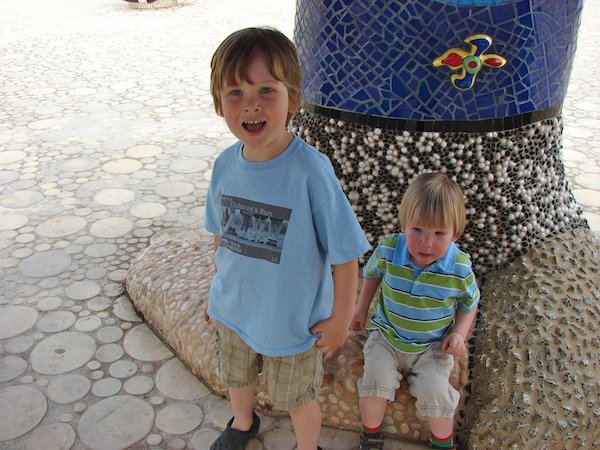 At the Queen’s feet.

He can hardly stand still for a photo. 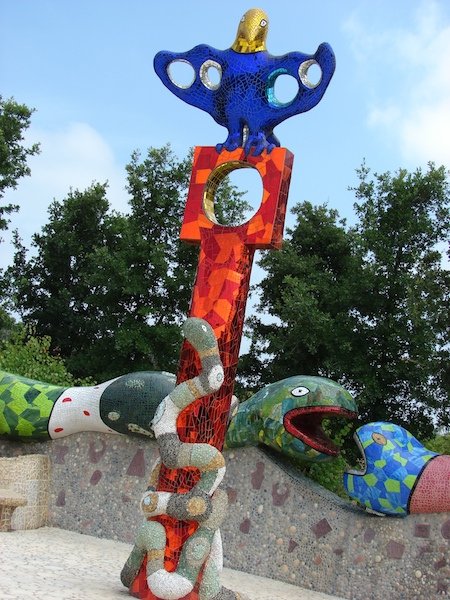 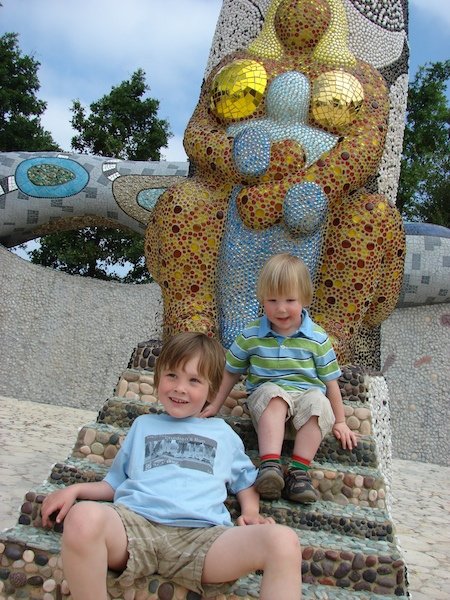 Chillin’ with the Queen. 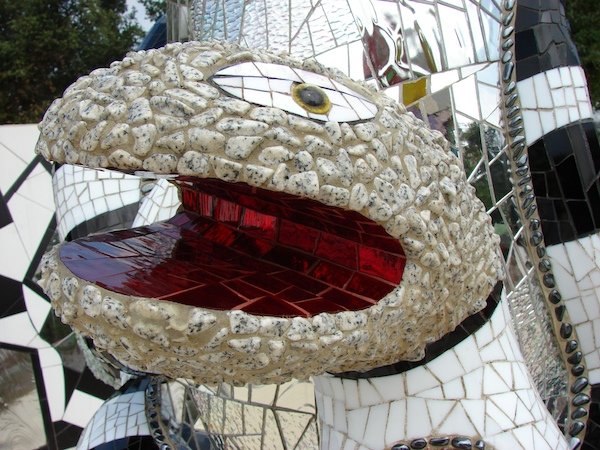 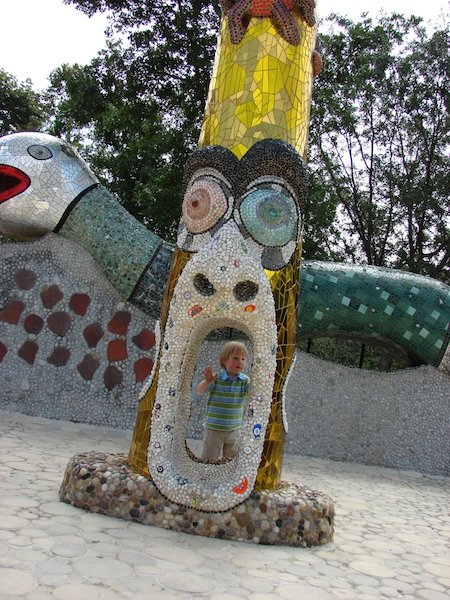 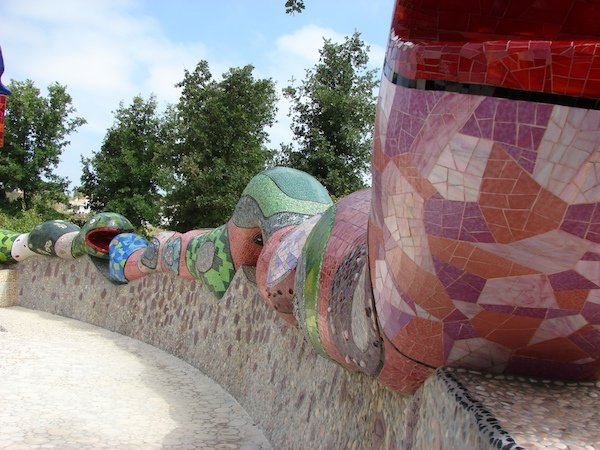 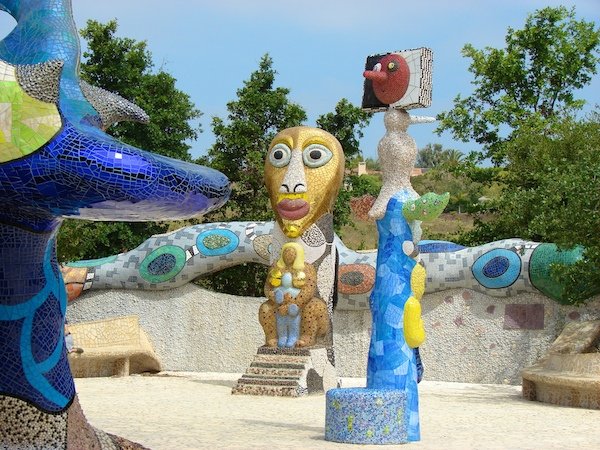 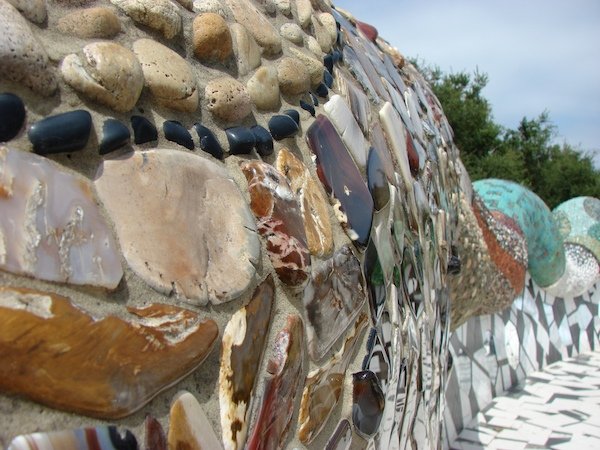 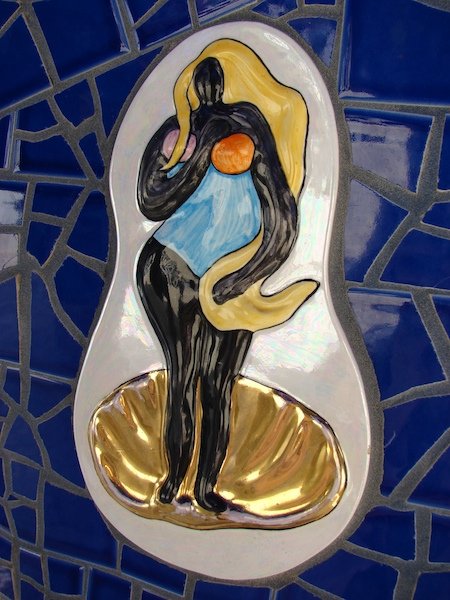 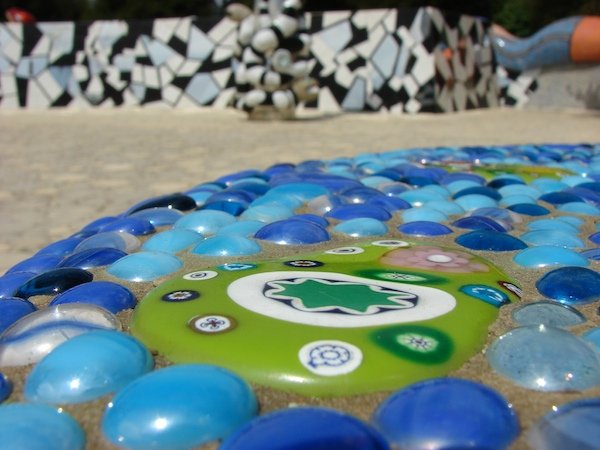 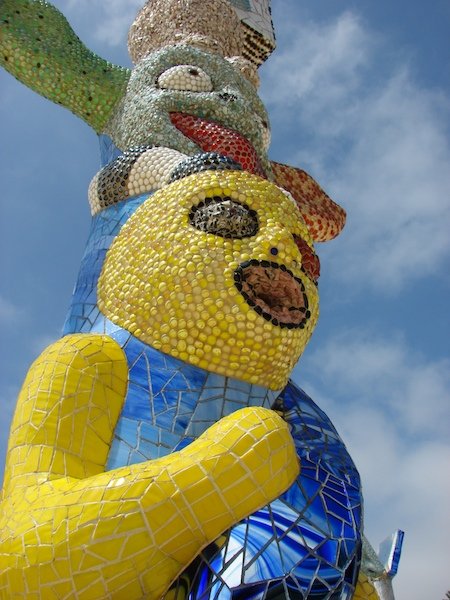 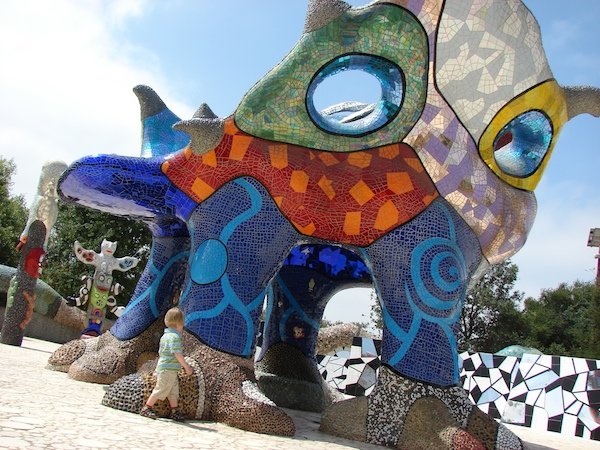 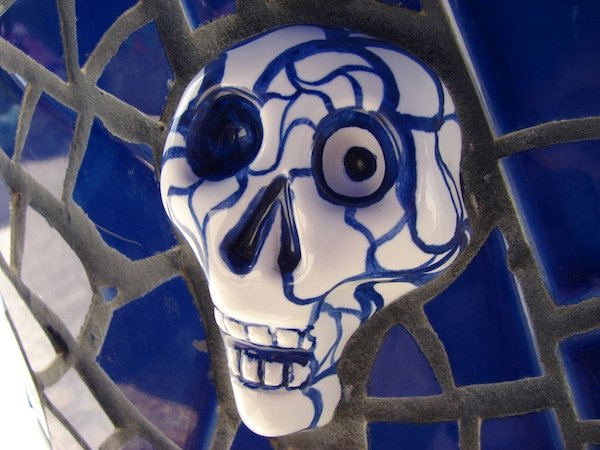 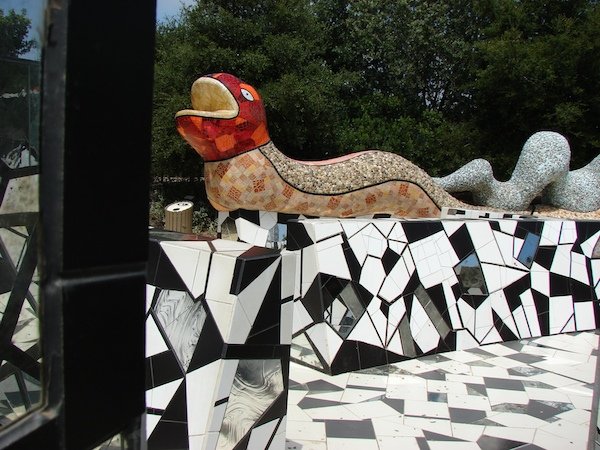 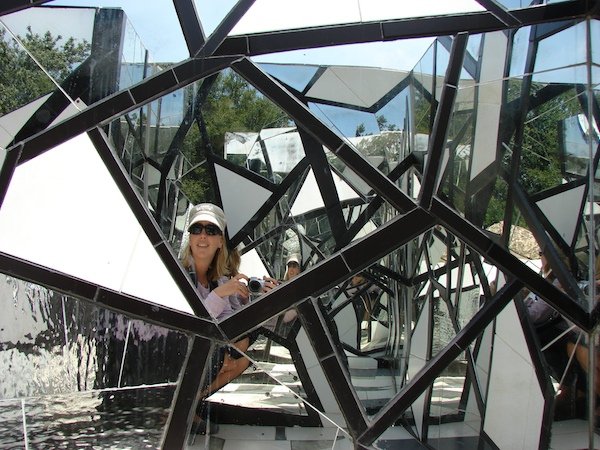 We played hide-and-seek. Due to my clever hiding, I hung out in this little spot for quite awhile. This game is a parent’s best friend when they need a little alone time on a two week solo-parenting trip. 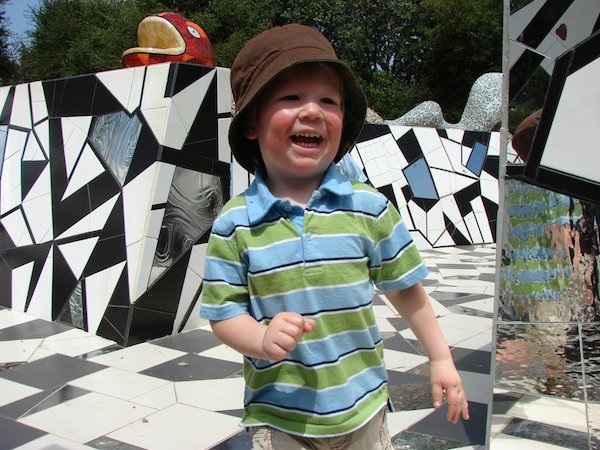 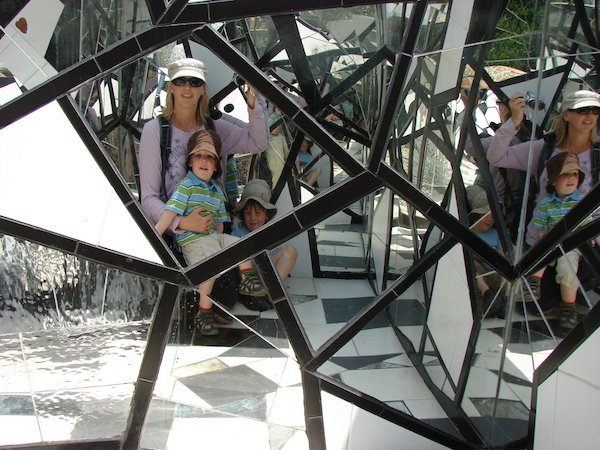 Now we are all hiding. 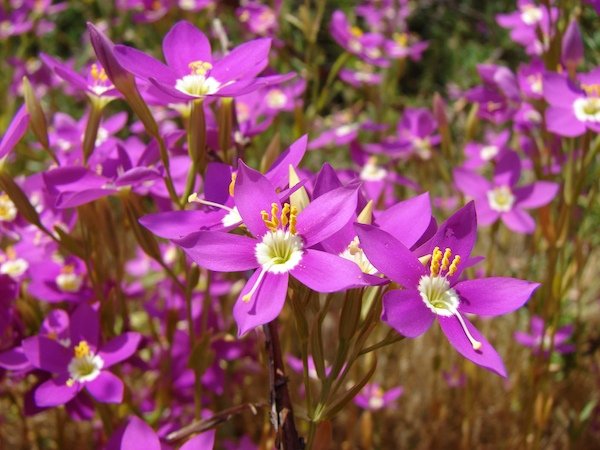 No post would be complete without a few photos of the flowers we spotted along the trail on the short hike in and out. 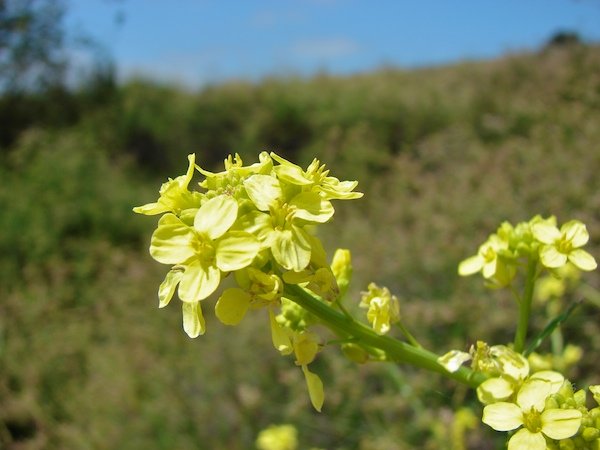 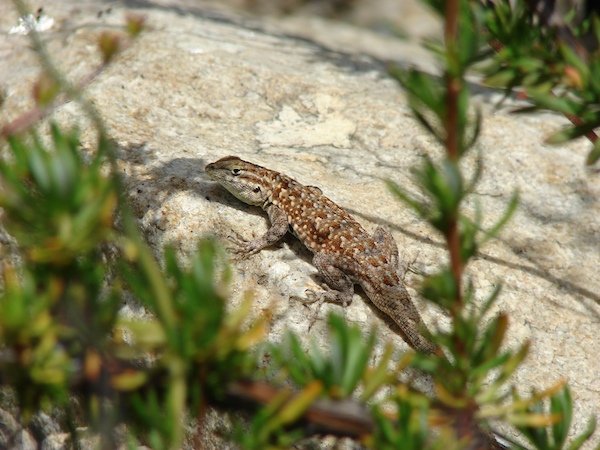