I don’t know what day it was, but the boys and I, along with my dad, Karen and Scott, made a visit to the Channel Islands National Park visitor center at Ventura Harbor. There is a beautiful native garden, tidepool tank, big relief maps of all the islands and an observation tower from which you can see some of the islands on a clear day.

Climbing the four or more flights of stairs in the observation tower was a big hit with the boys. Riding down in the elevator was an even bigger hit.

(Tangent: When we were at LAX the boys were awed by the escalator. I don’t know if there is a single escalator in the whole state of Montana, but if there is, I’ve never seen it. Anders almost fell off it the first time we rode down one. It was hilarious (because he wasn’t about to get hurt or anything). I forget about all the things we don’t experience living here. We do have elevators, though.)

I told the boys about the several times I’ve been out to the islands and whale watching from a boat, so Anders is determined to get to an island next time we are in California. 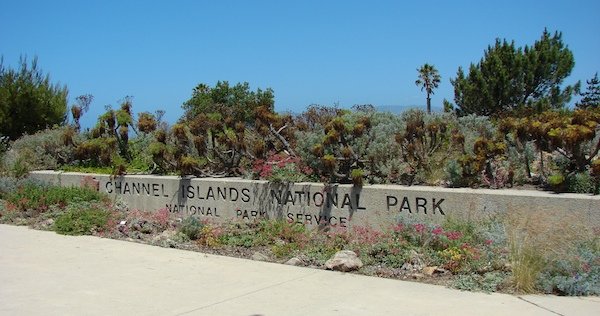 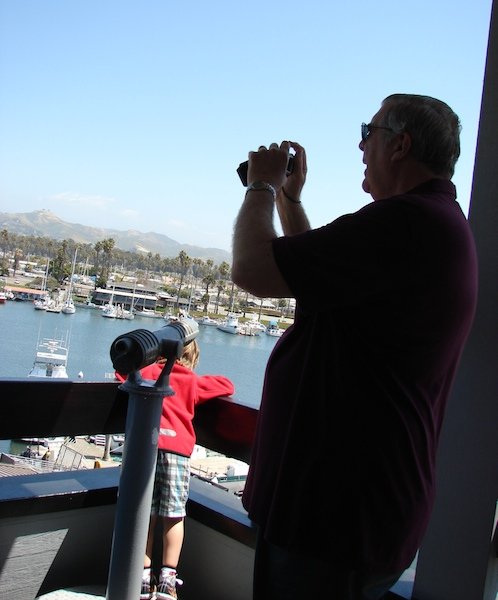 Dad photographs the harbor while Anders contemplates whether he could make it if he jumped off. 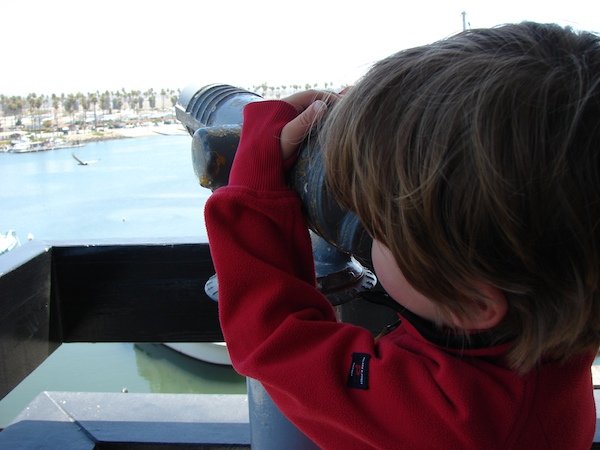 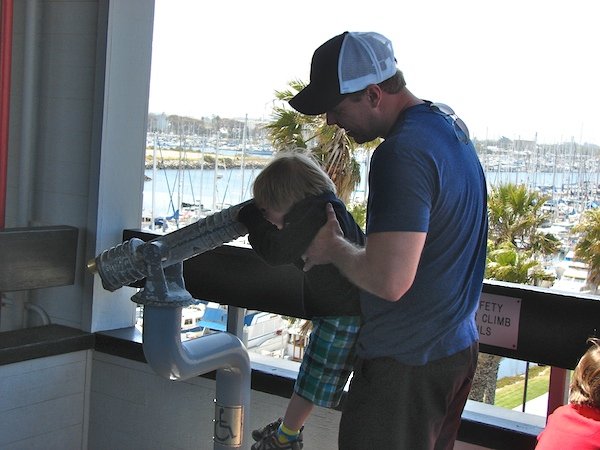 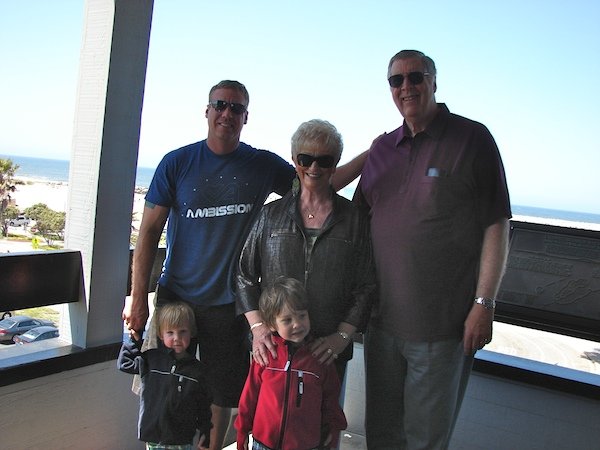 Scott, Karen, dad, Finn and Anders in the observation tower. 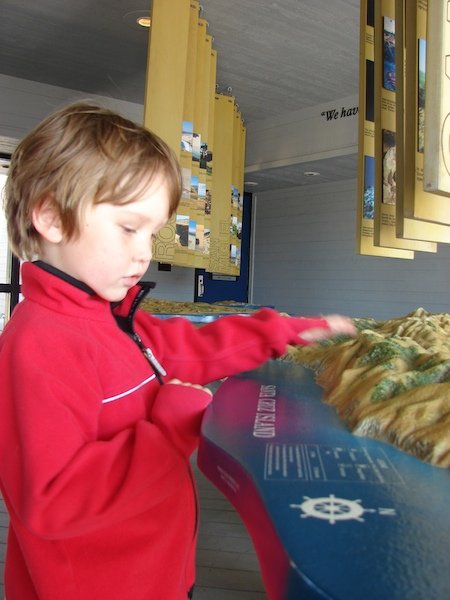 Checking out the island map. 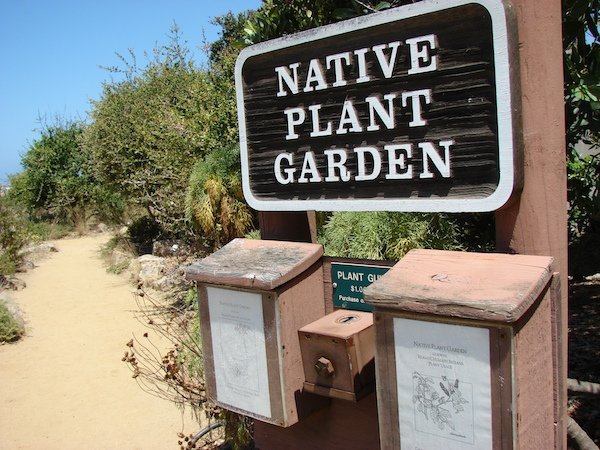 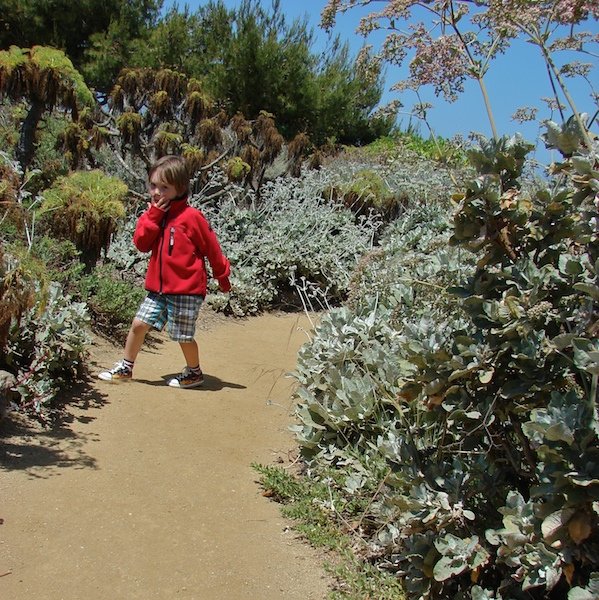 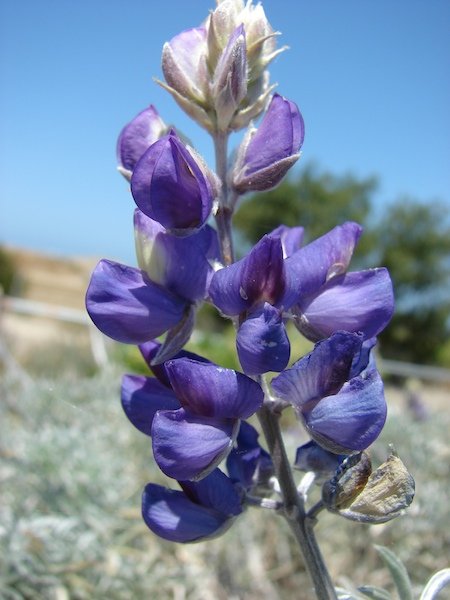 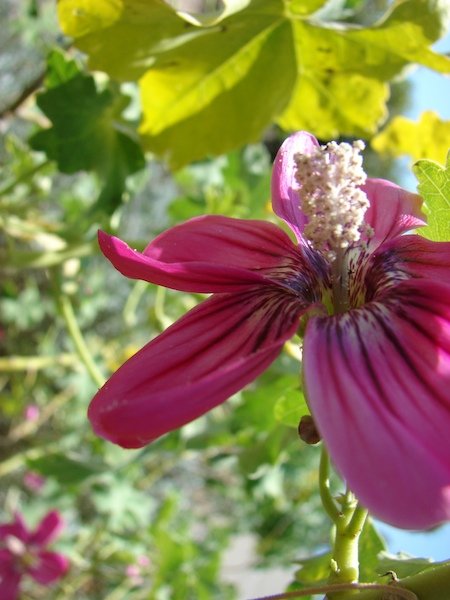 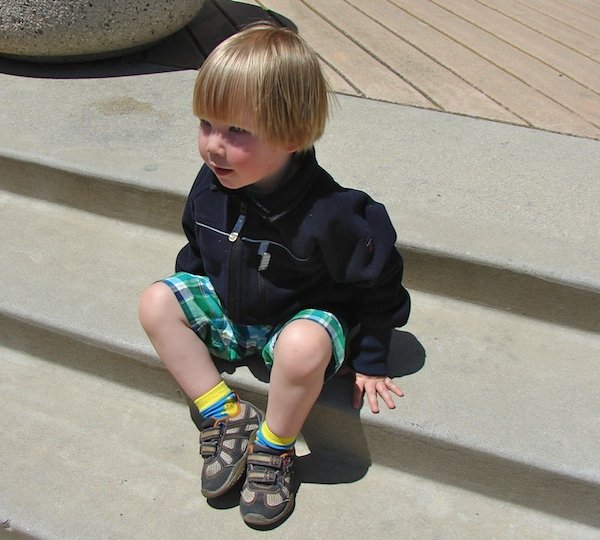 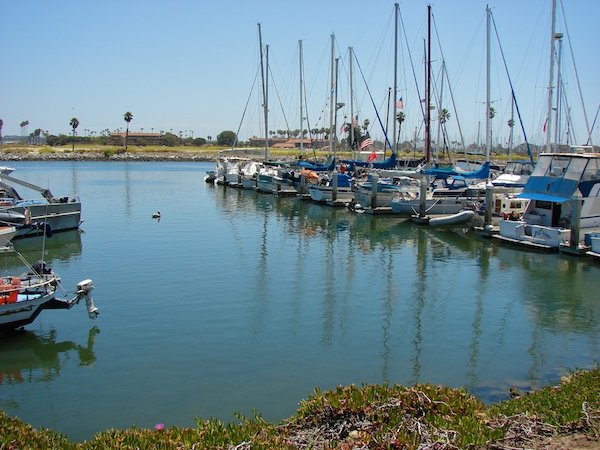 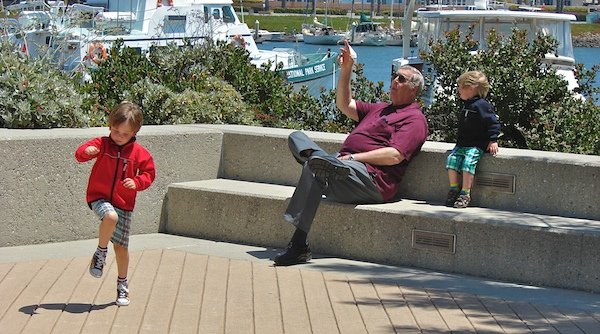