My memory is pretty bad lately. I’ve been getting everyone out of the house to go to an event or something only to realize that I don’t know where it is or I have the wrong day or time. More than once this month my family has found itself wandering around looking for something only to find out (after we give up and go home) that we have the wrong day.

My memory is so bad that I forget how bad it is. A few weeks ago we were going to go to a rally to bring passenger rail back to Livingston and the Hiawatha route across the southern part of the state. We got all bundled up, grabbed lunch and headed to the tracks. I was pretty sure I knew where it was. We wandered up and down the train tracks, eventually giving up hope and settling in for a picnic at the depot. I called a friend and found out the rally was in BOZEMAN! 25 miles away. I did shout, “Bring passenger trains back to Livingston!” to the empty railyard and depot.

Then we dressed Anders up funny and amused ourselves. 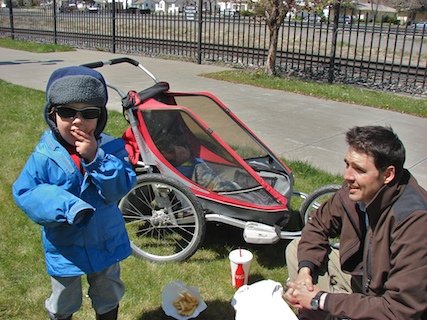 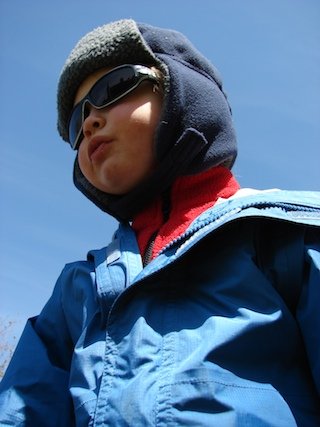 Our house is pretty small, so we spend a lot of time in close proximity with each other. The boys share a room (when one of them isn’t sleeping in our room.) So, there is only one way for Anders to get his own space. Put on the headphones and ignore the rest of us. 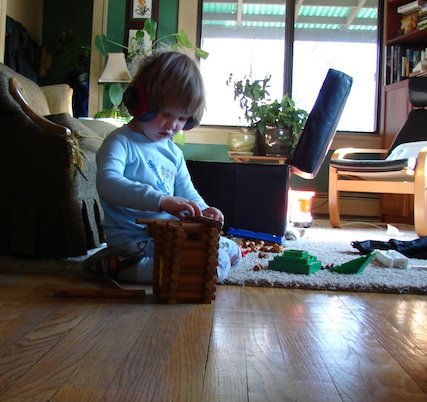 If Finn wakes up in the middle of the night he screams and cries. Often, we bring him into our bed because he’ll go to sleep. Otherwise it can get ugly.

The one drawback to having a kid in our bed is that they tend to squirm around and kick us. It’s not a restful night sleep for us, but we are horizontal and no one is screaming. Here’s Finn after a night with us. 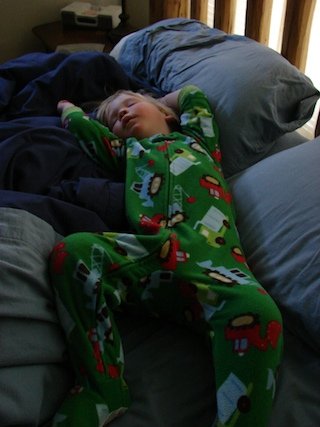 Finn crawled up on Anders’ lap to watch Dora, even though Finn has no interest in t.v., only in his brother.