Fortunately for my mom, she had her birthday here. And what a celebration it was. A four day extravaganza in Glacier National Park and a birthday hike. Not everyone’s party includes High Tea and brownies on a log. (That’s not a euphemism, we actually ate brownies while sitting on a log.)

We wanted to hike the Yellowstone River Trail, but when we arrived at the trailhead we discovered it was closed. Not the trail, but the first section of trail that crosses private land. I guess the B & B who owns it decided they want to keep it for their own customers–that’s what a neighbor told us. I was fairly bitter. I want access to my park!

Plan B was to head up to Jardine and try out the Bear Creek Trail. We didn’t get too far since one of our hikers really has to be prodded to keep going, but we had fun anyway. 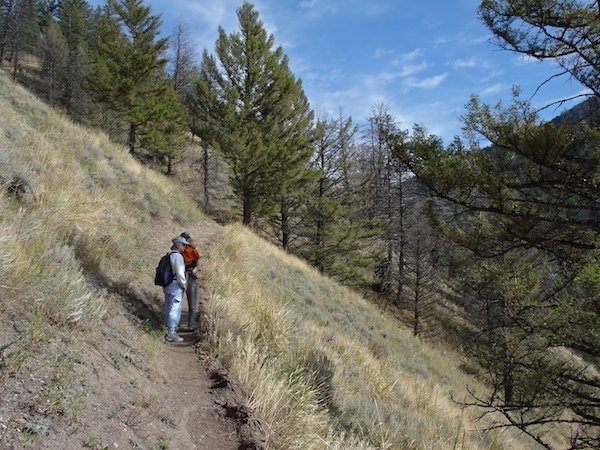 Heading into the woods on a lovely, sunny day. 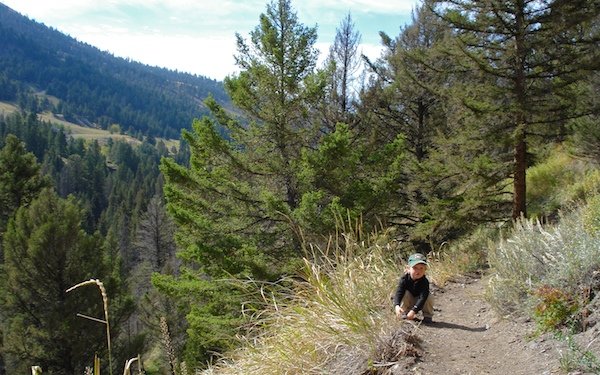 Taking a break to look at rocks. 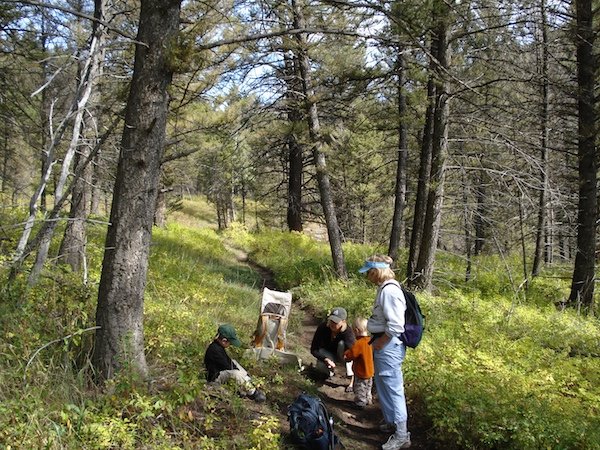 Another break…for water and resting. 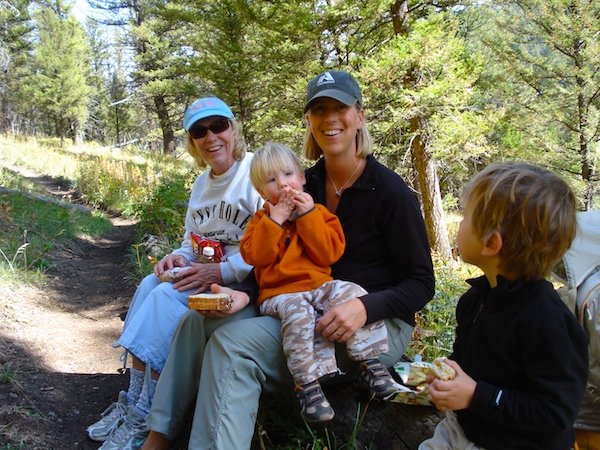 Our final destination: the log. Anders amuses us with an anecdote. 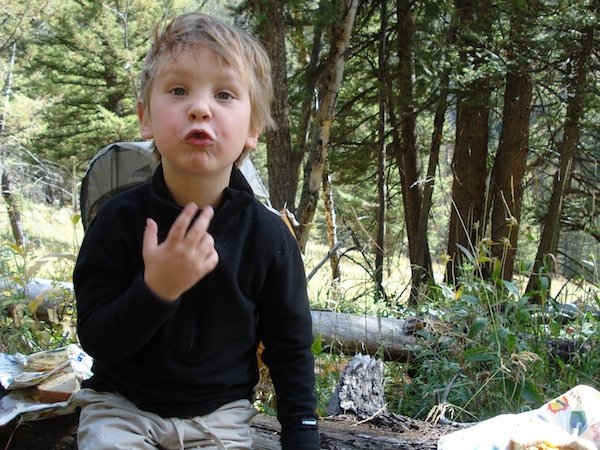 He is so cooperative when you want to take his photo. 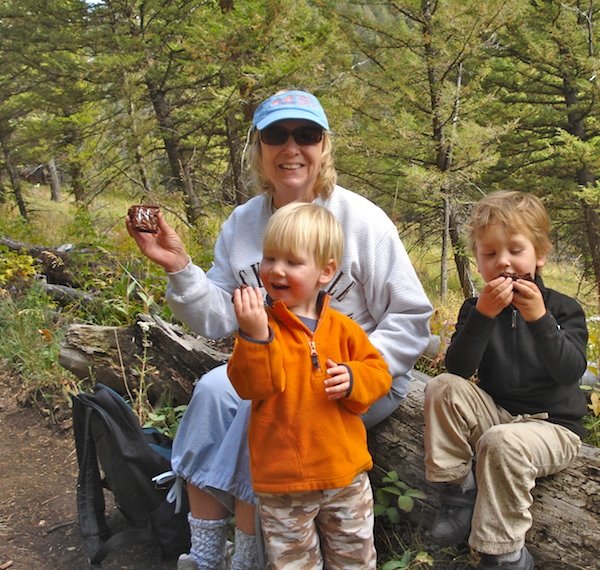 Everyone enjoys mom’s birthday brownies, but only one person gets an “N” on her brownie. 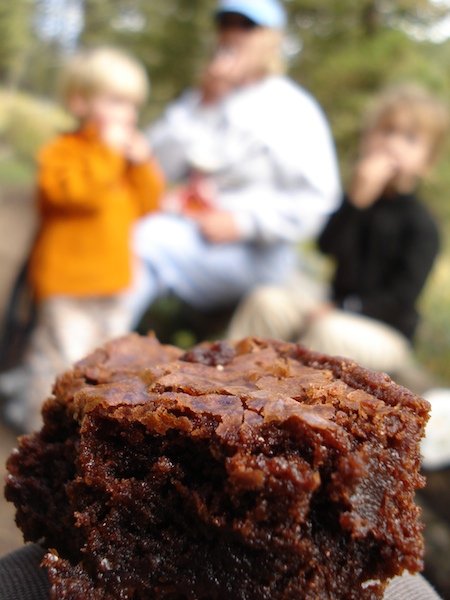 You kind of want one, don’t you? 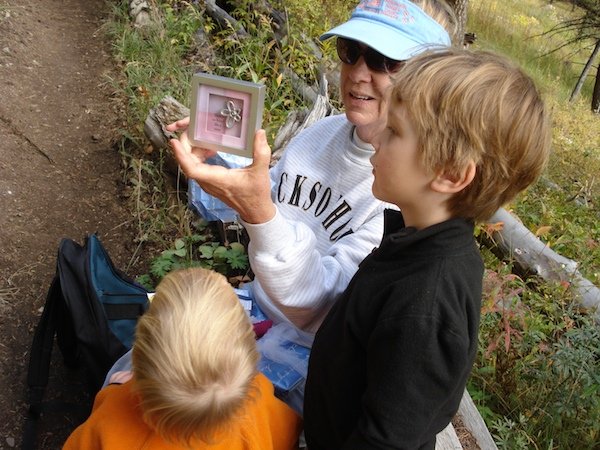 Mom opens a few gifts and the 20 or so cards her friends sent to me to present at her party. 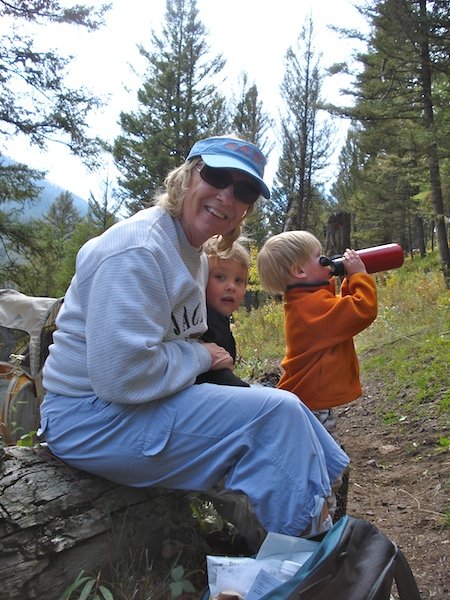 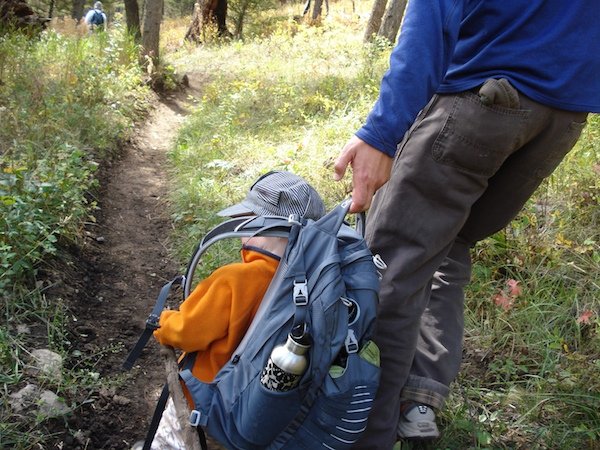 Finn insists on carrying the backpack on the way out. H makes him think he is. 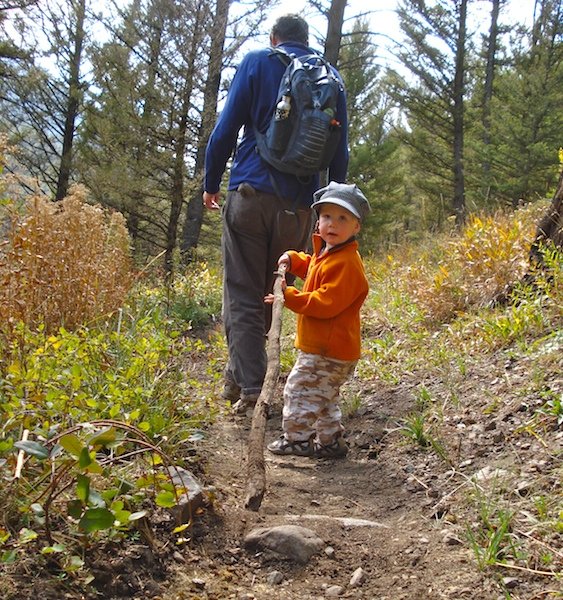 He gives up the backpack and drags a stick instead. After the stick wears him out, I carry Finn (asleep) the rest of the way to the truck. Lucky kid.

After the hike we went into Gardiner. Mom, Anders and I had salads and drinks at the K-Bar, while H hung out in the truck with sleeping Finn. Happy Birthday, mom!