Have you missed me?

We’ve been so busy that I haven’t had time to post anything. 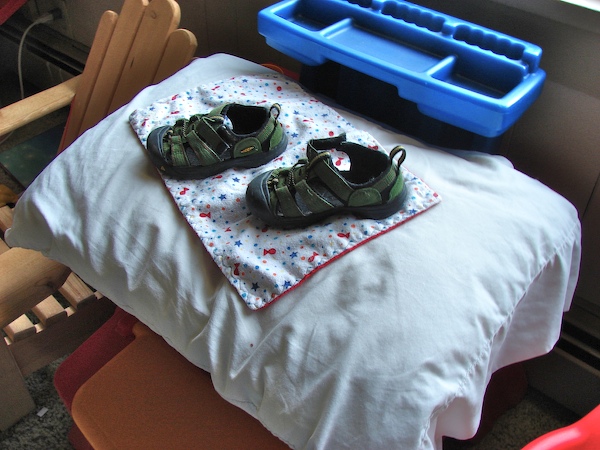 Anders arranged these objects. When I asked him what it was he said, “beautiful.”

Last weekend, Anders, Finn and I walked in a 5K with some other women and babies. Anders and Finn were the big kids; the other babies were 2 months and younger. We really took our time, stopped to talk to people, rearranged babies and I still came in 6th in my age class (out of 6).

Finn slept through the whole thing. Anders squeezed in the stroller with his brother and happily accepted water at the aid stations. 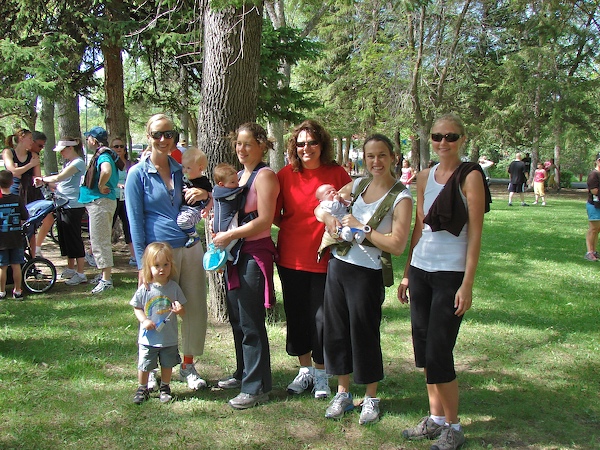 The crew after the race. 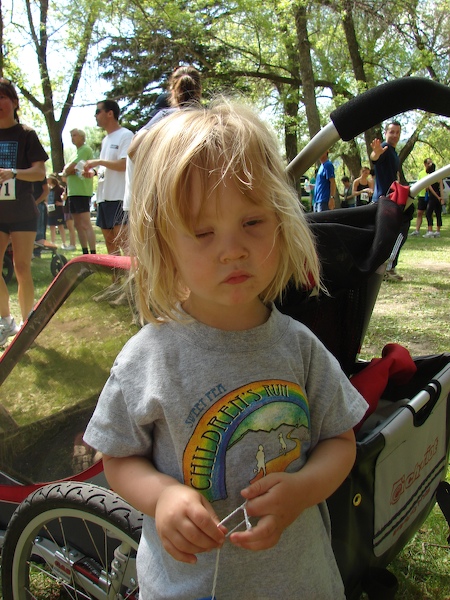 Anders after the race. Exhausted, no doubt, from the ride in the stroller.

There are more pictures from the event at Brooke’s blog. She was much more on top of taking pictures.

Now some flowers from my garden. 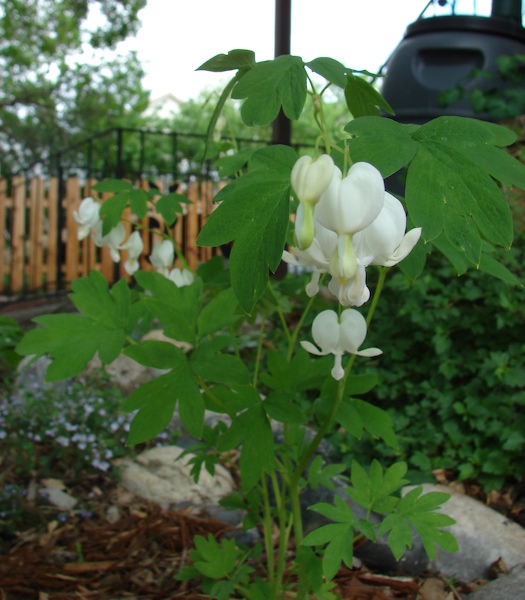 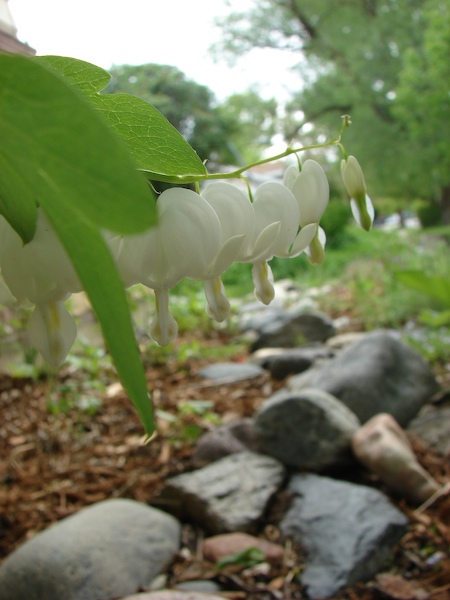 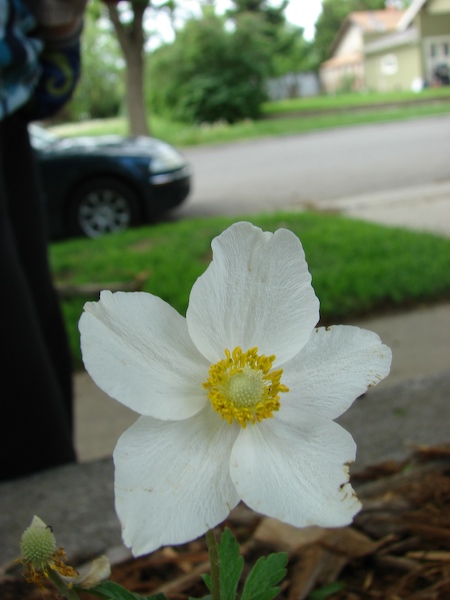 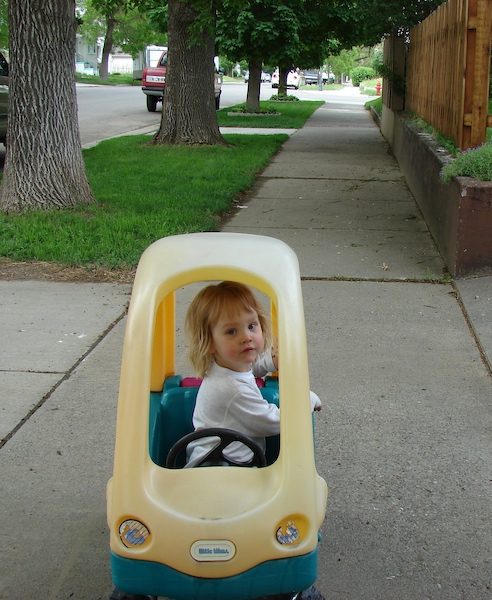 I found this car in the alley next to someone’s trash can. Anders loves it; can you believe someone was throwing this away? 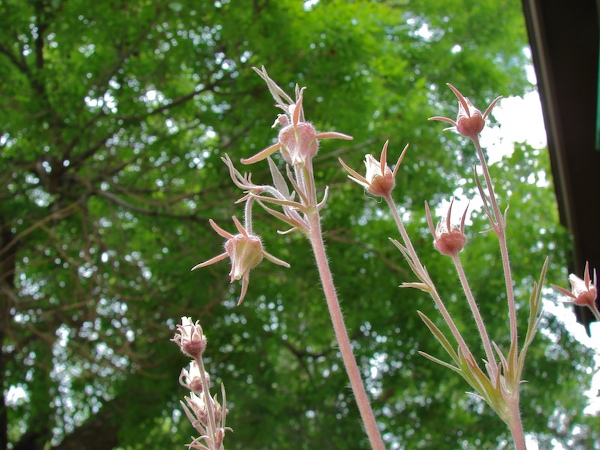 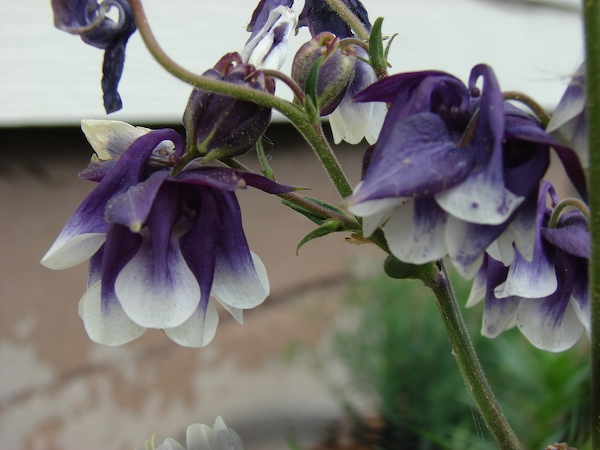 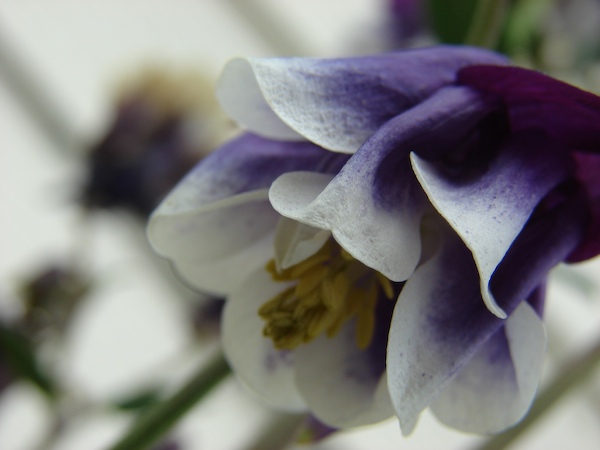 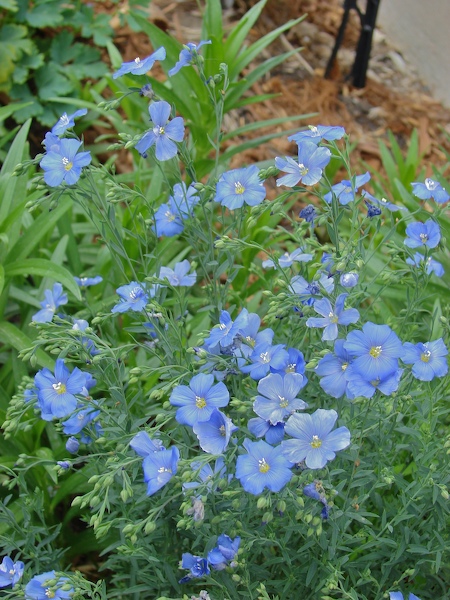 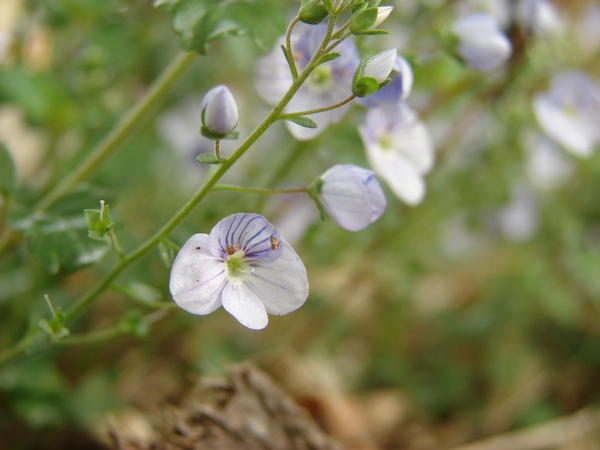 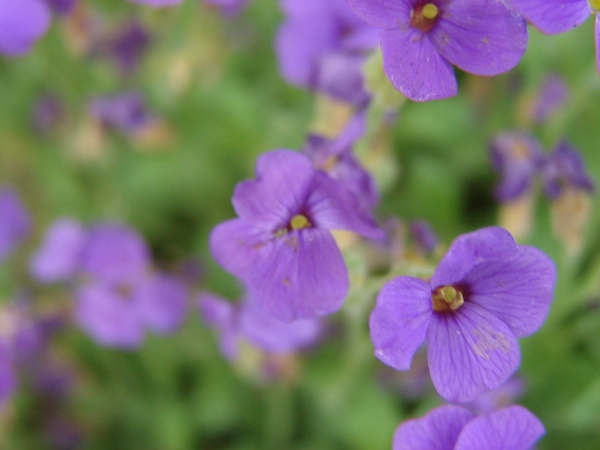 Anders had his last gymnastics class today. They pulled out all the fun equipment and invited families and friends to watch. Henry, Mogie and Big H joined us for the fun. 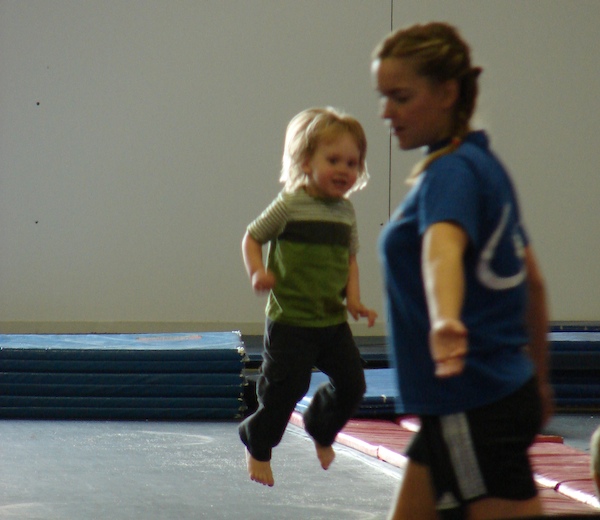 Warming up on the tumble track. 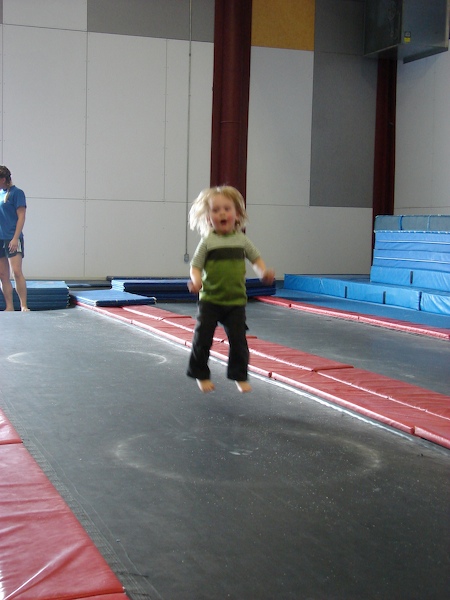 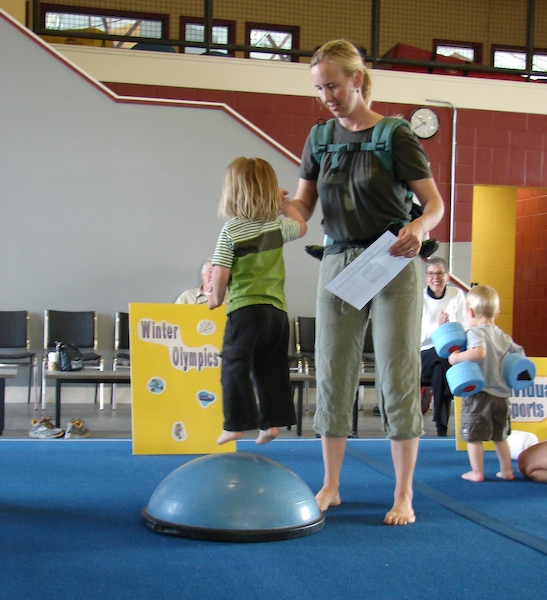 Bouncing on the bosu ball with a little from his mom. 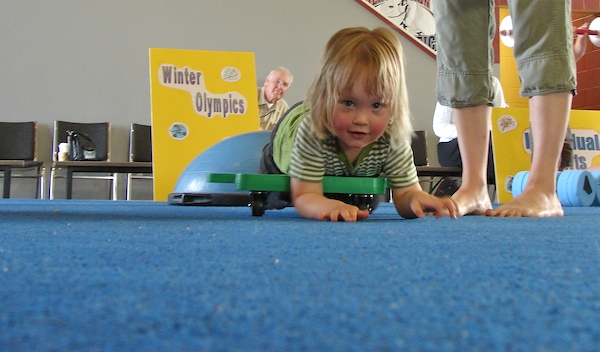 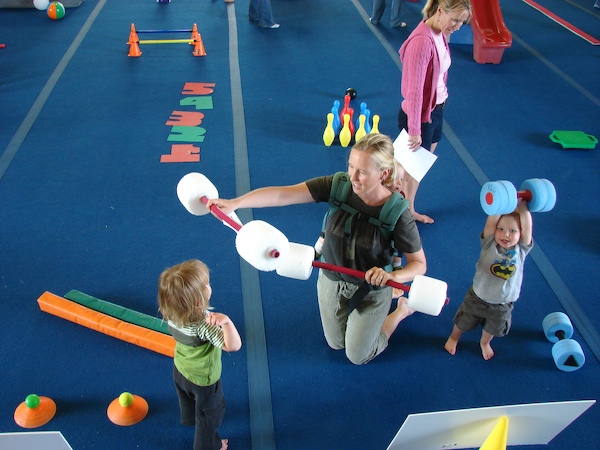 Lifting weights. Check out Finn’s face in the backpack. 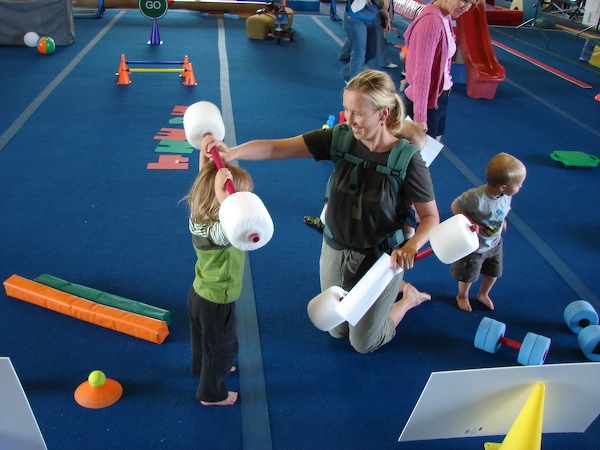 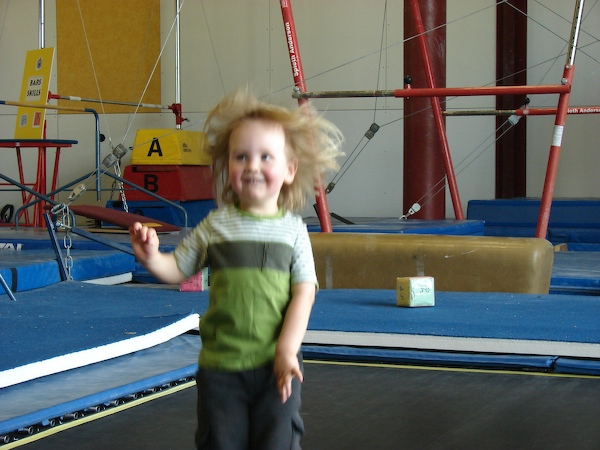 The highlight of every gymnastics class–trampoline! 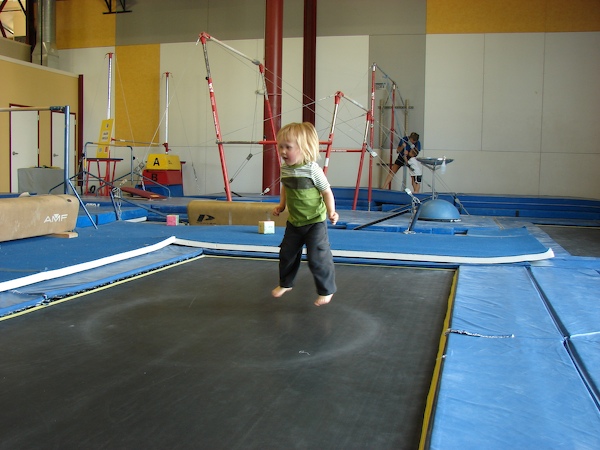 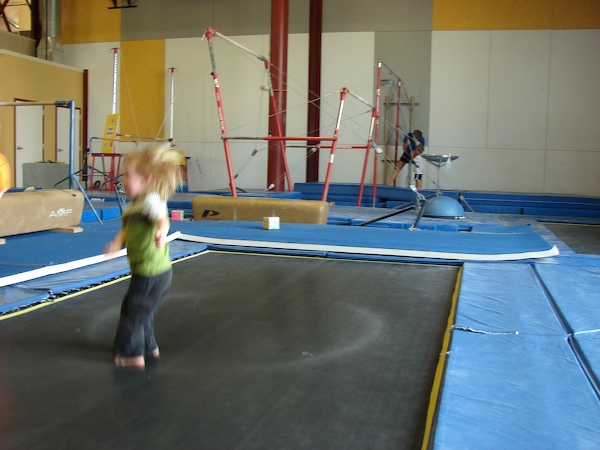