It’s 1 a.m. and I am super tired (being a volunteer is hard work), but I want to get a few photos up tonight so I don’t get backlogged. There are a lot of gorgeous and interesting things to photograph up in the Great White North.

In between making all the fixings for a Thanksgiving dinner for 35 (it’s Canadian Thanksgiving, eh?) we took a little tour around Churchill and the surrounding area. 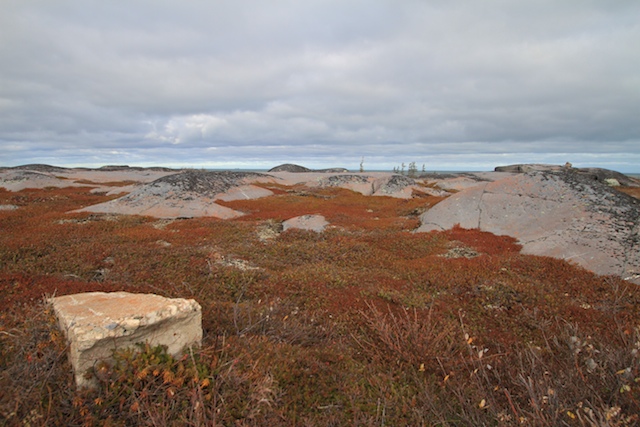 The tundra in autumn. Quite lovely. 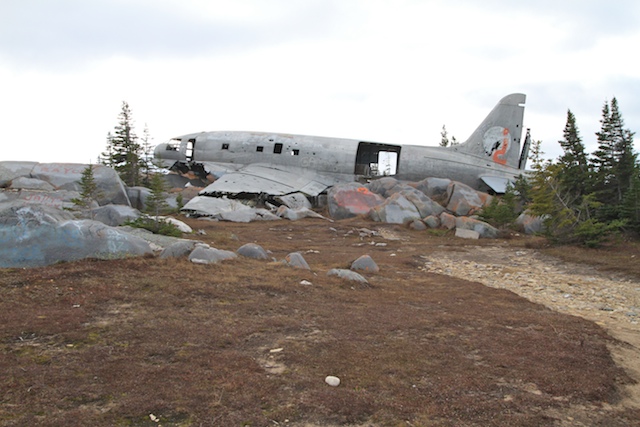 A plane wreck called “Miss Piggy.” I don’t know why. The funny thing is that is is super close to the airport. 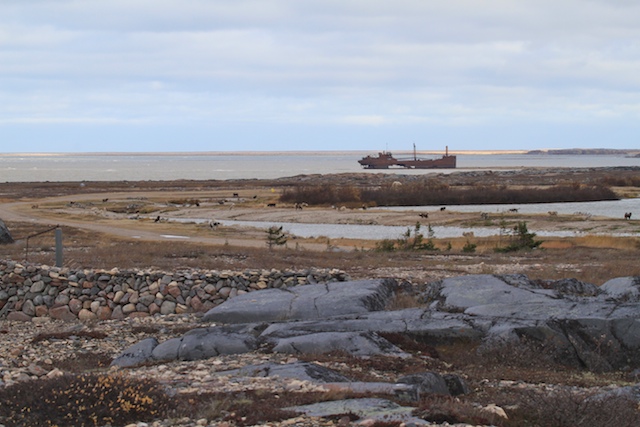 Do you see the bear? The sled dogs? The shipwreck?

This man keeps his dogs on Queen Land (that’s like what we call Federal land south of the border) and overfeeds them. Of course, polar bears want to get in on that. So, Brian charges people to come out and see the bears and the dogs. Then he uses the money to buy feed for the dogs. It’s illegal and a few dogs get eaten every year, but I guess that’s how it goes here.

We didn’t mean to end up here, but our tour guide got a little confused on which direction to go. I don’t condone the practice, but it was interesting to see. And it was my first bear! 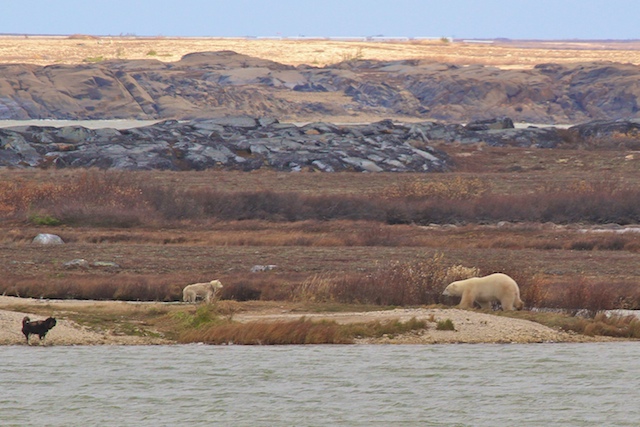 The bear pretty much ignored the dogs, but the dogs were going nuts. 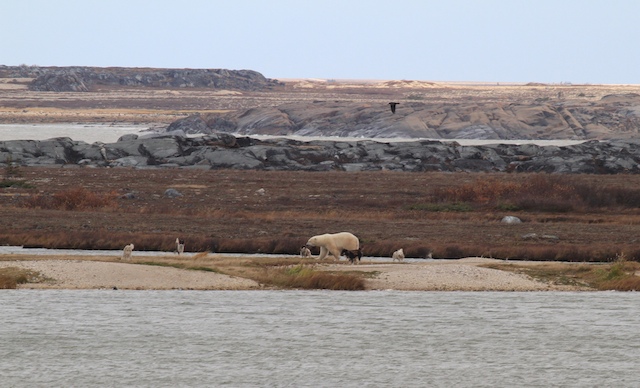 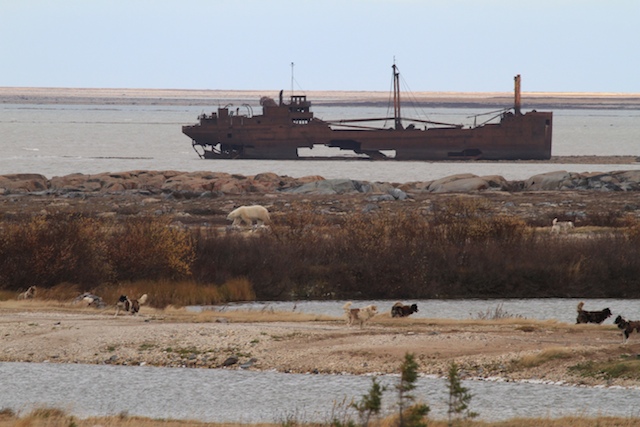 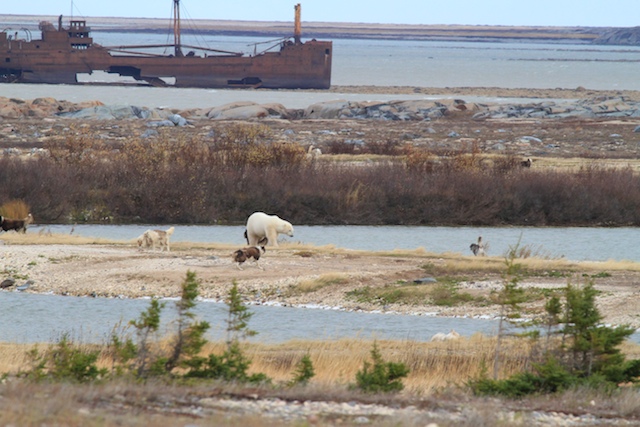 Since this is the first bear I saw, I got a little overexcited and took a zillion photos. Lucky, for you, I won’t post them all. 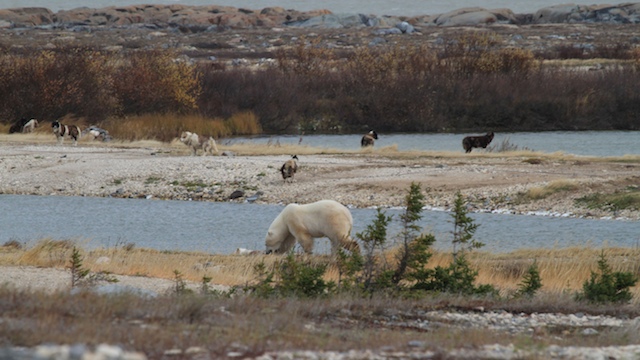 Back into Churchill, population 800. The town grows by about half that during bear season, when workers come in to wait tables, drive buggies etc. 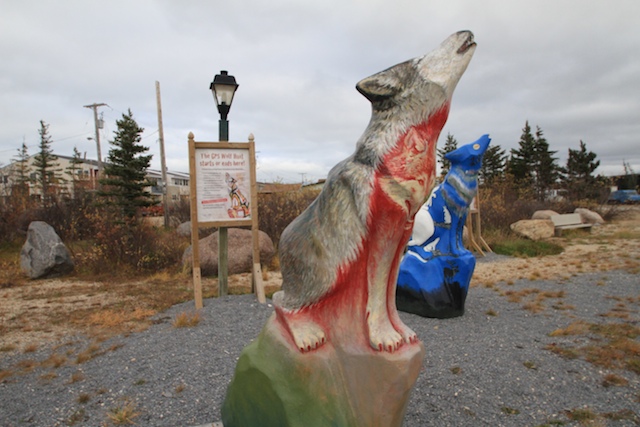 Wolves in Churchill. They are part of an GPS game that takes players around the province. I saw one in Winnipeg, too. 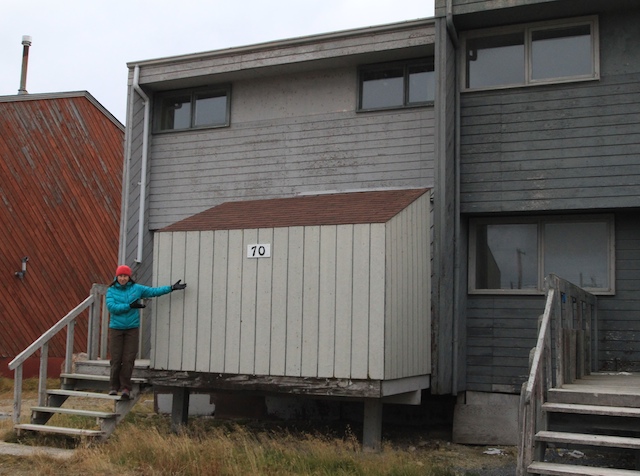 Jane shows off 70 Hendry, one of the PBI houses. 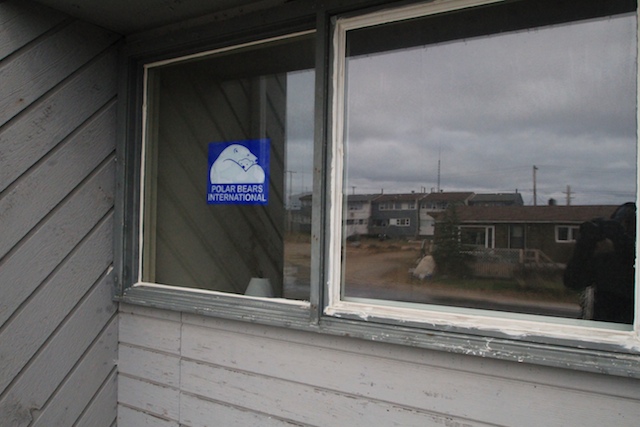 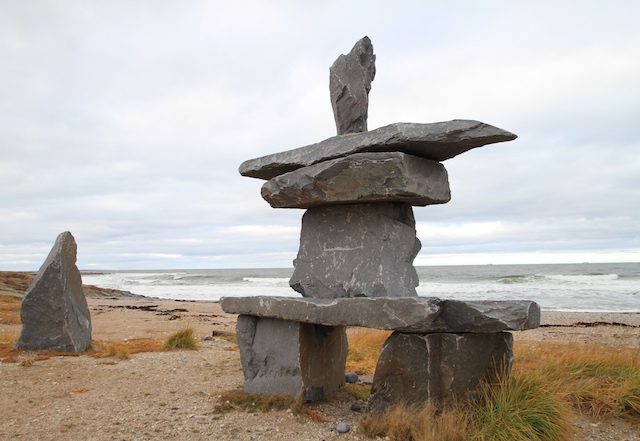 An inuksuk in Churchill with the Hudson Bay behind. An inukshuk is a stone landmark or cairn built by people, used by the Inuit, Inupiat, Kalaallit, Yupik, and other peoples of the Arctic region of North America. The inuksuk may have been used for navigation, as a point of reference, a marker for travel routes, fishing places, camps, hunting grounds, places of veneration, drift fences used in hunting or as a food cache.

The Complex–school, hospital, library, pool, movie theater, recreation center and more–all under one roof. No worries about nasty weather or attacking polar bears. 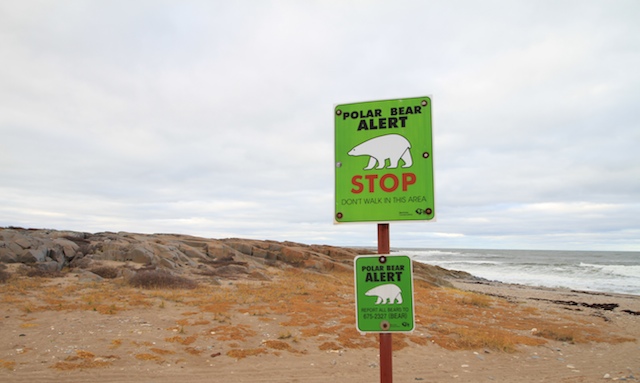 Right now I am out on The Tundra Buggy lodge. The wind is whipping and it seems to be raining. Luckily, we saw a bunch of animals on the way in, because it looks like the weather is getting nasty.

1 thought on “Bears, dogs and town”