I’m sitting in a café in Villa de Angostura with the intention of adding pictures from yesterday. Unfortunately, I forgot my camera yesterday and took pictures with Henry’s camera, which is back at the cabaña with Henry and Anders.

Yesterday, Anders was feeling pretty badly; he’d been up several times the night before with a fever and a nasty cough he picked up in Salt Lake City or Atlanta. So, we laid low in the morning. Henry ran errands and Anders and I read books and hung out in the back yard.

In the afternoon we drove the Circuito Corto (Short Circuit) which skirts Lake Nahuel Huapi and its beautiful scenery. At km 8, you meet Playa Bonita, with a magnificent view of Huemul Island. 10 km further, you get to Mount Campanarios base (Belfry). Here is a chairlift that takes passengers up to the summit at 1,050 metres, from where you have one of the most spectacular views of the region, including Lakes Nahuel Huapi and Perito Moreno, El Trébol Pool (Shamrock), San Pedro and Llao Llao Peninsulas, Victoria Island, Mounts Otto, López, Goye and Catedral and the city of San Carlos de Bariloche. We didn’t go up there, so I only assume the view is that nice.

We took a short detour down San Pedro Peninsula, which I wouldn’t necessarily recommend. It is a dirt road with lots of badaneras (dips) and surrounded by so much vegetation that you can’t really see anything.

Next you get to the Llao Llao Hotel–a $400 a night hotel with a magnificent view of the Andes and the lake–and Port Pañuelo (Handkerchief) where you can take a boat to Victoria Island. 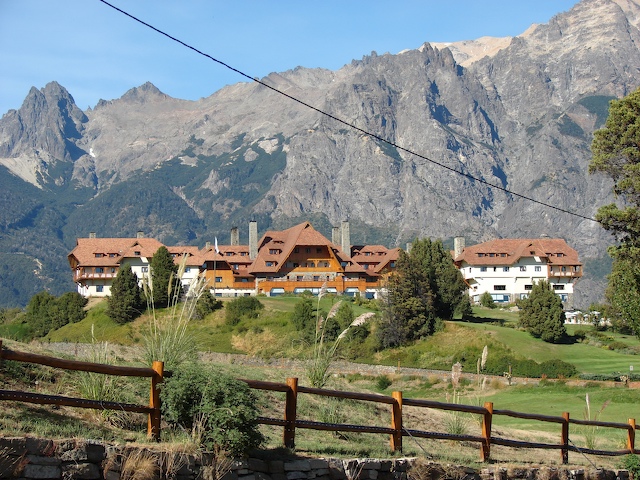 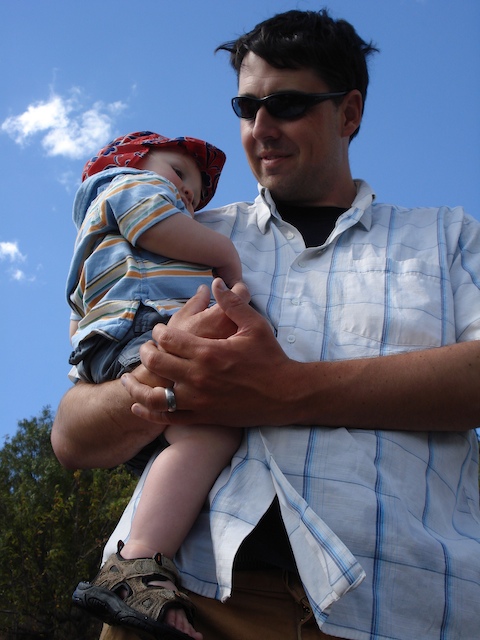 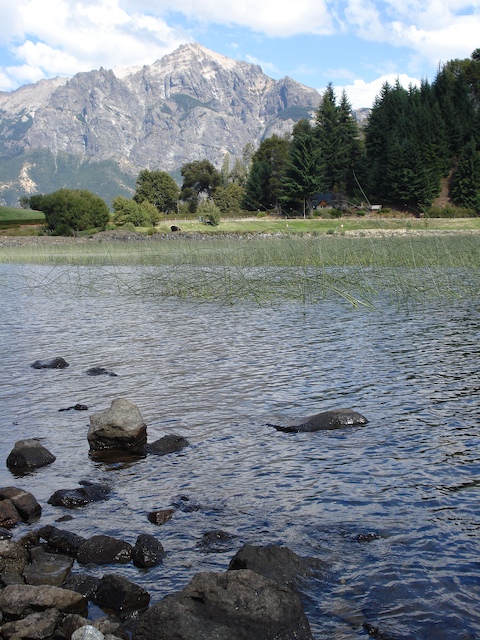 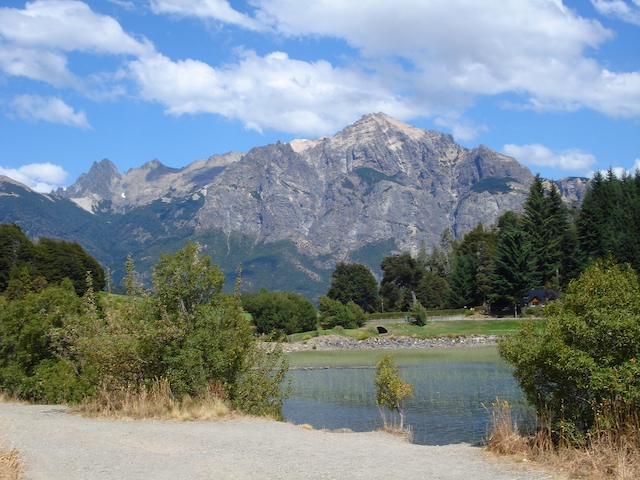 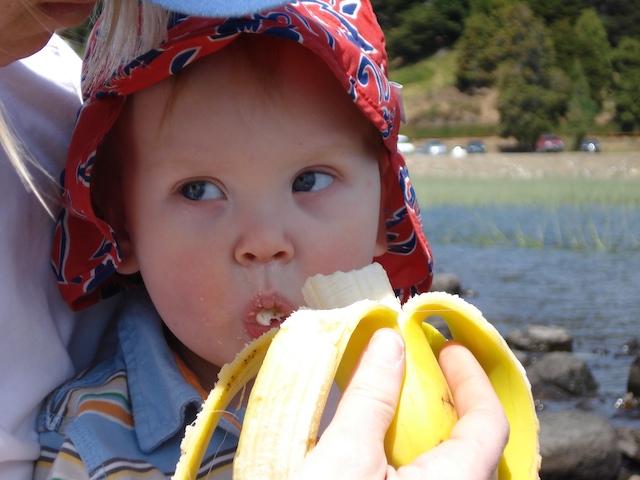 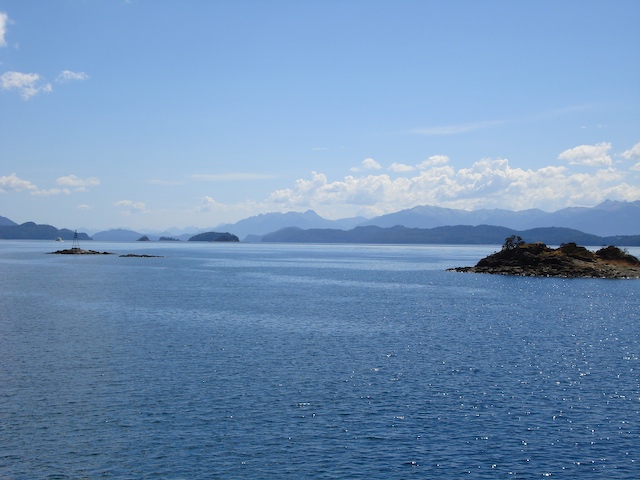 Soon we stopped at the bridge that crosses over Lake Moreno in its narrow point. We sat on the beach for a bit and let Anders get totally soaked while throwing rocks. 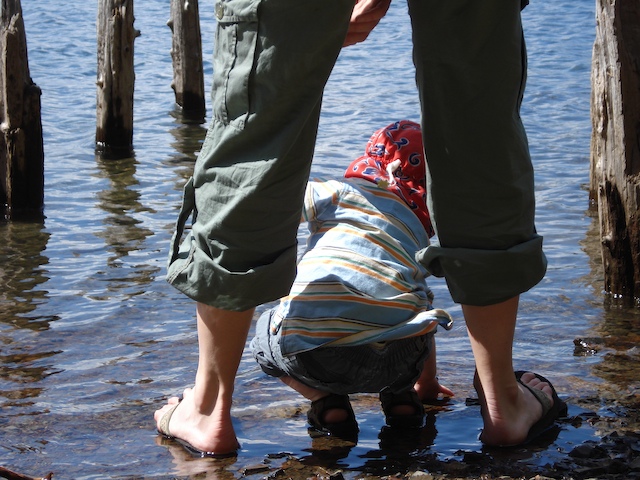 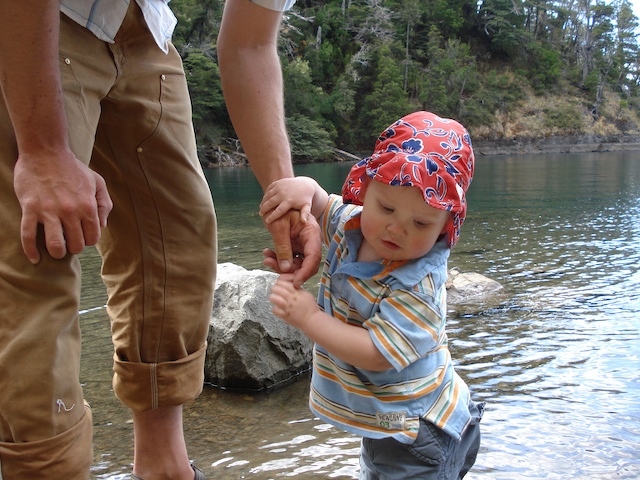 Henry and Anders play in the water a Lago Moreno Este 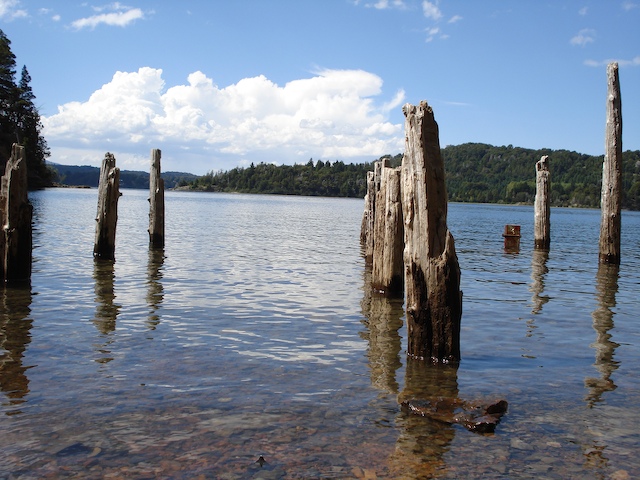 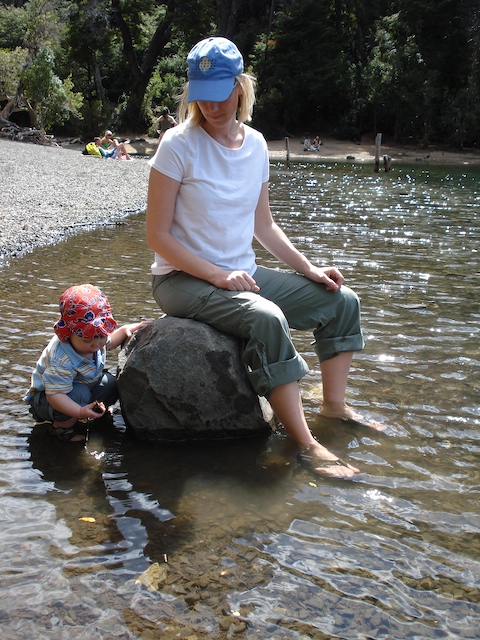 A bit further, we reached a trailhead with several trails heading up Mt. López. We took a short, but steep, trail that turned out to not really be a trail. More of a slippery climb up the mountain. That’s when I remembered that I was out of shape, pregnant and carrying a 22 pound baby on my back. While wearing flip flops. The view was pretty, though. 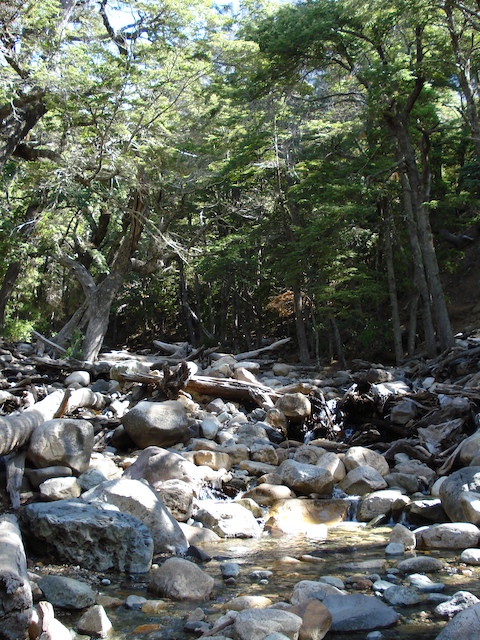 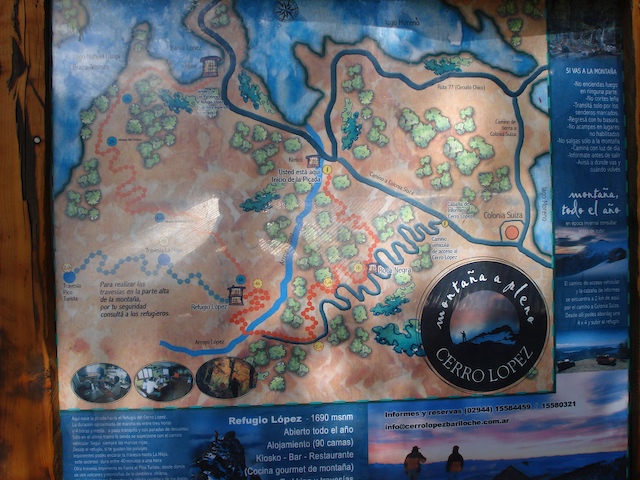 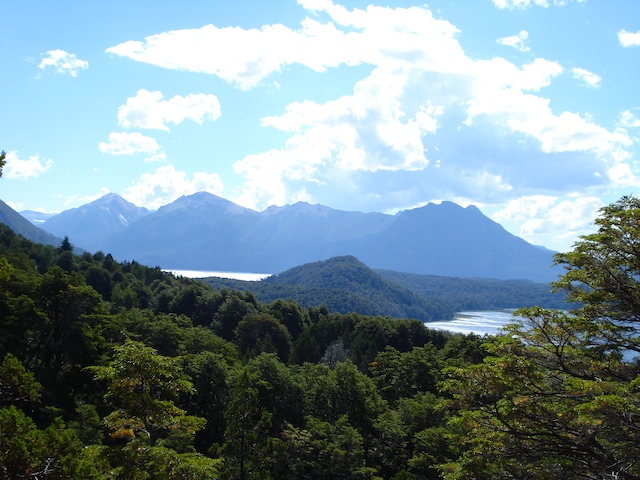 The view of BahÃ­a Lopez from Cerro Lopez trail.

We wound down the day with a visit to a Casa Té (Tea House) for a little snack. It sat up above the lake and was quite lovely. 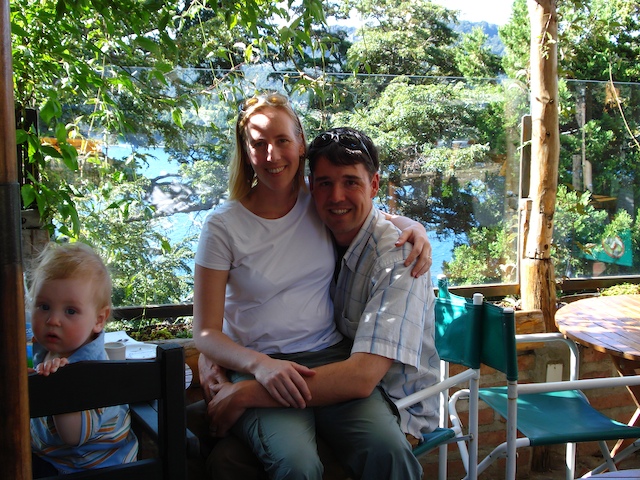 Hanging out at Casa de Te 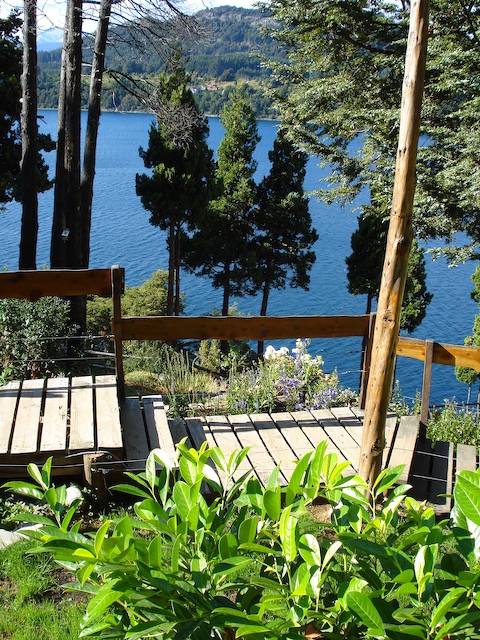 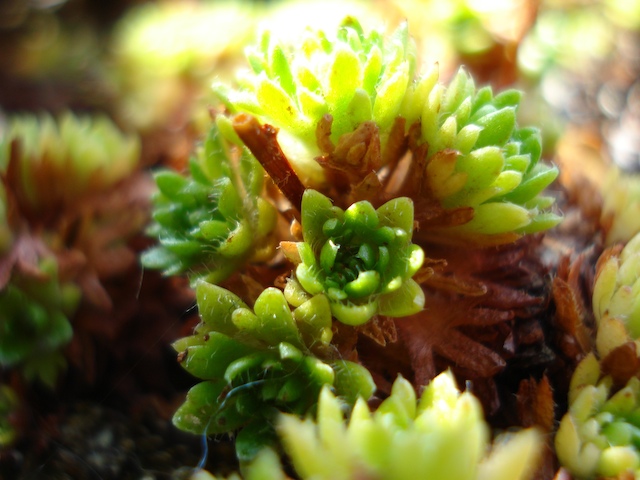 Today we left for Villa de Angostura. A cute town on the north end of Lake Huapi Nahuel. It is definitely more high-end than Bariloche, but we were able to find a nice cabaña at a reasonable price. Unfortunately, it is just one room. We’ll see how that goes. 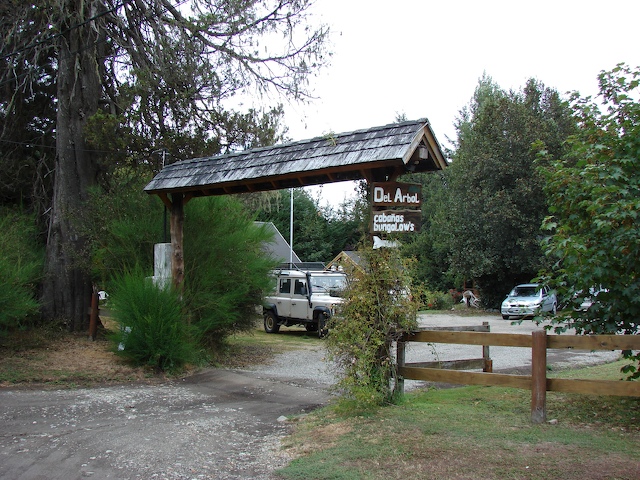 One of my favorite signs in Bariloche: 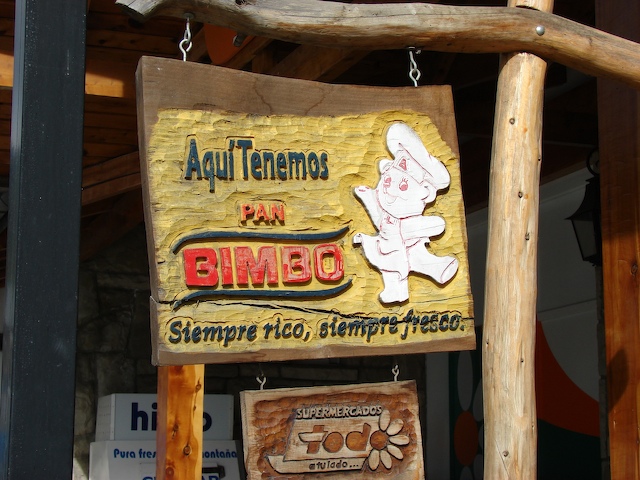 “We have bread for airheads”

Too many people are smoking in here and I can’t breathe. More later…