Driving from Bariloche to Esquel we left the lake district and entered the steppe. We drove from the province of Rio Negro into Chubut. It was a dramaticnot gradualshift from sparkling blue lakes surrounded by towering mountains to rolling shrublands. From the cool colors of forest green, verdant green, cobalt and aquamarine to burnt umber, gold, mustard, chocolate, olive and buff. But, the sky stayed the samepale blue broken by fluffy white clouds. 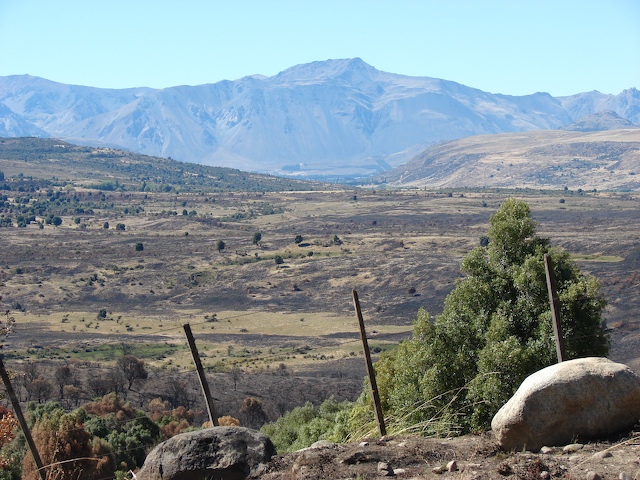 View from the road of some steppe that had recently burned.

The distance from Bariloche to Esquel is only 297 kilometers (185 miles), but in a way it is much further. Still a town that caters to tourists, Esquel does not put on nearly as glitzy a show. It feels a little more like real Argentina. Thats funny to say because Esquel was built as much by European immigrants as Bariloche was. Only here it is the Welsh. Esquel was the town that sheepherders, many of them Welsh, would come to buy supplies and meet with old friends. On the vast steppe just to the east there are still many, many sheep.

According to Act III (a book Im reading about endangered animals in Patagonia and the efforts to save themif any) there are some 13,146,000 sheep in Patagonia as of 2005. Because of the huge number of sheep, guanacos are in steep decline (from historic highs of 40-50 million in southern South America to 550,000 in 1985). They both eat the same plants and thus are competitors. As we know from so many stories in our own country and around the world, wild animals have little chance against domestic ones. Guanacos are also hunted for their skins, which are used to make blankets that are quite popular in Buenos Aires and other locales. 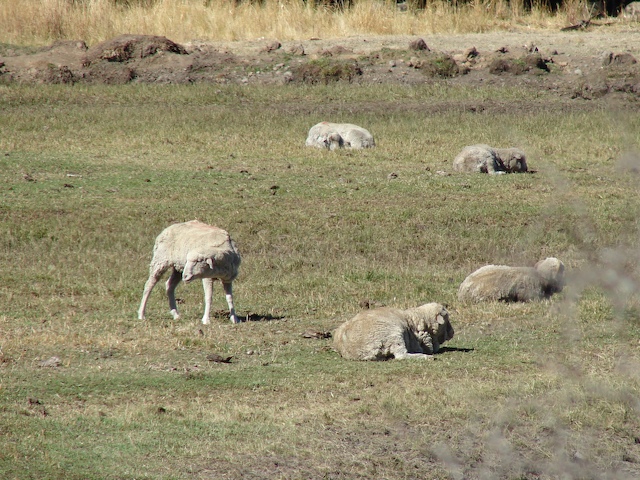 Sheep–John Muir called them “hooved locusts” for the way they totally denude the landscape of vegetation. 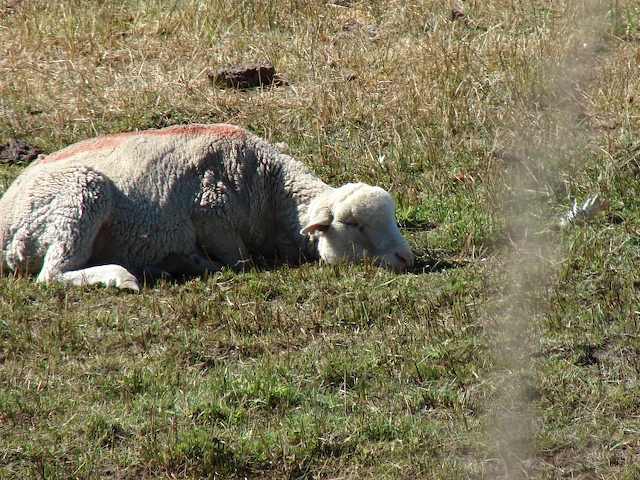 This one is too sleepy to desecrate.

On the way down mythical national road 40 (thats what one of the tourist brochures says; I dont know what makes it mythical) we passed through the town of El Bolsón, but didnt stop since Anders was asleep. We may spend a night here on the way back to Bariloche. It is a hippie hang out, among other things, and known for its jams.

Actually, the whole region is know for its jam production, made from locally grown plums, strawberries, raspberries, gooseberries, boysenberries and cherries. I bought some plum jam (because the label was so pretty) which was kind of silly, because of all the above mentioned fruits plum is my least favorite in a jam. I might have to get another kind to have with my morning medialunas.

We are staying at the Rayen Hué cabañas here in Esquel. For whatever reason I cant get the wifi to work, which is while there will be all these Esquel posts up after we leave. There is a cat with 6 kittens living on the grounds and Anders delights in chasing them around. When I hold one for him to pet he is tentative at first and then gives it a patjust a little too hard. Hes spoiled by Diesel who will put up with just about anything, whether it be rough pats or body slams. 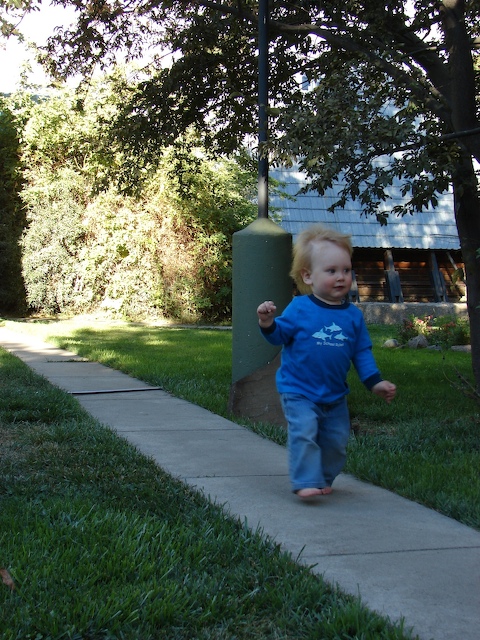 Anders enjoys walking around the pathways at Rayen Hue. 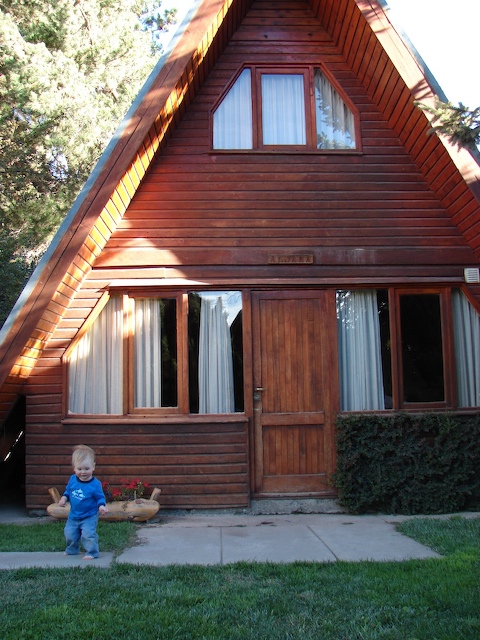 Tonight I watched Evita (Yes, I knew Madonna was in it. No, I did not know it was a musical. I knew there was a musicalI remember seeing commercials for it on T.V. when I was growing upI just didnt know this movie was based on the musical.) As you probably know, it is the story of Eva Duarte who after working her way up from a poor girl, to a model, to a singer and B-movie actress, marries Juan Perón who is elected as a populist president of Argentina. She died at the age of 33 of cancer and has become even more sainted than before her death. Among other things, she was instrumental in getting women the right to voteyou have to admire her for that. The movie was too long (is it bad when you are wishing some one would hurry up and die so you can go to bed?) but it was entertaining.