It’s been awhile since I have written about the 9th Street Island bridge and I know it has been on everyone’s mind. You may recall I wrote a riveting post about its near collapse in May 2008. Then in June of that year I wrote about its replacement with a “temporary” Bailey bridge. I added this stirring bridge update in April 2009.

I won a lot of awards for my bridge coverage and figured that people were dying to know what has happened with the bridge lately.

We lived with the temporary bridge until this spring (2011). Only island residents and their guests were allowed to use the bridge, so the 9th Street Island became a private island for the most part. We went to one party there, but otherwise stayed on the mainland for three years.

Then, we saw them constructing a new bridge and a couple of weeks ago it opened to the public. We were once again free to roam the island. Or at least walk about 1/2 mile down its one road. Henry and I added it to our running route.

The river is near flood stage again, much as it was that fated May when the bridge blew out. It seems steady, but just in case, I am adding it to my route as often as possible. 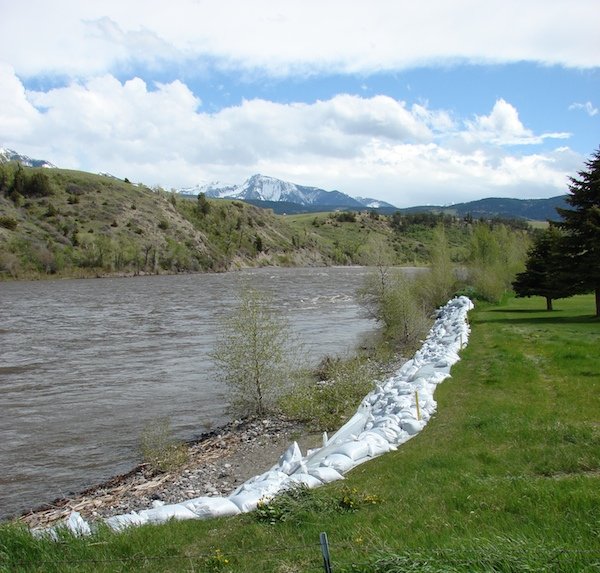 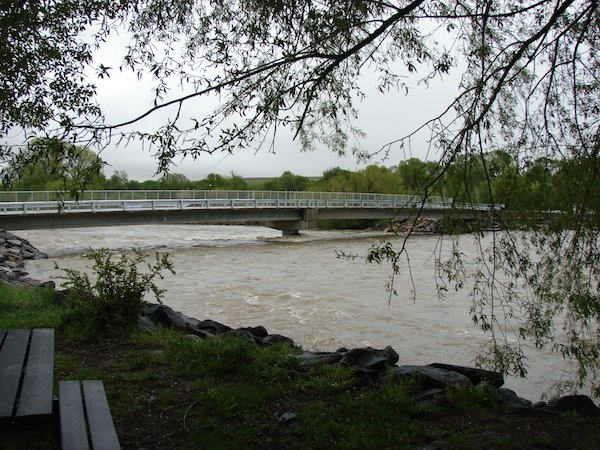 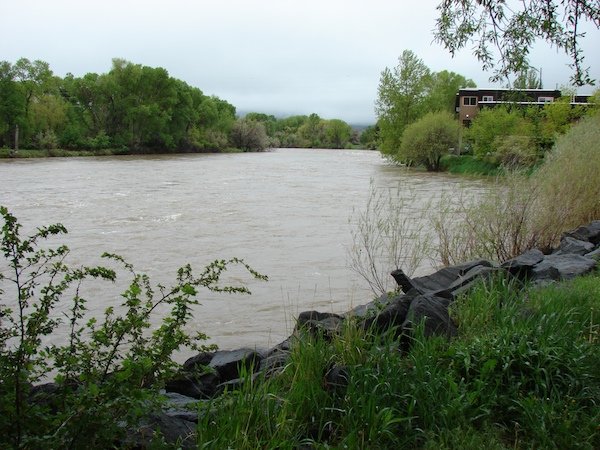 All that water rushes into the Missouri River at the North Dakota border and then into the Mississippi. And that’s just one of many big Montana rivers contributing to flooding in the midwest. 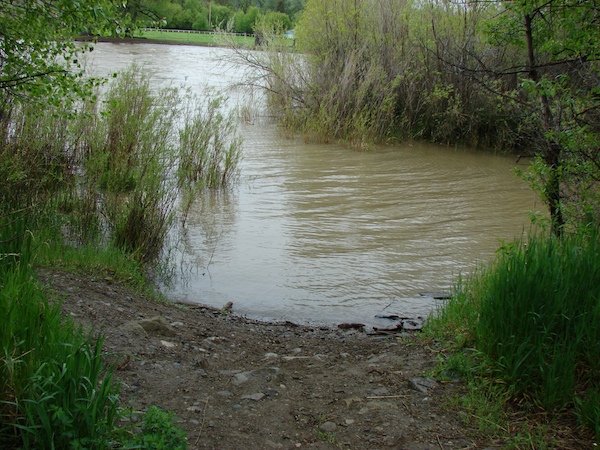 Fleshman Creek where it enters the Yellowstone.

Update to the update: It looks like the river crested a few days ago at just over .5 feet. That doesn’t mean it can’t crest again, but I think we are going to survive the river gods’ wrath this year.