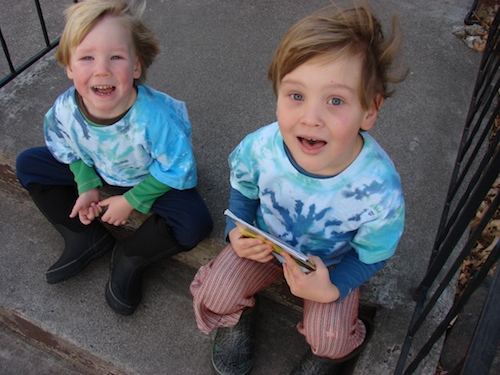 I wish I had taken the boys way above the Arctic Circle to study the northern lights, or aurora borealis. But, we didn’t get much further than the 45th parallel, and while the aurora was spotted throughout the southwestern U.S. in October, we haven’t seen anything here.

Henry saw the lights while he was in Churchill (he’s home!), but hasn’t posted his video, yet, so instead we went to the Norwegian tourism site to watch http://www.visitnorway.com/en/What-to-do/Attractions-Culture/Nature-attractions-in-Norway/Let-there-be-northern-lights/?media=video&autorun=true“>their video. No talking, just calm music and pretty lights. Before we started the video, I asked the boys to pay attention to what colors and shapes they saw and come up with a hypothesis to explain the phenomena.

To try to understand what really causes the aurora, we turned to a couple books. I’ve read about the northern lights many times, but seem to quickly forget their cause. In a nutshell, solar winds ejected from the sun react with chemicals in our atmosphere. There are different chemicals at different levels of the atmosphere, which is what causes the various colors.

Northern Lights A to Z by Mindy Dwyer

This pretty book simply describes the science and folklore of the aurora. We liked the mix of stories and facts. This tied into our post-video discussion because it explained the colors, shapes and causes of the northern lights. As much as I love science, with something as magical as this, I enjoy a little mythology, too.

We also read A Polar Bear Night of Stars and Lights by Jennifer LaBella. This book tells the story of two cubs who wander away from their mother and find comfort in the stars and the aurora. There isn’t any science in this one, but it is a cute story and the boys like it.

Since we couldn’t see the northern lights live, we brought them into our home with aurora borealis-themed tie-dyed shirts. 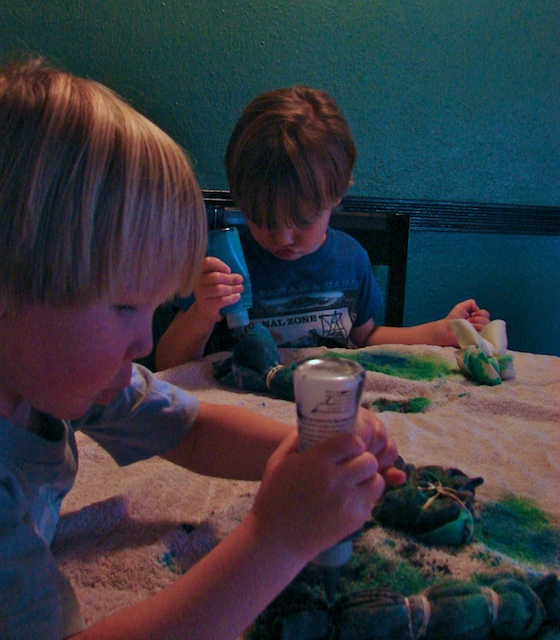 I didn’t have all the colors, and for some reason the green didn’t show up, but you get the idea. 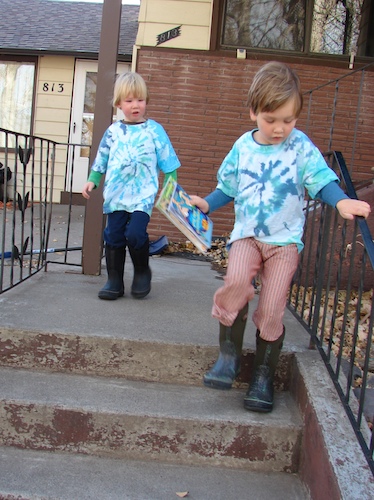