We have a lot of apples. It doesn’t help that I keep picking them, but I stare at those red beauties every time I look out the kitchen window. Our neighbors aren’t picking them, so I figure I am doing them a favor by keeping their lawn from being covered in rotting apples.

Henry has been talking about this apple butter that his Aunt Anne makes for awhile now. Big H has mentioned it a couple times, too, so I figured it must be pretty good. I didn’t know what it was (hint: there is no butter in apple butter, I know–confusing) but lack of knowledge has never stopped me from doing something.

H got the recipe from Aunt Anne because “he” was going to make it. I think you can see where this is going.

After a couple emails back and forth between Anne and myself it became clear that it would be much easier to make if we had a Foley Food Mill. I didn’t know what that was, but Aunt Anne very graciously sent me one. 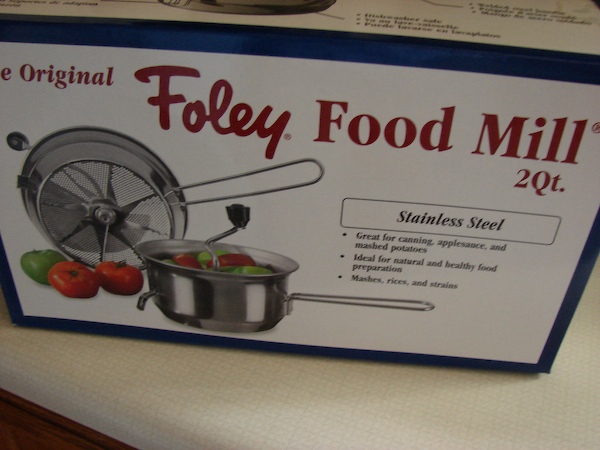 Instead of peeling all those tiny apples, I just cut them in quarters, cooked them and then ran them through the food mill.

The apple butter didn’t turn out exactly right (I made a little error), but that hasn’t stopped H from eating it everyday. And I am sure when he makes it, it will be just as good as Aunt Anne’s. 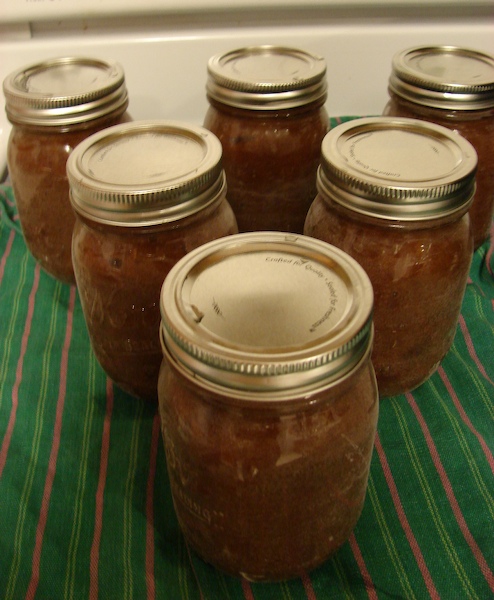