As I write this there is thunder booming in the near distance (is there such a thing?) and rain falling. We’ve enjoyed a handful of thunderstorms over the last week. I love it. The air cools down, the grass and garden get watered; it’s a perfect summer evening.

Today has been a little rough on Anders. He started out by face-planting on the sidewalk. His nose bled and he cried pretty hard. After recovering he and I took a nice walk by the river with Rigby. 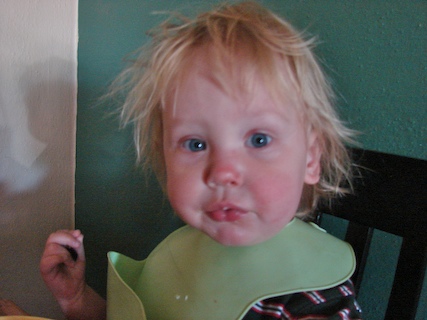 You should see the sidewalk…

Then we met Henry at Chadz where Anders bashed his head into the corner of a table. More crying.

After a too-short nap and some time with Henry, Anders started playing with a backpack near the front door. That’s where he cut his cheek on a bench. 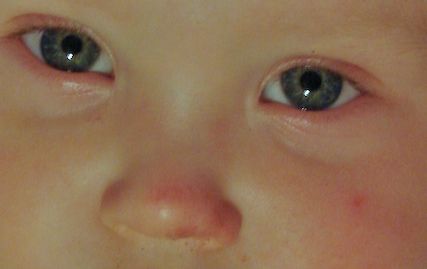 There were a couple other falls in there, but those were the mark-leaving events.

My dad says that Cobles always land on their face. Proof that Anders is at least partly related to me.

(Admittedly, these pictures don’t really do justice to his injuries, but I was busy when the blood was flowing out of his nose and didn’t have time to get the camera out.)