This weekend we took a ride on the Polar Express. This hour and a half train ride leaves from Lewistown (about 2.5 hours from here).

If you are familiar with the book “The Polar Express” then this Advent Adventure will sound familiar to you.

I tried to get tickets last year, but waited too long to buy them and they sold out. This year Big H got us tickets. Even though it is in the middle of Nowhere, Mont., it fills up quickly.

After boarding the train we were served hot cocoa and cookies by our elf. The kids were given coloring books and then the elf read the “The Polar Express”. Before we knew it we were at the North Pole.

Santa came out of one of the houses and boarded the train. He walked through the cars and took pictures with the kids. He gave each child a silver bell and signed their copies of the book.

The conductor came through the cars next and stamped our tickets with the word “believe”. Then we sang Christmas carols on the way back. 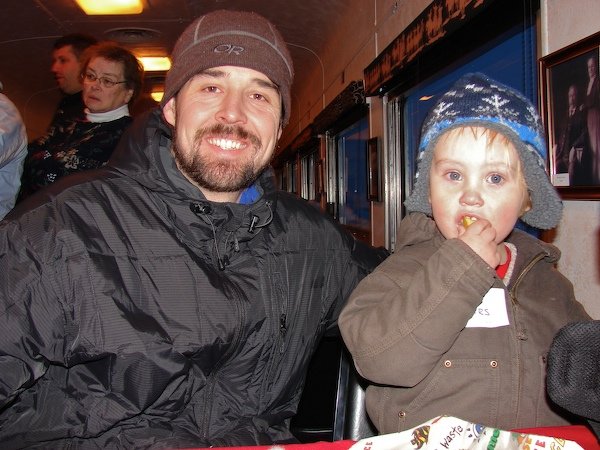 H and Anders eating peanut butter sammies while we wait for the train to leave. 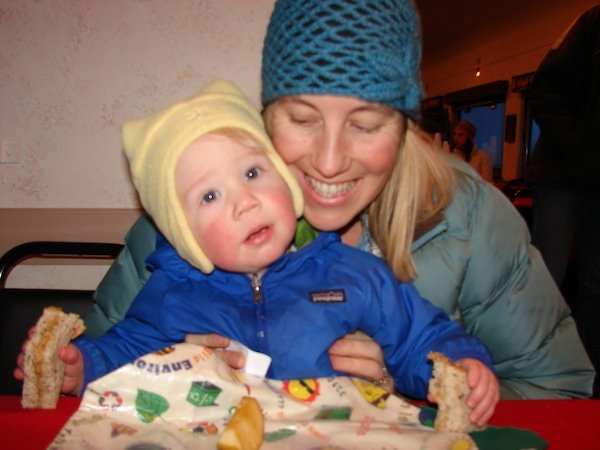 Finny and I enjoying our sandwich. 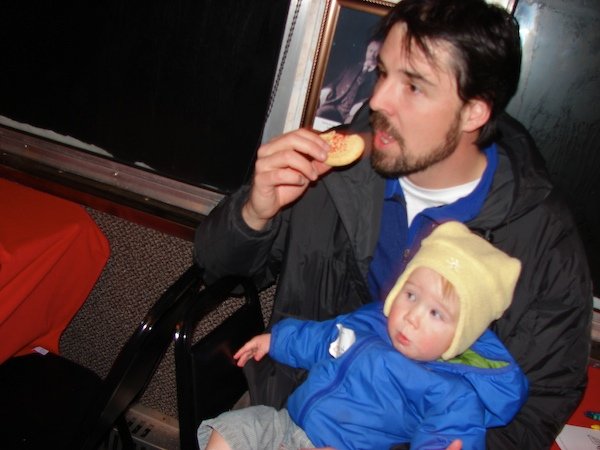 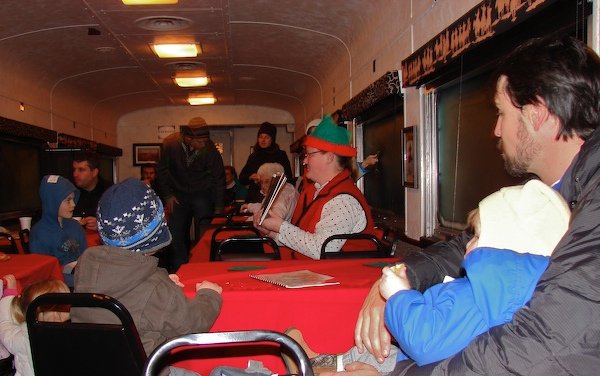 The elf reading The Polar Express. 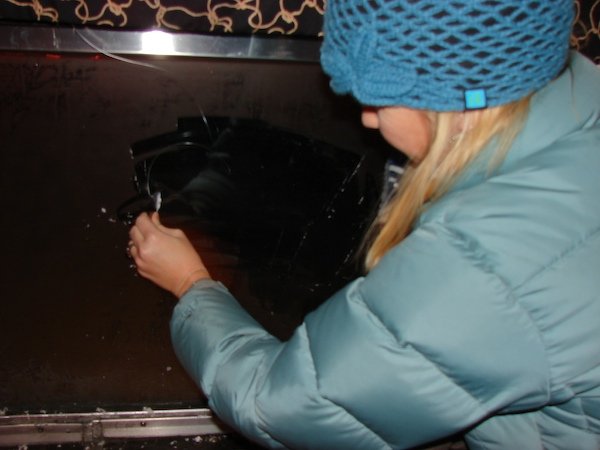 Clearing the ice off the window as we approach the North Pole. The train wasn’t heated and it was around zero degrees out, so it was a bit chilly. Notice I never take off my down jacket. 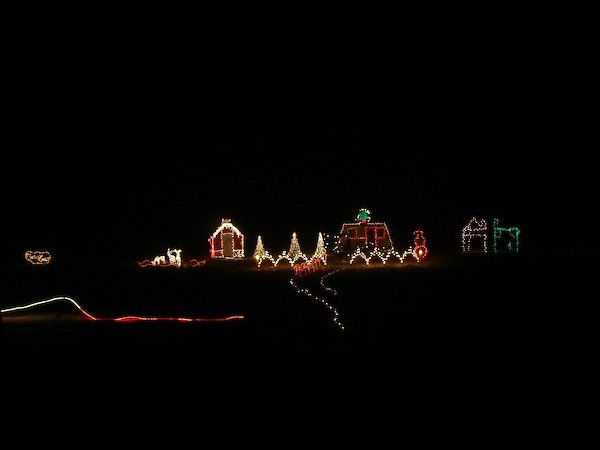 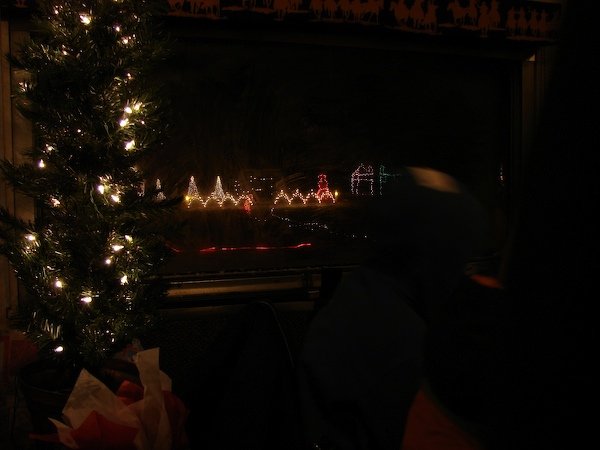 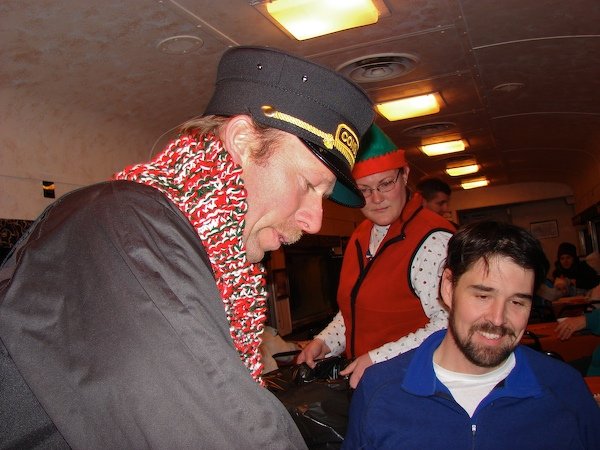 The conductor stamping our tickets. 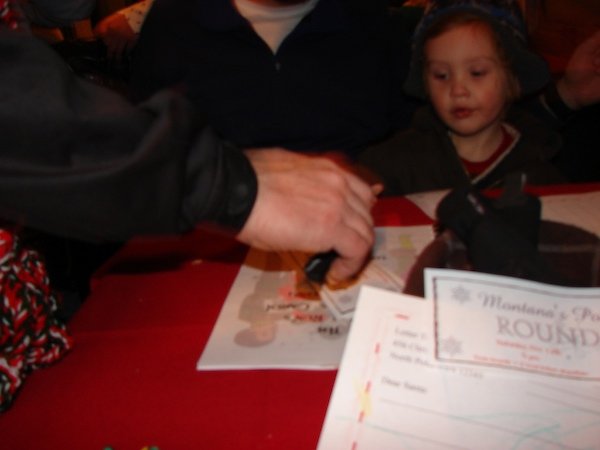 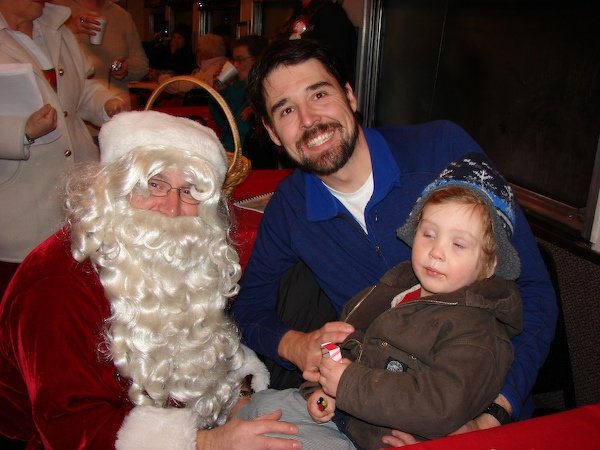 This is the only picture I took of Anders with Santa, so here it is. 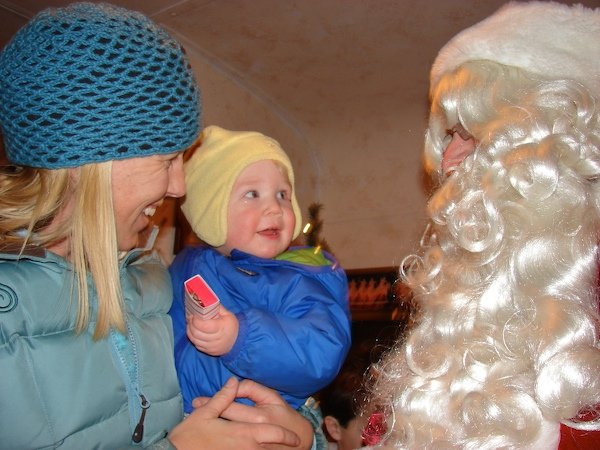 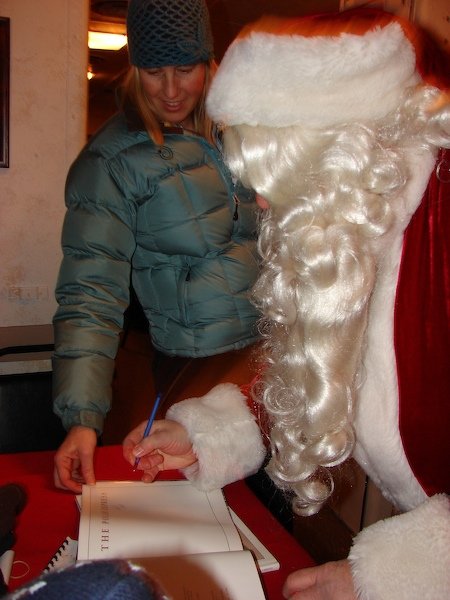 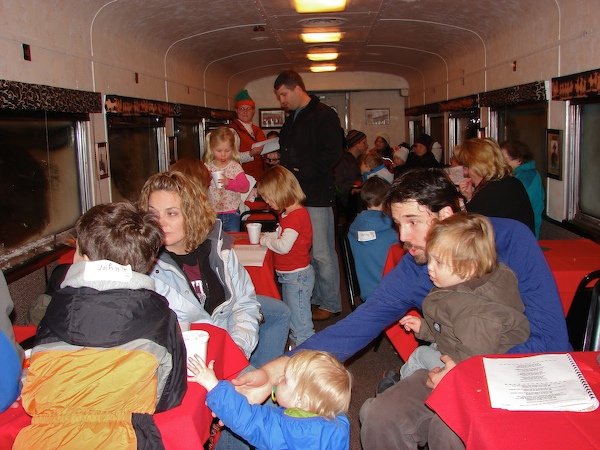 Finn tries to steal something off another table. We’re teaching him to go for wallets next.

The whole thing was so much fun. We’ve read the book one hundred times, so Anders knew just what to expect. He is super interested in trains, so it was neat that he got to ride on one (we rode a train in Argentina, but he doesn’t remember). Finn loved it because Finn loves almost all experiences (except counting stars in the dark and snow when it is zero degrees).

We started to head home, but it was so cold and blizzardy that we decided to spend the night in Lewistown. We had the dogs with us, so the choice was easy; there was nothing critical to get home to. Anders went to bed easily and Finn stayed up until 10, running around, carrying trash cans and rolling all over the bed. At one point in the middle of the night I woke up to find him laying across my neck. How he slept like that, I don’t know. 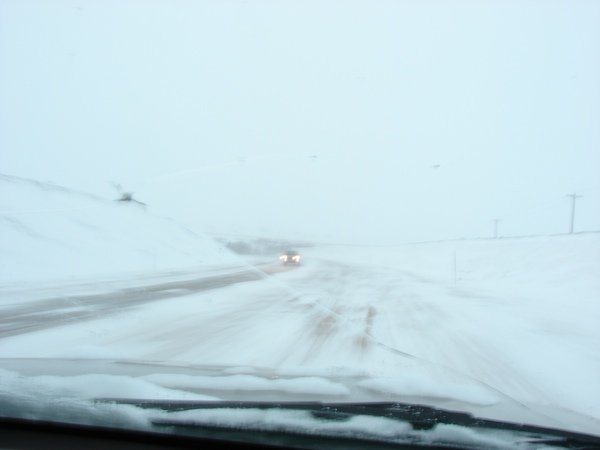 The drive started off snowy, but cleared up. 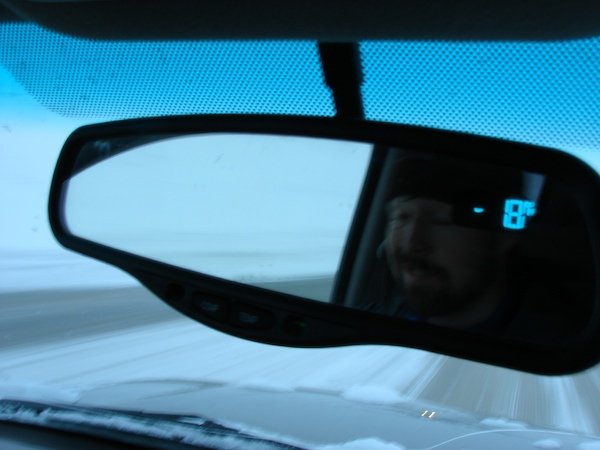 It did not warm up, however. 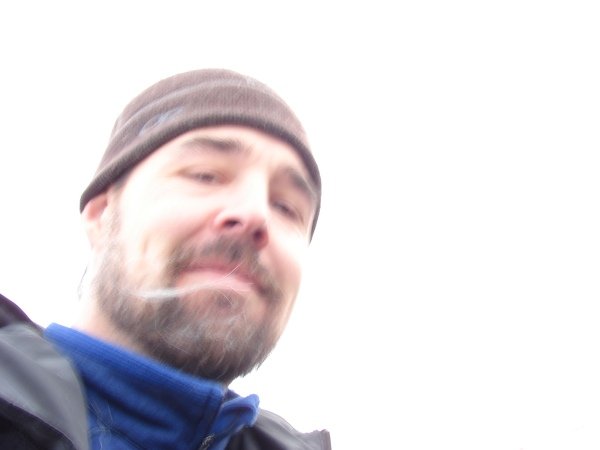 Kind of hard to tell, but H is covered in Rigby fur after he (Rigby) tried to jump out of the back of the truck at a gas station. It was quite the wrestling match. 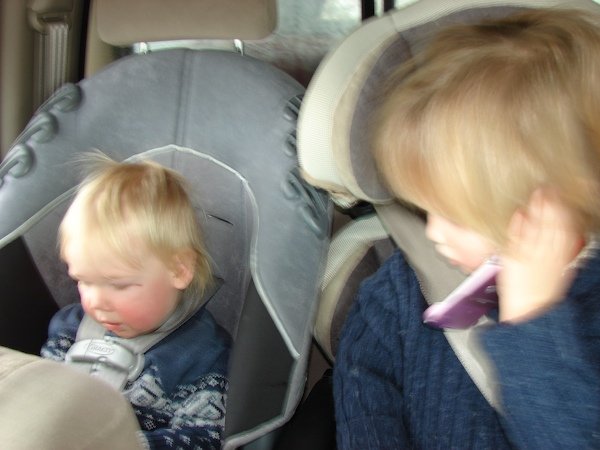 The boys make phone calls on the way home. 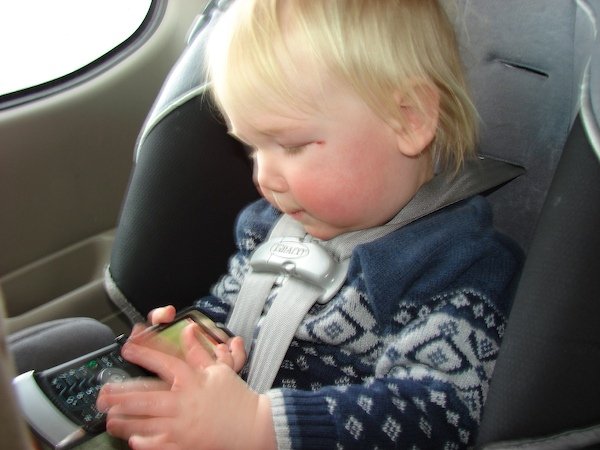 2 thoughts on “All aboard the Polar Express!”