You’ve probably been sitting around for the last year wondering what happened to the 9th Street bridge. As you may recall, the bridge started to collapse last year when the Yellowstone River was at flood stage. I updated once when the Bailey bridge was put up.

No one could figure out what to do and the city couldn’t afford to build a new bridge. Since June the island has been closed to everyone except those who live there. We kept the Bailey bridge for so long that the city was obligated to buy it.

Now the bridge is being removed and the Bailey bridge will remain in place until a new bridge can be built, whenever that is.

From the Livingston Enterprise (keep scrolling for pictures!)

The Bailey bridge cannot support the heavy equipment the county uses to remove debris that collects around the Ninth Street bridges piers during high water. If the county does not remove the debris, the bridge might collapse or the river could flood, officials say.

Despite appearances, the Ninth Street bridge and the Bailey bridge are not connected, Nelson said.

Island residents will be without natural gas for some of the construction period. The gas line to the islands is attached to the old bridge, so workers will shut it off while theyre working, officials said. Power might also be impacted, Nelson said.

The county plans to pay for the project with money from the federal stimulus bill, Malone said. However, that money is still in the hands of the Montana Legislature, which is reviewing a bill that would disburse the funds.

Money for the project is earmarked in House Bill 645, which has passed the House and is now in the Senate.

Malone last week said the county would use money from another pot of federal stimulus cash set aside for energy efficiency and conservation projects. But this week he said he had confused the more recent allocation of additional money with the funds already in the pipeline with HB 645. 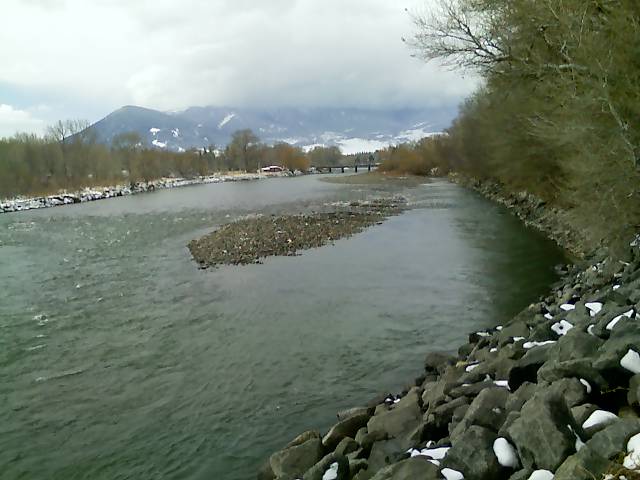 The bridge from a distance. I took this with my phone and emailed it to myself. Techno-fancy!

The lead up to the current bridge. Residents only! 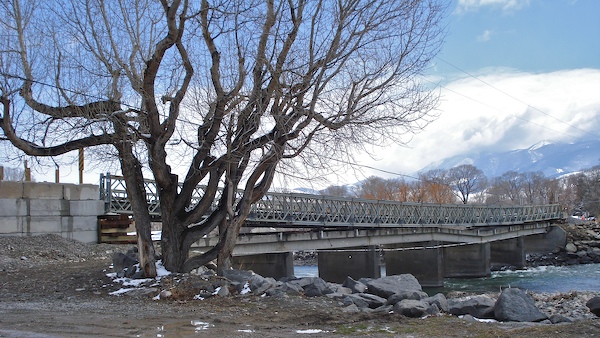 Just before the bridge removal. 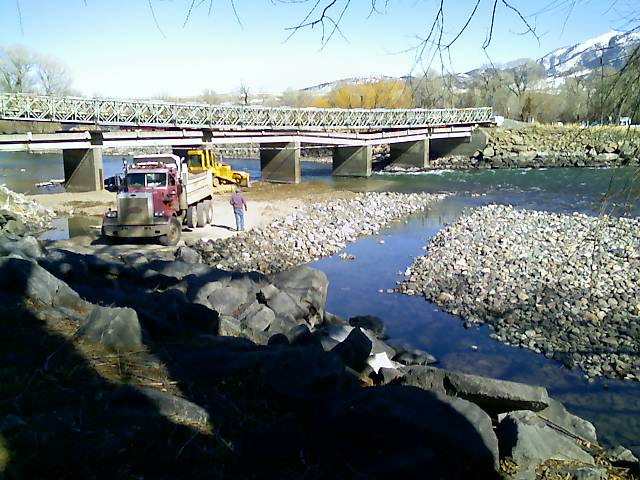