On July 2nd we went to the 4th of July parade. We like to stay ahead of the rest of the country here in Livingston.

“We” included Big H, Henry, Anders, Finn and yours truly. In addition there were 4,000- 4,500 other spectators, 160 entries and two hours of hometown fun. The sun shone, rain poured from the sky, sirens rang, horses trotted, children dove for candy (except for ours since they don’t really know what that is), unicycles were ridden, hands were waved, politicians tried to woo us and so much more.

H and I forgot the camera, but Big H was kind enough to take some photos and let Henry use his camera. Here are a few of the 81 photos from the Livingston Roundup Parade. 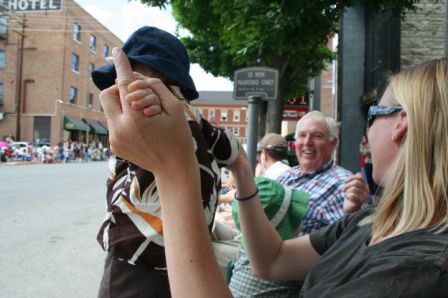 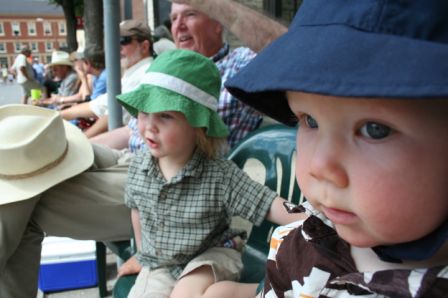 A and F watch downtown fill up with parade enthusiasts. 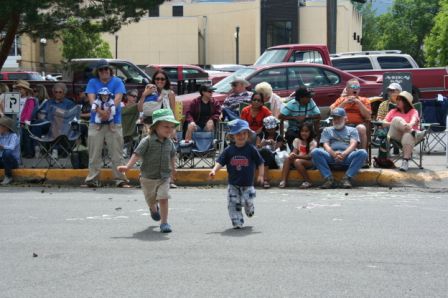 Anders and his buddy, Logan, kept running back and forth across the street pre-parade. Logan’s parents (seen holding twin babies) were on the other side. 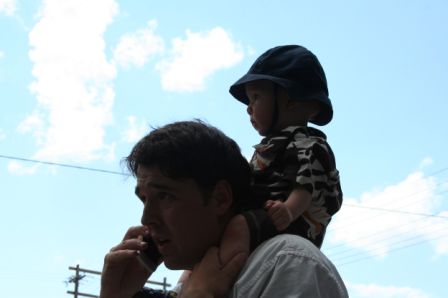 Henry is always on call. Finn is often on shoulders. 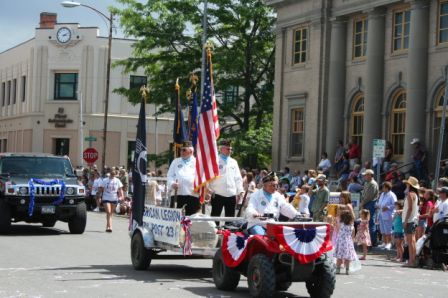 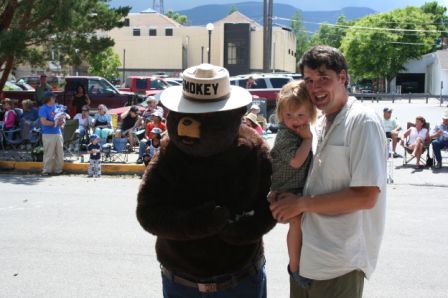 Only you can prevent forest fires (although we know forests need fire, so…) 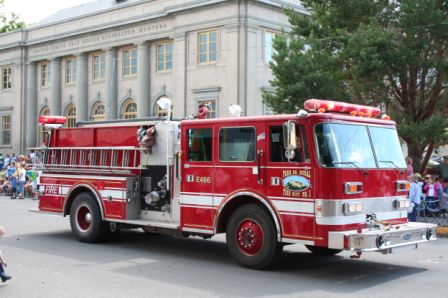 Every fire engine, police car, ambulance, snow mobile, jet ski and other emergency vehicle in Park Country is in the parade. The sirens are SO LOUD!!! They scare the heck out of Anders and he actually had to leave the parade route temporarily. I held Finn’s ears closed and wished someone had clamped their hands over my ears. It is SO LOUD!!! 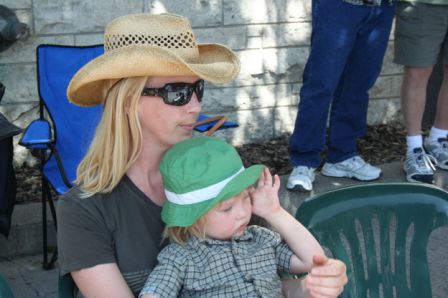 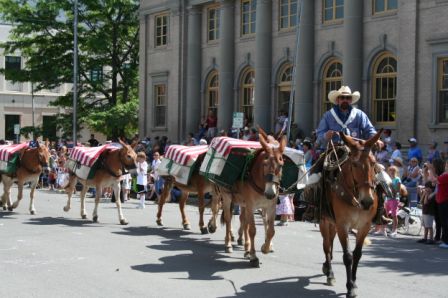 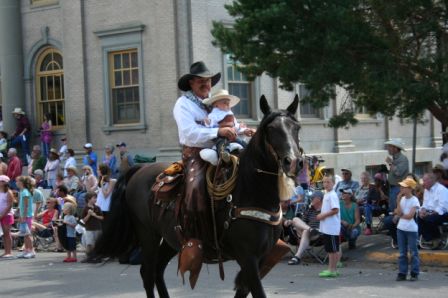 This man had a leather Baby-Bjorn-type carrier for his grandson. It was pretty darn cute. Cowboy baby (4 or 5 months) slept through most of the parade. 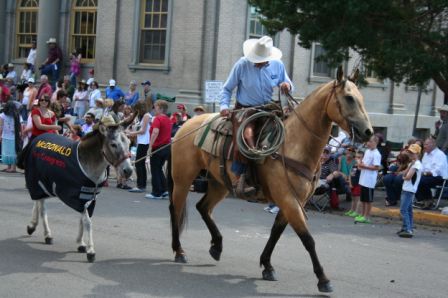 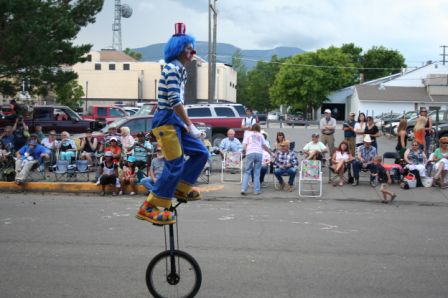 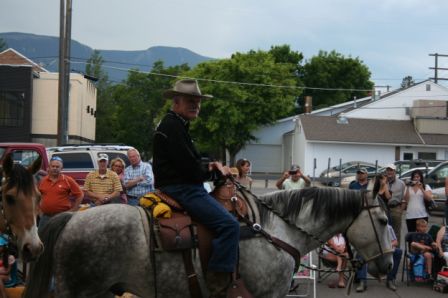 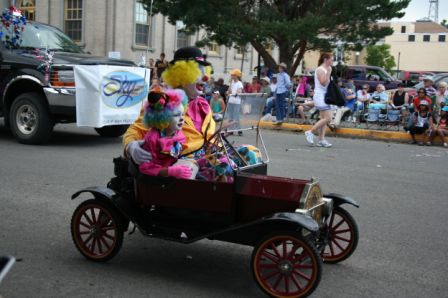 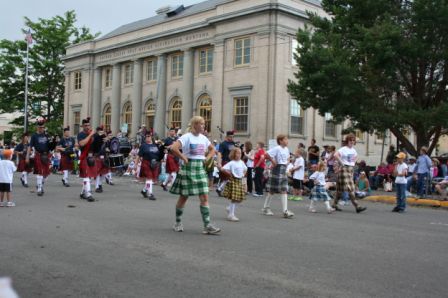 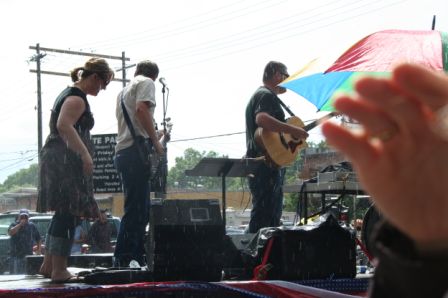 Playing in the sudden downpour. We were trying to hide in the shade for most of the parade. Then, hiding from the rain. You just can’t predict Montana weather. 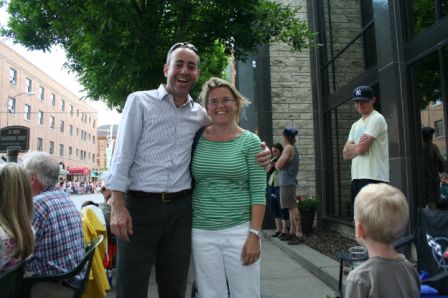 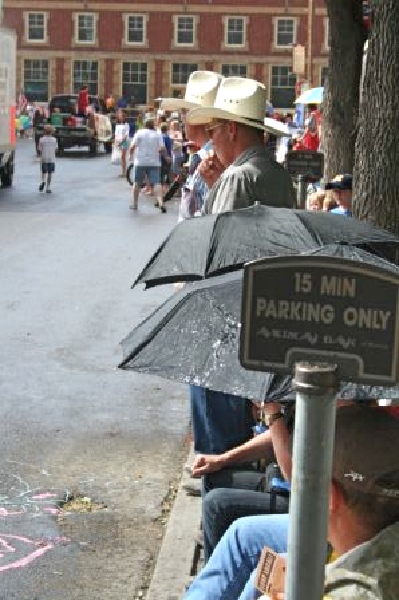 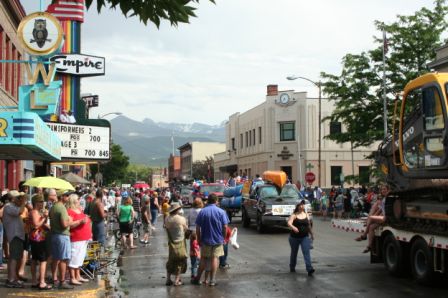 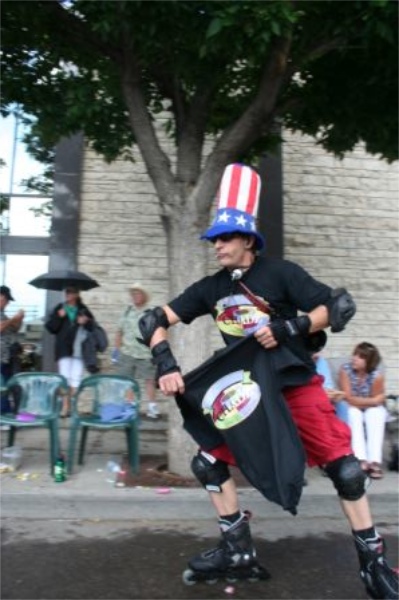 Chad, from one our favorite coffee shops–Chadz, giving away t-shirts and coffee. 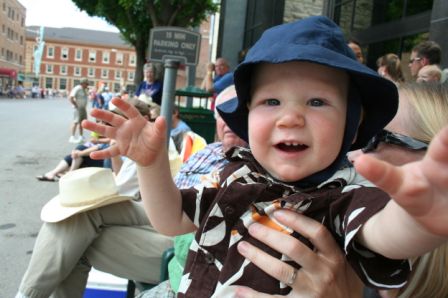 Finn loves a parade (and to try to grab the camera).

Did I mention that I LOVE small town America? It’s true.